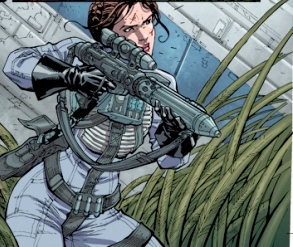 Like Del Rey, Dark Horse only made a small number of new product reveals this time around at Celebration VI. One of their upcoming titles, though – Brian Wood’s Star Wars – definitely earned showcase attention, with a Friday evening session in the Star Wars University room dedicated simply to Wood and editor Randy Stradley holding an hour-long casual conversation with fans about the series. I was excited about the comic before, and after listening to their discussion I’m even more optimistic that Star Wars will deliver some great stories.

The main Dark Horse panel was Thursday afternoon at the Behind the Scenes stage. Stradley and his team reviewed the titles already in progress, including the return dates in October and November for two of my current favorites, Agent of the Empire and Dawn of the Jedi. They also revealed a new arc for Dark Times and a new two-issue story for Purge, but apparently we’ll have to wait for the news from New York Comic Con to find out the hinted-at but still secret new ongoing series. And just to be sure everyone understood correctly, Stradley went out of his way to emphasize that Star Wars is not a reboot and does not ignore existing continuity, but simply is an accessible “gateway drug” title for comics fans who aren’t immersed in the depths of Wookieepedia. 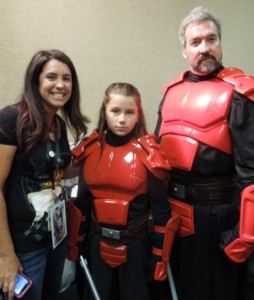 During the Q&A, a fan asked about the possibility of more Legacy stories. The answer was a noncommittal wait-and-see, but that’s entirely fair and expected given that John Ostrander and Jan Duursema are deeply invested in creating and producing Dawn of the Jedi, and John is scripting Agent of the Empire, too. Legacy is by far my all-time favorite Star Wars comic, though, so I had to smile at the question. And it was great to see so much Legacy cosplay at Celebration, too, showing the enduring popularity of the series. I saw two separate groups of cosplayers attired as Imperial Knights, which always warms my fangirl heart.

I hustled over to the Brian Wood Star Wars panel after the end of The Clone Wars Season Five premiere, so I missed the first few minutes. But the Force was on my side in timing, because the conversation had just turned to Leia’s role in the series as I took my seat. The teaser art of Leia flying an X-wing was no accident: she’ll have an active role and military mind in the series, on par with movie Wedge. Stradley noted that sometimes writers fall into the trap of thinking that if we didn’t see something in the movie, then they couldn’t do it in their stories – but the way it would really be in-universe is that everyone in Star Wars knows how to fly. (Having just caught a bit of Return of the Jedi on Spike TV over the holiday weekend, I’m reminded that Leia certainly didn’t seem to have any trouble hopping on a speeder bike and chasing down scout troopers through the Endor forest at breakneck speeds, did she?) Wood likewise added that “it never occurred to me that she couldn’t” fly with that level of talent, and that it was “something I’d want to see as a reader.”

In his remarks about his goals for the tone of the series, Wood said he is deeply committed to matching the spirit of the Original Trilogy, and A New Hope in particular. The characters will face challenges, but the storylines will not be dark – a deliberate departure from some of his other comics work. Humor will appear in banter and sarcastic comments, just like the films. The core characters will be the focus, but a secondary cast will appear, as well, including Rebel pilots and Imperial officers. As every writer should, Wood will also work in some of his favorite characters – Bossk and Boba Fett earned mentions at the panel. He has pitched and planned out a year’s worth of stories to begin the series, avoiding over-planning and giving himself plenty of room to let the writing and the characters drive the creative process. And he is committed to building suspense and telling a great story without the need for an ever-present threat of character death. Stradley noted that emotional conflict, not just fear for the characters lives, can make the readers care.

The readers, Wood agreed, can get lost in enjoying an awesome story, even if they know where things end ultimately up – and that’s his job as a writer, to deliver a story of that caliber. Everything I heard at his panel convinced me that he can.

The panel also provided a chance to elaborate a bit more about the connections between Star Wars and the existing Expanded Universe. Wood emphasized that one of his main principles is “don’t break anything, otherwise go for it.” He deliberately chose not to read any more EU materials once he signed on for the job, to avoid borrowing from them even subconsciously and help bring a fresher perspective to his writing. (He has read some of the EU previously as a fan, though; the X-wing novels got a mention as some of his favorites.) He didn’t rule out nods to other material, but the main goal is to make Star Wars as accessible as possible. From her seat in the front row of the audience, Lucasfilm senior editor Jen Heddle added her thoughts, explaining that Star Wars is for anyone who loves the movies and love comics, even if they’ve never read anything else in the EU, and they can expect to see the characters behaving as we’d expect from the movies. She noted that, having recently caught up on the EU after taking on her new position about a year ago, she tries to look at Star Wars through the eyes of herself as a fan before that – and finds herself doodling hearts in the margins of Wood’s scripts. Talk about a good sign!

Perhaps what impressed me most of all about Brian Wood, though, was his humility. When he said it was flattering to be asked to write Star Wars, and that it was scary at first but also lots of fun, his genuineness was completely visible and clear. I left the panel with the impression that he truly “gets it” – what Star Wars means to the fans, and the obligation the EU creators have to keeping the franchise in trust for us. I can’t wait to read his first issue of Star Wars in January.

Finally, I have to extend a special note of appreciate to Randy Stradley for being so generous with his time, insight, and supportiveness with Linda and me during the convention. We had a chance to talk to Randy extensively on Saturday evening, even getting temporary appointments as the Pithettes in the Order of the Pith Lords deviously overseen by Randy and Ryder Windham. Randy was equally generous on Sunday at the Dark Horse booth, recommending one of his Dark Times arcs to Linda even before she made her charity donation to acquire one of the fabulous Pith helmets they were selling for their fundraiser. Thanks, Randy! I look forward to seeing you again at a future convention.

For the rest of our coverage of Celebration VI, click here. 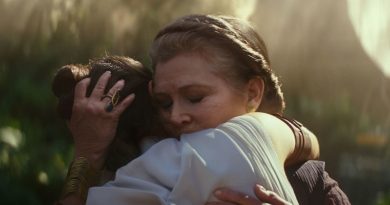 The End of the Skywalker Saga: The Failures of The Rise of Skywalker, Part 5 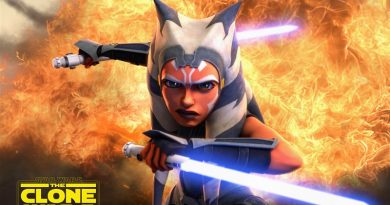 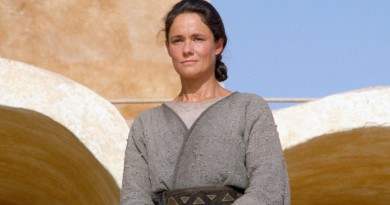