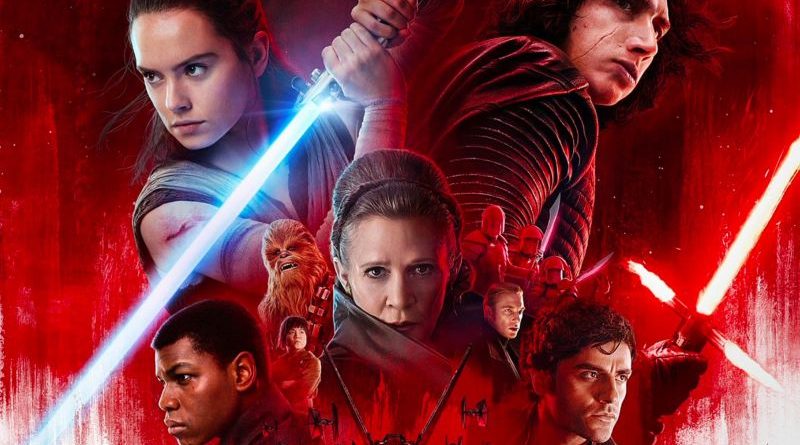 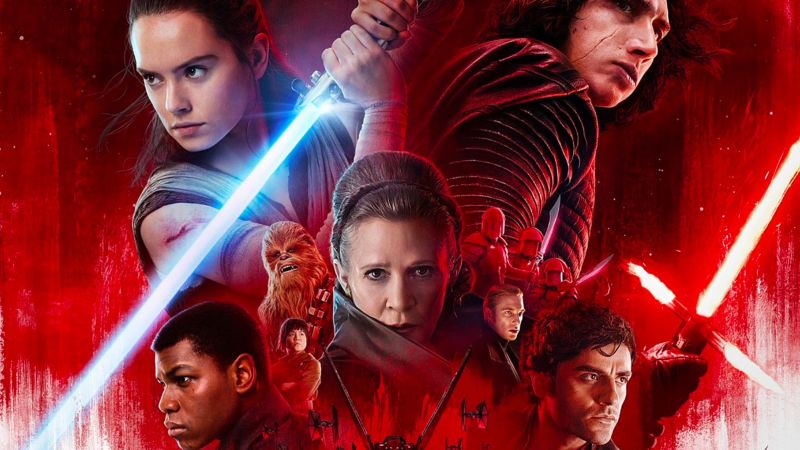 A year ago, we lost Carrie Fisher. For some, that meant the end of an era, the end of Princess Leia on the silver screen. For others, hope is not lost that her legacy will continue under the guidance of a new generation of actresses. For everyone who loved Carrie Fisher, The Last Jedi looming on the horizon brought trepidation and bittersweet emotions. Writer-director Rian Johnson had assured fans he didn’t alter the story or Leia’s role in it in response to Carrie’s death. We wanted to see her final performance. We hoped it would do her justice.

The stark moment Leia is blasted out of the Raddus’ bridge is breathtaking, because it draws back those raw memories from last year when Fisher died. Although opinions vary on General Organa’s space operatic Superman-style return to her command ship, most fans are happy Leia’s Force abilities finally have been displayed. While some propose this is an instinctual use of the Force in self-preservation, not a demonstration of skill by a trained Force user, the movie contains clues that point otherwise.

Immediately before Leia is propelled into space, a close-up suggests she realizes who is attacking her ship. The film deliberately cuts between mother and son, settling on Leia who has a knowing look. (What she knows is open to debate.) Kylo Ren hesitates, but one of his wingmen hits the mark. The bridge explodes, decimating the Resistance leadership. Notably Poe, Finn, Kaydel Ko Connix (played by Fisher’s daughter Billie Lourd) and others are staring out into space. Do they expect Leia to save herself? Do they know she can? It is worth noting that in a movie about the fate of the Jedi, the revelation of Leia’s Force ability marks the end of Act One, where the hero of a story crosses a threshold. In terms of our perspective on Leia and the Jedi, the threshold crossed is that Leia has revealed herself as a Force-user in a storytelling universe where that fact was never before overtly acknowledged.

When Leia is placed on the gurney, she drops the homing beacon that connects her to Rey for Finn to pick up. Later, the responsibility this beacon represents is symbolically passed between Finn and Poe, until Leia takes it back again when she returns to command. So the question is: How injured is Leia? If she’s gravely injured, why isn’t she in a bactasuit like Finn? It is possible for a trained Force user to heal herself. Is Leia in a meditative healing trance?

One of the questions I had after my first viewing of The Last Jedi was the timing of the Force link between Kylo and Rey. So I paid attention to it on multiple re-watches. It doesn’t begin until after Leia feels Kylo’s presence during the battle and while she is unconscious (or meditating) in the medward. In The Force Awakens, Leia had implored Han to try to reach Kylo; it’s possible she still hasn’t given up hope but believes someone else will need to reach across the divide to her son. We know from Kylo’s discussion with Rey, and via Snoke’s mind-reading, that the young man known formerly as Ben Solo is troubled. After thrusting his lightsaber into his father, Kylo doesn’t commit to the murder of his mother. The grand finale of the movie shows Kylo is struggling with judgment and even his perception of reality. Possibly his mother, who he thinks dead, sneaks through a door in his wounded soul.

When Kylo and Rey have their first ForceTime, he makes a point of questioning who has connected them. He opines that the effort would kill Rey. (In part this bit of dialogue exists to establish the stakes for Luke later on; a person can’t Force-project without it taking a toll.) Leia has offered a place in the galaxy to Rey – the beacon is to “light her way home” – and a familial connection to her son. If Leia is in a Force trance, then one sibling at the beginning of the movie mirrors the other’s action at the end of the movie, Leia’s in an effort to help Kylo rather than Luke’s to distract him. 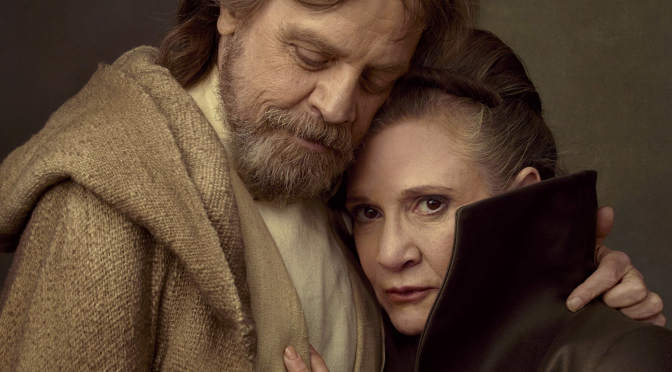 When Luke eventually taps back into the Force on Ahch-To we see Leia, lying in the medward, speak his name. If she has felt her brother’s presence reaching out to her, it’s plausible within the rules of this movie for Leia to connect with others. In addition, it appears that the pool over the emblem of the First Jedi acts as a focal point for the Force, and the new lore suggests the island is a sort of Force antenna that Luke uses to project himself outward. Then why couldn’t Leia be using this Force-amplification another way? Notably, the only ForceTime that we don’t see initiated is when Rey confesses to Kylo about her experience in the Mirror Cave. At this point, she has progressed in her training and it isn’t inconceivable that Rey reached out to Kylo on her own. In fact, Luke breaks the connection when their fingers are touching.

So what about Snoke? He claims responsibility, but he also claimed to be unbeatable and we know how that turned out. Snoke likely did toy with Kylo’s emotions during their connections, given how easily Snoke is shown to read Kylo’s mind. But how did he reach out to Rey and intrude into her mind to join hers with Kylo’s in the first place? Their meeting on the Supremacy appears to be the first time they’ve ever interacted in person, and Snoke has to forcibly read Rey’s mind with the Force to learn the location of Luke Skywalker and the planet Ahch-To, which he then pledges to destroy. From that we can conclude Snoke hadn’t known her geographical location in the galaxy previously. But why not? If Snoke could find her in the Force, why couldn’t he glean a sense of where she was, too? The key might be in Kylo’s dialogue when he remarks that he can’t see Rey’s surroundings. If Leia were manipulating this connection, the light side balancing Snoke’s dark, she would protect Luke and Rey. That’s what made me suspicious of Snoke’s role in initiating the contact, and what turned me on to the possibility that Leia is fostering this connection in a last ditch effort to redeem her son.

Leia returns from her trance, hale enough to shoot Poe, only after Rey is off Ahch-To and Holdo’s escape plan is in a dire position of being compromised. What struck me about that scene is how much it reflects Darth Vader’s appearance in A New Hope. The sealed door blasts open. Did Leia do some Force blasting? It’s unclear, but what is apparent is that Leia presents the opposing image to Vader’s black costume, dressed in all white as she comes through the opening to quell a rebellion within the Resistance. She has gone from Leia the Grey to Leia the White, an homage to Gandalf’s transformation in Tolkien lore. In addition to Gandalf, she moves in a way that gives a visual hat tip to Yoda in Attack of the Clones, where he hobbles about with his cane tricking everyone into believing he’s not as powerful as he truly is. Just a short time later, Leia again wields a blaster in the Crait base, this time backing up Poe’s approach to the crashed shuttle. She completes her affirmation of his newfound leadership wisdom when she implores the others, “follow him.” Thinking about the steady decline of the Jedi Order as they became wrapped up in politics, which eventually led to them being generals and military leaders, Leia’s withdrawal from command might be showing us an inversion for the Jedi Order to return to what they once were.

The Last Jedi’s penultimate scene unfolds with Rey and Leia talking about Luke’s passing and the future of the Jedi Order. What made Luke the perfect person to bring Darth Vader back from the dark side – his remote upbringing, his adoptive family life, his naïve optimism – never set the character up to create a Jedi Order, only save it from extinction. Leia, on the other hand, is well-educated in politics, philosophy, and many of the other intellectual disciplines that would need to be in the toolkit of a person leading the way in rebuilding a new Jedi Order.

Over the course of the movie, Leia is fostering the next generation of military leaders in the Resistance, likely because she intends to strike out on a new path, to finish her quest initiated in the opening scroll of The Force Awakens:

With the support of the REPUBLIC, General Leia Organa leads a brave RESISTANCE. She is desperate to find her brother Luke and gain his help in restoring peace and justice to the galaxy.

Sitting next to Leia is a young woman who wasn’t handed the Jedi life due to bloodline, but rather scrapped and fought for it, first with her reticent mentor Luke and later against Kylo when he asked her to join him. True to her own childhood, she scavenged the books Luke didn’t want. Leia is right: they have everything they need to rebuild the Jedi Order. They have the books, a Master and an apprentice, and hope. This is how I read the story, as a sequel trilogy that is sending two women on a quest to rebuild a Jedi Order, the guardians of peace and justice that we were introduced to forty years ago in A New Hope. 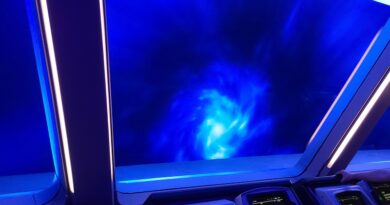 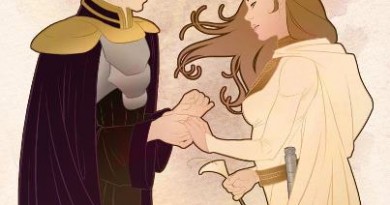 One thought on “Leia Organa: Leader of the New Jedi Order”