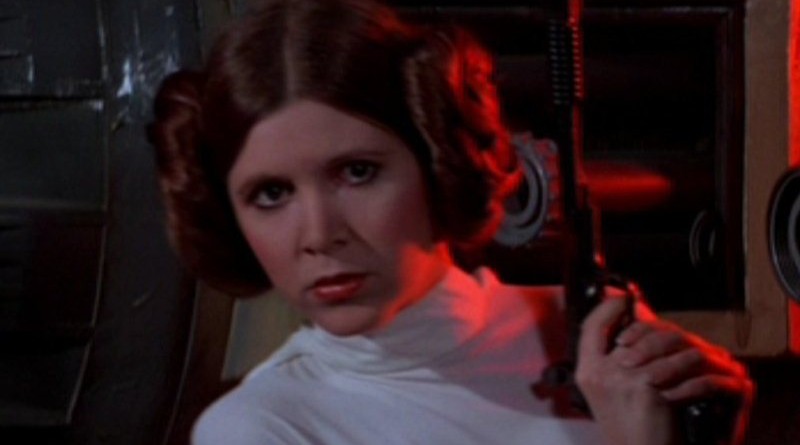 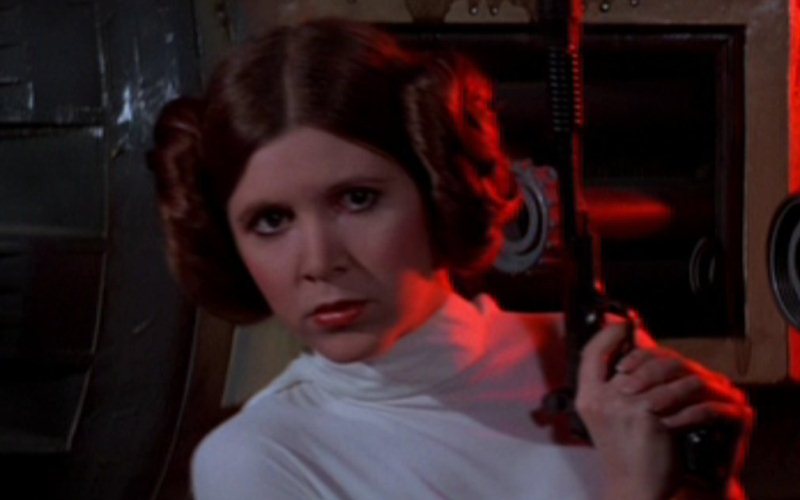 Close your eyes and think of Leia Organa. What is the first image you see? The white clad heroine of A New Hope? The uniformed general of The Force Awakens? The gold and metal dressed prisoner of Return of the Jedi? For any of these options, and others unmentioned, the first image will always be one thing: Leia the warrior. From the very first time that Carrie Fisher appeared as one of the defining characters of the trilogy, Leia has been a fighter in every sense of the word – secreting the stolen plans to the Death Star into R2-D2 for safe keeping, only moments later to drop a stormtrooper to the ground with a single shot from her blaster. Unlike nearly any other character in the cinematic franchise, Leia Organa has always had one foot in the battlefield and a hand cradling a blaster.

One of the best modern scribes of Leia, Claudia Gray, aptly summoned the spirit of Queen Breha in Leia: Princess of Alderaan to serve as a role model for the young princess. Breha is a leader who recognizes the cold realities that often underline the necessity of war. Leia’s introduction to the rebellion began several years before her capture on the Tantive IV, featured in the aforementioned novel but also in the second season of Rebels. In both instances Leia’s approach is determined, guided by the justness of her cause. While both popped into existence approximately four decades after A New Hope, they are informed by an irrepressible fighting spirit that Carrie Fisher bestowed upon the character, be it facing down Grand Moff Tarkin or casually observing with tactical insight that the escape from the Death Star was nothing but a ruse to lead the Empire to the rebels’ secret base. It’s this first cinematic Star Wars episode which establishes the starting point for the trajectory of Leia the princess to the general in the opening of The Force Awakens. It is a well populated path at that. 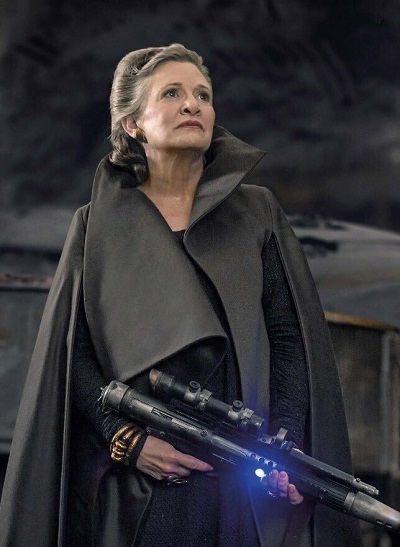 While never assuming a military title in the original trilogy, Leia is present at every military briefing. When the rebel pilots sat in silence to learn how to destroy the technological terror of the Death Star with a single well-aimed torpedo, Leia stood shoulder to shoulder with another rebel general. As X-wing after X-wing disappeared from the battle display, she stood beside the military command stuff anxiously waiting for a miracle to happen – one her brother would accomplish. When the Imperial Navy appeared in the stars above Hoth, she was consulted by the rebel general on the ground on evacuation plans and conveyed those plans to the pilots themselves in the chilled hangar full of fighters and snow speeders. Years later, aboard Admiral Ackbar’s flagship, another mission briefing on how to destroy a Death Star is conducted with Leia was in the front row in military khakis ready to volunteer for the perilous mission to disable the shield generator. For virtually the entire franchise, the leadership that Leia Organa has displayed has been almost wholly militaristic in nature. It has been a leadership she has been more than willing to exhibit on the front lines of battle.

The first time the Princess of Alderaan hefts a blaster rifle in A New Hope, it is the moment she takes over her rescue by Han Solo and Luke Skywalker. Under the pressure of blaster bolts heating the air within the narrow confines of the detention corridor, Leia quickly spots the only way out, the garbage chute. From that point on, she never relinquishes command and only momentarily, the blaster rifle. The third act of both The Empire Strikes Back and Return of the Jedi include her wielding a blaster rifle, in an attempt to save the carbonite frozen Han Solo or fighting under the towering canopy of Endor’s trees. In each situation, she either takes the lead or essentially shares command with another. In the original trilogy, only Leia suffers a blaster wound in combat. (Luke’s hand receives cosmetic damage – not quite the same.) Even after being wounded, she continues to fight. In Leia, we find the perseverance of a warrior, whether facing the Empire’s best or strangling the most feared crime boss in the galaxy to death with a chain meant to control her.

Leia the Huttslayer, Leia the princess, Leia the senator – regardless of the title, Leia Organa has always been a warrior, if only on different fields of combat. For as much as the characters of Han and Luke evolved over the course of the original trilogy, from smuggler and farm boy to heroes of the rebellion, respectively, Leia’s characterization never wavered in the context of who she was when she was captured aboard the Tantive IV to when she gazed up at the brilliant mini-nova of the second Death Star in the skies of the forest moon; she was then and remains still, a warrior. 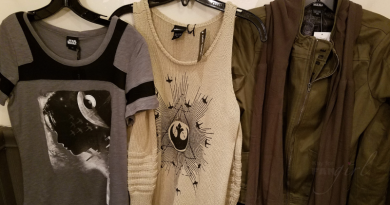 A Look at Hot Topic’s Rogue One Fashion Collection 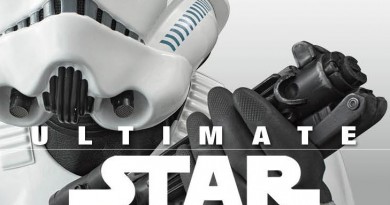 Tricia Barr: Tours, Quotes, and Appearances in May 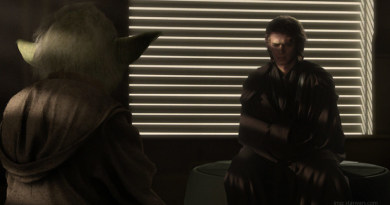 Discussing the Arrogance of the Jedi at Dragon Con

One thought on “Leia Organa – Warrior”