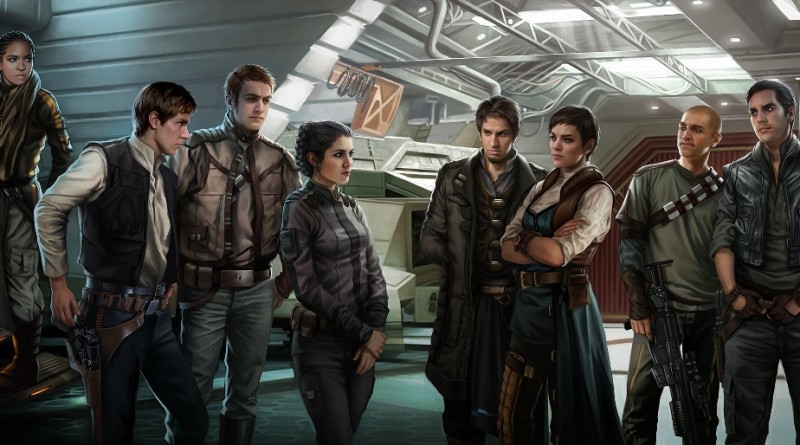 Artist Magali Villeneuve brings to life a scene from Star Wars: Empire and Rebellion: Razor’s Edge, out next week. The book highlights Princess Leia as she struggles to safeguard the Rebel Alliance while trying to preserve a piece of her lost homeworld of Alderaan. Earlier this week, author Martha Wells talked to Hollywood.com about the novel. Today, we feature an interview with Villeneuve, who has done licensed work for Game of Thrones and Lord of the Rings in addition to Star Wars.

Many Star Wars fans were just introduced to your spectacular work when Del Rey announced on their Facebook page that you did the art for the Princess Leia short story by Lucasfilm’s Jennifer Heddle. You are not new to Star Wars art, though. What has been your previous work for the franchise?

Magali Villeneuve: I regularly work for Fantasy Flight Games’ (FFG) Star Wars line. I made illustrations for their Living Card Game, and during the past few months I’ve been hired mostly for designing and painting characters in the “Edge of the Empire” RPG.

In addition to Star Wars you’ve worked in Game of Thrones and Lord of the Rings. What is your favorite part about making art for each of these franchises?

MV: My favorite part is the one that says: “stay away from the movies/series, and find your inspiration in the books.” No matter how much I love Peter Jackson’s movies or HBO’s adaptation for these franchises, I love the idea of trying to make something different from them. I first wanted to become an illustrator because I kept drawing the characters and scenes from my favorite books, trying to show on paper what I could see in my imagination. Lucky me, now my real adult job is to do that!

How did you first get hired to do franchise artwork?

MV: It was in 2010. I was already a professional illustrator then; I started in 2006. I had seen the first volume of FFG’s Art of A Song of Ice and Fire in a book shop, and thought I would give an arm to illustrate this book series! So I tried my luck and sent my portfolio. Five days later I had my first assignment for the “A Game of Thrones” LCG. (And I didn’t even have to give a limb!)

Do you have any advice for aspiring artists?

MV: The first advice I always give is to make sure you’re really ready for this job. Because it’s not only all about having fun painting cool stuff. When you begin, it’s hard and often unrewarding, let’s face it. You often work more than 10 hours a day for so little money. Or worse, sometimes you have no work at all for weeks. And after that, when you’ve found your place at last in the industry, you have to fight to keep it. Build yourself warrior armor, that’s the first advice.

The second one is no less important, in my opinion: find what you’re the best at and develop that specific talent. The common mistake in young artists’ portfolios is they want to prove they can do everything (which is rarely true). At the end, their portfolio looks like a muddled melting pot of styles, inspirations, and techniques, and I don’t think art directors have a real taste for that. You have to help them define in only one or two glances what makes you special. I based my whole career on my ability to paint believable characters, no matter the gaps I had otherwise. I knew what my “strength” was and I exploited it. You’ll have your whole career to improve your weaknesses, but only a few chances to jump at to get your main talent noticed.

On the Leia artwork specifically, you bring an emotional depth to her character. How do you make the connection with her?

MV: Simply by watching the movies and observing her expressions, the way she moves, her distinctive attitudes… And of course, by understanding her motivations. Leia is a beautiful character inside and out. Such a lady makes the work easier, I’d say. She’s expressive, she has charisma, she’s not the caricatured strong woman archetype I find so hard to become attached to. I had to paint her several times, and loved each and every one.

Did you read the Star Wars Insider short story before illustrating it, or did you work from notes?

MV: I did read the short story. I’m glad I could, firstly because I think it was great, secondly because in general, I’m not able to read the texts I illustrate. This one was short, so I could sit back for a moment and enjoy it. But aside from my reading, I also received notes from both Jonathan Wilkins, the editor, and Erich Schoeneweiss at Del Rey. They had a whole list of ideas for me, suggesting key-moments that would be worth showing. Then I chose three and was ready to go.

The artwork for Razor’s Edge reveals a cast of very different characters. You’ve previously created art for novel moments, I’m sure you often don’t get to read the entire book. Can you explain the steps in getting this scene from the words on the page to a finished illustration?

MV: It depends a lot on how good the information I’m given is. You’re right, I don’t often get to read the entire books, because I don’t have the time to. So it’s up to the publisher/editor/art director to send a relevant material: a short recap of the situation, characters descriptions, the general mood, and sometimes some quotes from the text. A well-trained illustrator knows how to create an interesting image with minimal information.

That’s exactly how we worked on this scene. I received an email explaining the situation, where it was taking place, and who was involved and how. It was a bit of a challenge, as eight standing characters is not something commonly asked for. Eight characters including two well-known faces, and not a lot of action: that means a huge work on details, attitudes, and facial expressions. But I’m not going to lie: details, attitudes, and facial expressions are my main motivation in life!

Do you do any original work?

MV: The fact is my illustration schedule is always so jam-packed that there’s not a lot of room left for original work. But I do have a personal project in my drawer: an illustrated short (and dark!) story I hope I can publish someday. I also have been published as an author in my country (France), a dark fantasy series entitled “La Dernière Terre.” I make illustrations for these books, along with my co-scriptwriter, Alexandre Dainche, who’s also a professional illustrator (and a great one).

Where can people find you and your work?

MV: I’m a discreet girl on social media, but I still have a Twitter account (@Cathaoir1), the only social network I visit on a daily basis. I also update my illustration blog regularly: magali-villeneuve.blogspot.fr. For anyone curious about “La Dernière Terre,” there is a website: www.laderniereterre.com.

But the safest way to see what I’m up to for you English-speaking guys, is to check out the next publications at Fantasy Flight Games, Wizards of the Coast, or Random House, to name but a few. 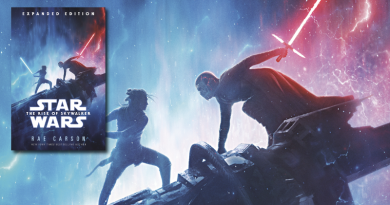 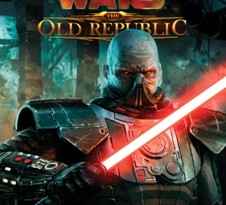 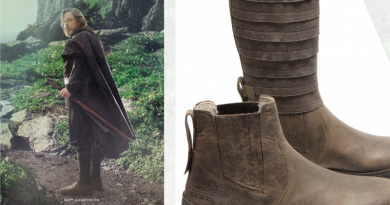