What a difference five years can make.

If you had told me in the spring of 2006, at the time we were anticipating the start of the Legacy of the Force novels and the Legacy comic series, that in fall 2011 I’d be far more excited for Season Four of The Clone Wars than for any upcoming Expanded Universe book or comic, I’d have said you were crazy. It just goes to show that things don’t always turn out the way you expect – sometimes great opportunities are squandered and low expectations get exceeded by a mile. Perhaps the best way to illustrate how Star Wars turned out that way for me is compare two Star Wars conventions a half decade apart. 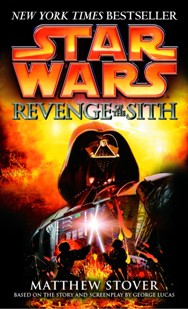 When I traveled to Celebration III in April of 2005, the theatrical release of Revenge of the Sith was about a month away. I’d already read Matthew Stover’s amazing novelization, though, so my main interest in the movie was seeing the teaser clips for a first glimpse at how the story would look on the screen. I went to a Rick McCallum session to see them, but I really didn’t have much interest in the deliberately (and understandably) coy Q&A, just the clips. There was the George Lucas session one morning too, but I had zero interest in lining up in the wee hours in the unseasonably frigid Indianapolis weather to hear more of the same can’t-really-talk-about-the-movie banter. So I slept in, missed it, and read reports on the internet later. One of those items was the news that Lucasfilm was beginning production on a new animated television show set in the Clone Wars era – but at the time, that didn’t really pique my interest all that much. What really had me excited at Celebration III was the EU panels: one on the post-NJO books that turned out to be the announcement of the Legacy era, Dark Nest, and LotF; another on Continuity in the EU with several authors on the panel; and a third with Stover talking about his novelization. As awesome as it was to see some movie footage, those panels were far more interesting to me. The discussions were insightful and fun, and the news we learned had me enthusiastic for the future of the EU. I got Stover to sign my copy of the novelization, as well as books signed by Aaron Allston, Karen Traviss, and Troy Denning. 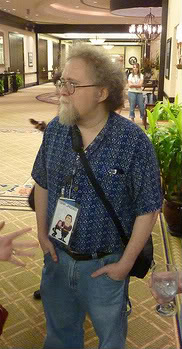 By the time I drove down to Celebration V in August of 2010, my priorities had essentially inverted completely. The incredible Legacy comic series had already been cancelled, so I attended the Dark Horse panel to see if any of their new projects were worthy of equal interest – and quickly realized they weren’t. The grim Dark Nest trilogy had been followed by the grimmer LotF series, and five books into Fate of the Jedi it was clear that series had a terrible story design and no meaningful effort at quality control. So I went to the Del Rey and FotJ panels not from any enthusiasm for the books, but to see if anyone would step up and take responsibility for the letdowns and shortcomings – and heard only the most indirect and noncommittal admissions, and nothing to suggest that significant change was going to be forthcoming. I made time to talk to the EU creators whose work I still respected, of course. I thanked Allston for his positive contributions to LotF and FotJ, including giving him a Team Jagged badge on behalf of the members of the Lomin Ale Cantina, and told Jan Duursema I wished she could have kept telling more Legacy stories. I also got to snap a great picture of Tricia giving Jan a picture of Ganner the horse, and another with Ashley Eckstein at the Her Universe booth when Tricia thanked her for everything she’s doing for fangirls. The panels I was really excited to see, though, were the ones for TCW. The panel on the Art of Storytelling lived up to its name, with many great insights into what makes TCW such good Star Wars. The Season Three preview was low on spoilers and teaser clips, but the comments from Dave Filoni drove home the whole team’s commitment to constantly getting better not just in the show’s visuals but also in its stories. And while I still didn’t expend the effort to get in line hours early for the Lucas-Stewart “Main Event” on Saturday, I happily made time to watch the replay on Sunday to hear George talk about TCW.

How could so much change in my Star Wars experience and my Star Wars priorities as a fan in just five years? To summarize in one sentence: it wasn’t a change in my interests, but in the contrasting trajectories of the two lines of Star Wars story products.

To this day, I can honestly say that I care more about the characters in the New Jedi Order and Legacy eras of the Expanded Universe than I do about the characters in The Clone Wars. Unlike some fans of my generation, I’m not a prequel despiser. (I enjoy both Revenge of the Sith and Attack of the Clones more than Return of the Jedi, for example.) In fact, it was the Prequel Trilogy, not the EU, that brought me back to Star Wars as an adult, and the first fanfics I wrote featured the prequel characters. But it was the post-RotJ EU that kept me passionately invested in Star Wars after 2005, both as a fanficcer and a customer. If both TCW and the Legacy era of the EU were producing equally good stories, I have no doubt I’d be enjoying both but would be far more enthusiastic for the EU.

The reality, though, is that TCW and the EU aren’t telling equally good stories. It’s not even close. I’m not going to repeat all the points made in prior blog posts praising what TCW does so well and what the EU has been doing so poorly. Suffice to say: for a fan like me, the diverging trajectories of TCW and the EU make my decision about where to focus my Star Wars interest very easy.

High quality stories and characterizations for Anakin, Obi-Wan, Padmé, Yoda, Ahsoka and more? It’s no effort to find the fun and enjoyment in that. Poor storytelling and botched characterizations for Luke, Leia, Han, Jaina, Ben, Lando, and the rest? No thanks. I’m still reading because I care deeply about those characters, but I don’t spend large amounts of time or money on products that just leave me frustrated, disappointed, or downright ticked off.

As I look ahead to the EU books and comics on the horizon, what’s been announced from now through May of 2012, I see very little that makes me want to run to the bookstore and drop down some money. Over that same span of time, we’ll get the entire Season Four of TCW – and I can’t wait for the battles and characters arcs or the amazing new visuals.

The season premiere of TCW is two weeks from today: Friday, September 16th, at 8:00 p.m. on Cartoon Network. If you’re a disaffected EU fan and you haven’t watched TCW yet, I’d strongly urge you to give TCW a try. You won’t need to have seen the prior seasons to follow the characters or the stories. Even if you’re not a big fan of the prequel films, I think there’s a good chance that if you’re willing to turn on the show with an open mind, you might find yourself surprised at how much you enjoy it. I can say without hesitation that TCW has far exceeded my expectations – and maybe it’ll do the same for you, too.

Of course, I hope that someday the EU finds its way back to the pinnacle and joins TCW in telling top-notch Star Wars stories I can’t wait to get my hands on. Until then, I’m incredibly grateful to George Lucas, Dave Filoni, and the entire cast and crew who writes, animates, and voice-acts The Clone Wars that I have their show to turn on for my weekly fix of really great Star Wars storytelling. 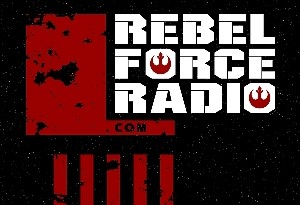 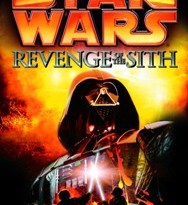 2 thoughts on “The Clone Wars, the Expanded Universe, and Me: Five Years of Twists and Turns in Star Wars”