The Star Wars panels stretched over two days, so for my longer comments I decided to group them into the two parts based on how interesting and fun they were for me.  Part One included the exciting panels, some of which don’t necessarily appeal to my direct sensibilities as a fan.  But Hasbro, Bioware, and Lucasfilm Animation brought enthusiasm to the table when they got up on those daises, and enthusiasm is infectious.  The biggest takeaway I took from these folks trying to sell their products – because that’s what Comic-Con is, a big marketing junket – was that they were fans just like you and me.  The second biggest takeaway was that they took pride in their work, and rightfully so.

By comparison, the Star Wars Books and Dark Horse Star Wars panels were disappointing.  Because these panels are available as video and a recap thanks to the hard work of JawaJames at Club Jade, I’m not going to go over the nitty-gritty details of these two panels. Rather, I’ll give you my impressions as someone in the room who is one, a consumer and two, has participated at these kinds of conventions in my own line of work.

As I noted in my daily recap, Dark Horse started late and ended early, and the highlight was Seth Green crashing the panel.  The intention had been to celebrate twenty years of Star Wars at Dark Horse, but it fell completely flat. Where was the passion for the upcoming products or the enthusiasm to get to talk about new contributions to the Star Wars universe? It felt to me like Dark Horse was only holding a panel because they had to, not because they actually wanted to.

Sadly, I can’t offer any different feedback on the Star Wars Books panel, either. It opened with a slide presentation of upcoming releases, all of which we already knew about. The rest of the panel was fan Q&A, with nearly all of it focused on getting the insights of Tim Zahn. There was no enthusiastic pitch about impending books, no revelations of new titles to spark interest. The whole experience, honestly, just confirmed that there isn’t much in the future of Star Wars Books for me to be excited about as a fangirl.  Let me explain…

On the delay for Fate of the Jedi: Apocalypse, Shapiro noted that Denning “is terrified.”

Considering that Del Rey’s own editor-in-chief, Betsy Mitchell, declared this the Golden Age of Science Fiction during the Her Universe panel discussion on creating good female characters in the genre, I have to say the publishing house is not putting their product where their mouth is.  Mitchell confirmed that more women than ever are buying science fiction, yet the offerings Del Rey is putting out in Star Wars aren’t even in the same city as the ballpark of attempting to reach that audience.

Shelly Shapiro, Del Rey’s editor-at-large for Star Wars, read this laundry list of upcoming books in barely more than a monotone, and prefaced the whole thing with an apology for being a little slow on the uptake because she’d just returned from a six-week sabbatical.  That seemed to show in her presentation: she said nothing about any previously unannounced titles, even though the existence of a post-FOTJ series has already been revealed by the Random House catalog promotional page for Apocalypse. Nor did she mention that Allston’s Wraith Squadron novel will be titled as part of the X-wing series, which remains highly popular with fans and was just recently released in the ebook backlist. (In fact, Shapiro didn’t bother to mention the existence of the ebook backlist itself, either.)  Really, though, it’s what she didn’t say that tells the story of why Del Rey is having such a difficult time.  Like the Dark Horse panel, there was simply no enthusiasm for her product.  Again, conventions have turned into fan fun, but they exist so franchises can hock their wares.  It’s almost impossible to sell a product if the frontwoman isn’t excited herself.

Honestly I suspect Shapiro realizes she’s a little short on product. Del Rey’s next Star Wars offering, Fate of the Jedi: Ascension, was penned by Christie Golden, who attended the convention and even did a book signing at the Star Wars booth – yet she wasn’t on the Star Wars Books panel.  Golden’s last entry into the Fate of the Jedi series, which was riddled with typos and earned complaints among many fans about the storyline and the portrayal of female characters, hit bookstores shortly before Celebration V in Orlando last year.  The Fate of the Jedi panelists at that convention, which included all three authors and Shapiro, looked ready to drop under the table. Despite receiving a lackluster series, fans didn’t brandish their vibroaxes or verbally berate the panel; there was one honest, heartfelt appeal from a young lady known as a longtime fan that summed up the overarching disappointment of female fans, and that was about it for the public criticism.  That was almost a year ago, and nothing has changed. Golden’s book is out next week, and although Shapiro offered up the platitude that she’s heard good initial buzz on Ascension from some skeptical fans, that’s about all we got on the flagship series.  As someone who’s been reading the EU books for over a decade, I think actions speak louder than words.

The most interesting part of the panel occurred when Timothy Zahn got his chance to speak.  Star Wars books don’t encourage their authors to speak up enough.  Everything I heard reinforced that he is insightful about Star Wars and dedicated to his product.  And while a lot of authors like to say they are fans, Zahn proved he’s just as big of a fan as the animators from TCW or the Bioware staff.

When asked about whether he had known in advance about the death of Mara Jade, and his thoughts on her death, Zahn didn’t pull any punches.  He candidly stated that he had not been told about Mara’s death when it was approved or written, but actually heard much later from a fan that there were rumors of her impending demise.  Zahn then gave his reasons for why he felt her death was a bad decision, beyond simply that he had created her character.  First, as a matter of principle, his philosophy, as he explained, was to only kill characters when it’s actually necessary to the story, rather than for shock value.  For a frame of reference he used the movie Serenity.  The death of Shepherd was crucial to the progression of the story, as the motivation for Mal’s choices and actions; Wash’s death was not, as it did not serve to advance the plot or character development but just as a gut-punch to the audience. To Zahn, Mara’s death is far more the latter than the former as it transpired in Legacy of the Force. Second, the loss of Mara’s character to the ongoing stories was also a bad idea. As he put it: “she’s a very useful character; she’s hard to replace.” Interestingly these are all things I have discussed previously in connection with her death, so it was fascinating to hear similar thoughts coming from an author I respect so highly.

In all fairness to the panels, coming from a business background I know that the people tasked with running projects because of their professional strengths – such as engineers, writers, and even editors – aren’t always skilled at the art of sales.  It’s tough to get up in front of a group of people and pitch a product, but the fact of the matter is that’s part of the job.  The best engineers don’t get to design roads or bridges if they don’t sell to someone that they’ve got what it takes to do the job.  It’s even tougher in a market for feel-good commodities where disposable income is at stake.  It used to be that being Star Wars was good enough; not so any more.

These two panels at Comic-Con reaffirmed my belief that Del Rey, Dark Horse, and Star Wars need to reconsider their choices of storylines on the literature side and how they in turn market those to the book-buying public, more than half of which is women.  While the state of the literature hasn’t gotten quite the publicity as the DC Universe’s diversity debacle, as a female fan the parallel is most certainly there. 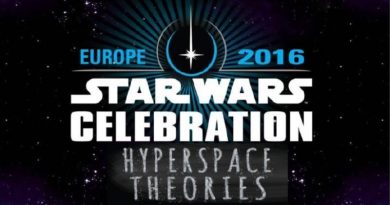 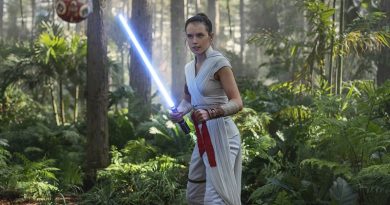 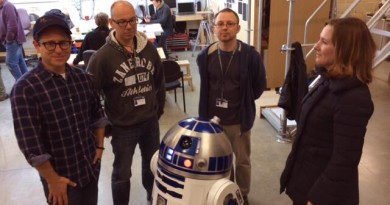 3 thoughts on “My Star Wars Days at SDCC: Part Two”