Me: “Lock S-foils in attack position.”

MG: “At least he knows his Star Wars.”

This conversation occurred between another player and me late one night in the trade channel of Orgimmar in World of Warcraft. The conversation spawned around a half dozen comments ranging from how, yes, women can play MMOs to the superiority of male players. The subject was dropped when another player began whining about the PVP queue times.

After being involved in three different MMORPG games, I’ve heard just about every insult, argument, and stereotype about women and gaming. The most commonly heard statement is that women just can’t play. Another popular one is that a woman plays the game because of her husband or boyfriend. You know, because the idea that a woman can purchase a MMO, install it on her computer, and actually top a DPS meter is such a radical idea.

These remarks, and others, will find their way into the much-anticipated Star Wars: The Old Republic. Those of us who have spent time in various TOR communities have already heard them. For example, while logged on to one fansite’s vent server, a high-ranking staff member commented about Satele Shan’s role in the “Hope” trailer. Shan fights against the Sith on Alderaan and eventually faces Darth Malgus. He complained that a man should have been in Shan’s role. I spoke up against that statement, saying how great it was that a female starred in the video. He hadn’t realized I was online and then babbled about how great female game characters were and the games he liked that features female leads.

The difference with TOR, at least for me, is that the comments include not only how women can’t be gamers, but also that we shouldn’t like Star Wars.

Players of TOR will see a mix of MMO-only fans and Star Wars fans with no MMO experience, and these groups add to the discrimination. Mere hours after pre-orders began, some of the members on the official forums who purchased the Collector’s Edition bragged about how much better they were than other players. Early forum members often act as if they are bigger fans, and thus more entitled to the game, because they registered years ago. While running around as my Chiss Imperial Agent, I will undoubtedly encounter a player who has no idea what a coralskipper is, but can figure out a strategy on a difficult boss after a couple of attempts. This doesn’t mean the person has no right to play the game. These types of elitist arguments turn a fun Star Wars experience into a rage-filled waste of time.

Women will be in all of these groups.

When faced with discrimination in a MMORPG, it’s vital to think about how you would handle the situation in person. Hiding behind a computer screen can give a person a false bravado. Each player must find her own way to deal with the situation. For example, a Priest I used to partner with in WoW would laugh off insults and then ignore the player. Another player, a Hunter, would argue with the offending party. It’s also necessary to figure out the type of person you’re dealing with. As one of the first lessons a person should learn before logging onto the internet, don’t feed trolls.

Coupled with discrimination is sexual harassment. Sexual harassment of any type should not be tolerated and each incident reported. It may not seem like a big deal at times  – he’s only kidding, for example – but by allowing a player to sexually harass someone, he’s receiving a message that that type of behavior is acceptable.

The world of MMORPGs is one more area of “geekdom” in which women face opposition. By allowing sexist, disrespectful comments into TOR, the game will lose much of its potential excitement for fangirls. 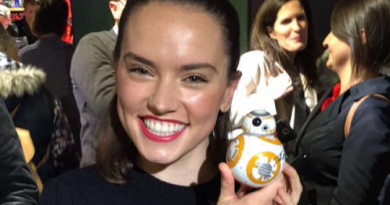 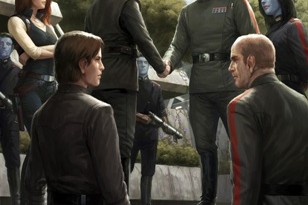 The Fel Family: A Portrait of Awesomesauce – Part Two