PART 1 – STEAMPUNK PRIMER: A Definition in So Many Words

“All that we see or seem is but a dream within a dream.”

HOW IS ‘STEAMPUNK FICTION’ DEFINED?

Steampunk is an acknowledged subgenre of Science Fiction and Fantasy. All three members of this literary family exist to answer the same question: “What if?” Beyond this commonality, everyone appears to have their own scholarly or intuitive definition of Steampunk fiction, and as a result, discussion and controversy seem to grow along with the genre’s popularity. 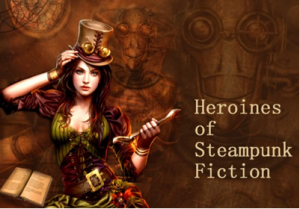 In his book, “Steampunk: An Illustrated History”, best-selling author Brian J. Robb presents ideas from a number of knowledgeable sources to show the complexities of reaching consensus. Robb sets out his own requisite that “altered history” is essential to Steampunk storytelling and more enigmatically suggests that “[Steampunk] is history from the minds of men.”

He quotes Stephen Hunt, author of the popular Jackelian Series of Steampunk novels: “For my work it’s always been the hard fusion between fantasy and the society of the Victorians”; and also Editor Lou Anders, who says, “Steampunk is anachronistic science fiction, chiefly but not exclusively concerned with the nineteenth century. There are those who believe that in order to be true Steampunk a work must be set and centered around Victorian England.”

Robb also quotes author Mark Hodder, who believes that Steampunk has a “[central] revolutionary political content”, that it “mischievously takes once hidden motives and makes them overt”; he also calls Steampunk “wry” and “playful.”

None of these knowledgeable sources gives a comprehensive definition, but to take this quest a step farther, such a sampling of opinions could result in a compiled description: “Imaginary, anachronistic Victorian Fantasy and/or Science Fiction, set in nineteenth century England with themes of political and social revolution and within the context of altered history treated with cynical yet playfully mischievous attitudes.”

Obviously, that does not represent a workable definition.

In contrast to those with ready opinions, others question whether definition is helpful, or even necessary.

In a roundtable interview about Steampunk at Tor.com, documentary filmmaker Martha Swetzoff makes an astute observation: “I am deeply ambivalent about [definitions] in all sorts of ways. Mostly, because they become a trap that tends to engender division rather than community. I have already gotten a sense that the steampunk community is really involved in defining itself — maybe that will be good, but it does seem rather contrary to the spirit of the thing.”

When pressed, Ms Swetzoff added: “I suppose that I see steampunk as a conversation with the past, and less of a sci-fi take on it.”

The idea of a “conversation with the past” is poetic with a rather romantic Victorian sensibility – perhaps the sort of descriptive phrase the represents the way many Steampunks feel when they don’t concern themselves with a concise dictionary entry. Unfortunately, the statement is too vague to help non-Steampunks and newcomers to the genre who want and deserve a way to understand its essential components.

Beyond the adjectives that it shares with SciFi and Fantasy – imaginative, innovative, magical, fantastical, creative, and so on – Steampunk has two distinct imperatives: a foundation in Victorian esthetics, and altered historical events. Along with a few other common themes, these basic elements differentiate Steampunk from the rest of its literary category and this may, in fact, more helpful than continuing the struggle to define it.

Brian J. Robb also writes: “There is no such thing as ‘Steampunk’ – only each individual’s interpretation of it.” It follows, then, that to understand Steampunk we need to consider what is being interpreted.

Steampunk sometimes is changed into a compound word, attached by hyphen to a variety of suffixes that specify the style of a novel, for example: Steampunk-Romance, Steampunk-Supernatural, Steampunk-Adventure, or Steampunk-Horror (once known as “Splatterpunk”). Yet through dozens of these variations, a number of deliberate story elements bear Steampunk’s particular hallmark.

The values, customs, manners, language, clothing, and furnishings of 19th century plus a fascination with the steam-powered and clockwork mechanisms of that age are obvious identifiers. Corresponding to the years of Queen Victoria’s reign (1837 to 1901), any aspect of that era can imprint a Steampunk book.

In keeping with Victorian lifestyle, classic Steampunk fiction carries a sense of romanticism. This may manifest as the main plot or a sub-plot. It could also be apparent as part of a sweeping overall adventure. This is also a characteristic that distinguishes between Steampunk and Cyberpunk, another science-and-fantasy combination with a different set of thematic criteria.

In Steampunk fiction, the full impact of the Industrial Revolution is either ignored or denied. Steampunk Victorians opted to perfect the use of steam power rather than advance to new or better resources. Ingenuity is the rule of the day as steam, clockwork cogs and wheels, and to a lesser extent coal, become the building blocks for fantastic, if often implausible, mechanical inventions.

Steampunk stories maintain at least some of the esthetics of Victorian England but frequently time-shift to accommodate altered history. Readers must temporarily abandon what they know to be true and instead accept an environment that may contain familiar yet elements that are significantly changed – always involving spectacularly unreal science.

There are storytelling devices that Steampunk shares with Science Fiction and Fantasy, including time travel, occasional space travel, unusual worlds, and adventuring characters, plus all three genres will intersect through additional subgenres such as romance, crime, vampirism, and goth. However, reinvention of, and mash-ups with, older classic stories is seen more often in Steampunk, as are Tuckerisms (insertion of the names of friends and family members into the story). Similarly, Easter Eggs (in-jokes) may be more common in Science Fiction, but indeed, any of these elements can be found in Steampunk, SciFi, and Fantasy.

The fact that Steampunk has a core framework may be a significant differentiating factor. Science Fiction is not confined to an industrial period or a specific level of technology. Fantasy, while stylish, is not limited by the standards of a specific time or place. With its basic Victorian era, time altering framework, writing Steampunk is a fundamentally different exercise in world-building.

Steampunk novelists might choose a piece of the past, change the details, and take it into the future (retro-futurism), or even into an alternate existence where time is not a factor. Author Cherie Priest, whose steampunk novel Boneshaker made it on Publishers Weekly’s best of 2009 list, suggests that one of the tough parts about writing steampunk is keeping that world straight for both yourself and the reader. “Steampunk is almost by necessity (but not exclusively so) an exercise in alternate history, so the question becomes one of which events to tweak, how to present them, and how to extrapolate their consequences,” she says. “It’s a fine line to walk—you want to change history in a credible way that makes sense; but you can’t be afraid to break the timeline and really make a mess of things.”

Numerous people have expressed this confounding paradigm in some form of the concept, ‘inspirations from the past brought forward to change the future.’ An old idiom can also be rephrased in Steampunk terms: everything old can be new again, but not everything can be the same.

For anyone who still struggles to understand, Steampunk rewards a reader’s leap of faith with fresh, interesting novels, and because it revises the past, often outrageous learning experiences. Brian J. Robb may have been right. The best way to define Steampunk is to read it, and form your own opinion.

Perhaps our inability to limit Steampunk to a concise definition is part of its charm. Readers don’t need an authoritative dictionary listing to enjoy inventive storytelling, a sentiment shared from the writers’ point of view by Cherie Priest: “If it’s not fun, you’re not doing it right.”

NEXT UP:  PART 2 – STEAMPUNK INFLUENCES: You may not realize that you have been Punk’d

If you thought there was controversy about the definition of “Steampunk”, here is an even larger, more contentious issue.

Can you name the original Steampunk novel? Hint: it may not be what you think.

When, where, how, and through what writers Steampunk fiction came into existence is the topic of this post. Depending on your age (or whether you are a classics fan), plenty of those names will be familiar and at least a few may catch you by surprise by appearing in the Steampunk category. You have been reading and watching much more Steampunk than you realize.

Mary Sheridan is a former ER and Trauma nurse with a life-long passion for real and imagined adventure – usually on horseback. Her right-brain enjoys fangirling over genre books and films; her left brain has finally given up trying to bring order to that chaos. Star Wars has been her favorite alternate reality since 1977 but she also enjoys Star Trek, The Hunger Games – most things creative and adventurous. Recently she has grown suspicious that a subliminal indoctrination process was initiated during her early years by a nefarious group of time-traveling operatives in Queen Victoria’s most Secret Service. While researching this series, Mary felt a sudden compulsion to join her local Steampunk Society and spends large amounts of time seeking period costume pieces – evidence of a latent desire to identify herself as a Steampunk. She is being monitored for disorientation since declaring that once she finds the perfect pair of brass goggles, she hopes to go back to the retro-future in a steam-powered DeLorean. 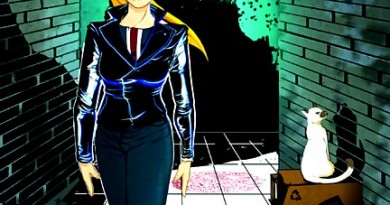 Success for Women in Indie Comics: Part One 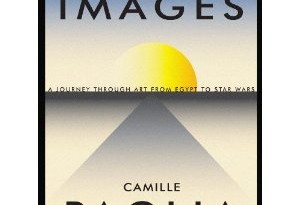