The end is near.

Lady Gaga proved herself to be a stellar contender for the lead in what is now an inevitable contemporary remake of The Sound of Music. In a formidable triad with Lupita Nyong’o’s fabulous dress (adorned with six-thousand-handsewn-pearls) and Patricia Arquette’s rousing acceptance speech, three women were prominent in salvaging the 2015 Oscar telecast from utter disaster. The male standout, in my opinion, was The Imitation Game’s Graham Moore speaking so honestly about suicide and feeling out of place in society.

This year’s self-congratulatory motion picture awards/fashion show will otherwise be remembered for extended lulls, failed comedy, and Neil Patrick Harris embarrassing himself and the celebrity-filled auditorium by appearing in his underwear. That was almost as unfunny as it was lacking in class for a show that likes to think of itself as the stylish global celebrity affair of the year.

Dozens of media sources are reporting today that this Oscar show’s ratings were significantly down, with drops ranging from 10% to more than 15%, definitely the smallest television audience in the last four years. With some variances, the downward trend seems persistent.

This year, it occurred to me that the Fireplace Channel might be more interesting and yet there is vicarious pleasure in watching Hollywood’s old guard get it wrong—again.

Liam Neeson’s presentation speech was a surprise, whether the words were his own or provided by Academy writers:

“Hollywood is often criticized for making too many movies based on toys, comic books and best-sellers. Perhaps that’s true. But not of tonight’s best film nominees.”

If the studios feel they are being criticized, they are missing the point. There is plenty of public discourse on this matter. Perhaps they are not listening or simply misinterpreting what the public wants to see as well as the industry’s role in creating quality products that sell.

As a geeky fangirl, this also felt like a nod to the fact that popular movies exist but are roundly ignored at Oscar time. More significantly, it sounded like an excuse to let the Academy off that particular hook. After all, why would Hollywood want to acknowledge and reward movies for which it is apparently “criticized”? It seems to me, more today than ever before, that the opposite is true: public demand for those movies is increasing.

Is this not added proof that the big studios are run by an ‘Ol Boys Club with a strong desire to make money (hence, the top-grossing films based on toys, comic books and best-sellers) but at the same time are rather desperately and arrogantly holding onto their old-fashioned, elitist notion that they are somehow “above” such pedestrian entertainment?

With a few exceptions, most movies nominated for major Oscars have historically not been close to the top in terms of box office earnings. Some interesting data was compiled by J. Don Birnam in his article sub-titled, “Box Office and the Oscars: Does The Public Matter?” at BoxOfficeProphets. According to their research, Oscar nods are increasingly being given to fewer box office winning movies.

Meanwhile, other members of the press are spinning things differently. Fortune magazine broke down the earnings of individual nominees (lead actors, for example) based on appearances in top-grossing movies. That doesn’t help Hollywood’s credibility, since those actors’ most financially successful and popular projects are not the work for which they receive their Oscar nominations.

Movies that serve popular culture apparently have no other purpose in Hollywood than to earn obscene amounts of money for the studios, thereby supporting the old guard in their pursuit of lavish yet boring self-promotion and a group of exclusive annual parties that cost more than the gross national product of some countries.

This was one of the worst years in recent memory for the overwhelming whiteness of Oscar’s nominees, despite the fact that there were great movies and performances featuring non-white focused stories and performances. There is only one relevant question:

Once again, this hot-button problem traces straight back to that ‘Ol Boys Club of white executives in Hollywood. We can all speculate about the answer but only they can provide one. I am going out on a limb here, but the chance of us hearing a straightforward response is virtually zero, and that makes the situation that much more insulting.

Why Do We Care?

Aside from all of its glaring problems, the Oscars occasionally reward truly great actors in defining roles. Last night, J. K. Simmons was one of those worthy recipients. Setting his rather strange acceptance speech aside, his win was both expected and deserved.

And then there was the aforementioned Patricia Arquette who, after running through her gratitude list, ended her speech with a plea for gender equality that raised feminist fists from Meryl Streep to thousands of women who followed-up with a rally on social media. The best part of Ms Arquette’s Oscar win? She, too, gave a terrific performance deserving of recognition.

Let’s be honest, we love a party where beautiful people dress up in outrageous and sometimes fabulous clothes. The problem for me is that once I’ve seen the dresses and the edgy suits, the celebrities are seated and the show begins, it’s all downhill. Over the years, Oscar hosts have been occasionally good (Billy Crystal) but mostly mediocre. Due to intense lack of interest about them, I have only rarely seen the majority of nominated movies (I spent my entertainment dollars on top grossing toy, comic book, and bestseller-based films). Some nominees are so far outside the mainstream that they are not even a tiny radar blip unless you read the advertisements in The Hollywood Reporter. The fact remains: if, as a member of the public, I can’t judge whether the stories or performances or sound editing was good, how can I work up any enthusiasm to cheer for an Oscar win?

Oscar is looking pretty dull. The Academy, it seems, is running low on polish. Hollywood needs to sweep out the ‘Ol Boys Club and renovate with an eye on modern times. If they don’t, their audience will continue to dwindle. People everywhere will get up from their sofas and chairs to look for something better to do. Face it, movie executives: the public is going to continue to root for its box office champs. Inserting a few Imperial stormtroopers into your dance troupe is fun, but it does not help to make the geek sector of the public like you in the long run. If you do not admit that you are, indeed, in the business of making money by entertaining the average person—if you do not admit that there actually is merit in at least some of your popular movies that dominate the box office—your audience will be gone and the Oscars will be rendered meaningless. For some of us, this is already happening.

By the way, these Oscars lacked a very important contemporary element that would surely have breathed some life into this telecast: Jennifer Lawrence. And as some social media denizens have pointed out, your backdrop did look like the Millennium Falcon while the stage floor resembled Imperial symbols, no doubt a result of inviting stormtroopers to the party. 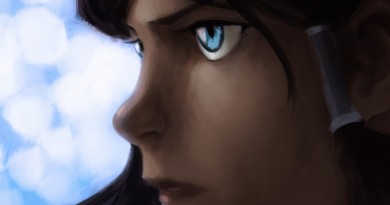