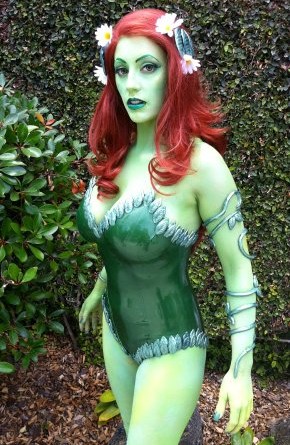 Recently, it seems like uproar after uproar has erupted concerning the cosplay/costuming hobby. Blogs, articles, and tweets all directed at naming what qualifies individuals as “true” geeks, what is okay to costume as, what are “legitimate” reasons to costume, and of course the ever-present mockery of the hobby. With the popularity of the scene now becoming mainstream, these topics need to be addressed.

First, the outcry about true geeks and what qualifies someone to hold that title. Answering this question is as easy as turning to page 23 in the Almighty Geek Reference Book and referring to section 2.3’s Requisites of Geek Checklist. What? There isn’t an international standard of what qualifies one to be called a geek?

Standards of geek don’t exist. There is no red rope or leveling program. Maybe some people at conventions are just working and not in the culture, but it’s the same concept as any job. Someone who works at a clothing store doesn’t mean they need to have an intense knowledge of the history of Coco Chanel, just what sweater is in style at the moment. Knowing who died in Infinite Crisis and then was reborn in issue… It’s no different. It isn’t up to others to judge why someone can be cosplaying. They may have different interests, be new to the hobby, or perhaps just there. Instead of negative commentary and judging, we should share our hobby, the love of it, and make it a more positive experience.

Next, what can one costume as? I have personally had so many comments directed at myself and friends for doing “sexy” versions of costumes. In fact, I was accused of “butchering the character” when I decided to do my female Spartan costume from Halo. When the costume appeared on Kotaku, the comments just got nastier.

For approximately 82 years, comics has been a male-dominated industry. Even with the influx of female writers and artists recently, sexy is still the standard by which the genre is done. So if women embrace this sexuality and their own, or do something original or creative with a costume, we are now to be championed as sluts and attention-whores? To quote Spock, “illogical.” Girls have many different reasons for wearing a sexy costume. Without knowing her reasoning, it’s unfair to make a determination about any individual.

Consider these comments from the FANgirl post about Slave Leia, a costume that has been used as an example of skimpy attention-whoring:

Wearing skimpy clothing does not automatically mean that a woman (or man, for that matter) is vulnerable or giving up their personal power.

Leia refuses to give up her power. She is absolutely sure of who she is and confident in her ability to deal with any situation. Clothing, or lack of it, does not change her fundamental character.

You said it well, FANgirl. Just because a costume is sexy doesn’t mean that the woman or man inside it is a slut, or that a costume gives consent to harassment or worse.

Consider Black Widow, one of the sexiest spies in comics. She is portrayed often wearing skimpy outfits or her suit unzipped in the comics, but I bet if she was real and someone made a comment about her breasts, he or she would probably be on the floor in pain in twenty seconds flat. Or if Thor’s junk got grabbed by someone walking by, I’m pretty sure the result would be a mjolnir splat.

A word of advice to the ladies and gentlemen either wearing that sexy costume, or any costume: own it. Just because you might be showing some skin doesn’t mean you deserve disrespect. You feel confident enough to show that thigh or be in the spandex? Own it.

It’s also important for everyone to remember that just because a person is in costume doesn’t mean they are a professional cosplayer. It may be a person that just wants to have fun; it may be a person who is trying it for the first time. Those cosplayers are just as legitimate as the devoted ones, and they aren’t deserving of any disrespect, male or female. Everyone has a different reason to don a costume, and to judge all of them along one set of criteria is unfair.

Finally, I have to address the mockery of the cosplay scene, both by those in and out of the costuming hobby. The truth is, people are going to judge. The costuming hobby can get called tons of names on a blog by a person who makes fun of us for dressing up, but then goes to scream at a bunch of men in tight pants throwing a ball around. (See what I did there?) The point is, everything we do, in this hobby or not, might be judged.

So each cosplayer has to remember their goals. Why are they in this hobby? Why do they do it? Is that dedication and passion enough to encourage them when people are being hateful? Cruel remarks may hide behind free speech or “this is my opinion,” but let’s call it like what it is: meanness. Meanness can be hurtful and shouldn’t be expected, but it can be handled with reasoning and discussion.

We are not all going to get along all the time. Instead of tearing a person down, why not try the old adage, “if you can’t say something nice, don’t say anything at all.” Sure we all compare, and we all to some degree judge. But there’s no good reason to be mean to another human being?

Those of us who are passionate about the community, who enjoy it, should work to make it a positive place to be the geeks that we are. We’re all here to enjoy the hobby and what we love in it, all for different reasons. Let’s celebrate the awesome costume that someone wears, and if we’re jealous about something ask ourselves why and fix it. If someone is acting snooty, maybe they are just having a bad day. Once a cosplayer I knew was short with me at a con, then a week later sent me a message and apologized; her grandmother had been diagnosed with cancer, and she was having a hard time keeping it together. Let’s be nice, polite, and kind to one another. Talk to one another, not about. Remember that no one is perfect. Sometimes we use bad judgment and make mistakes. Apologies can go a long way in helping to have a positive community environment, and so does forgiveness. Now let’s join hands and sing kumbayah – I mean, have a drink at Dragon*Con.

Abby is a costumer out of the San Francisco Bay Area in California. She got into costuming by way of being a theater geek. Influenced by her stay at home Dad, afternoons were filled with cartoons, comics and old television shows like Battlestar Galactica and Dr. Who. She enjoys passing on the joys that she experienced as a child to people and families at conventions. She enjoys costuming with her other half, Zen, as they work to bring different geek mediums to life.

May the Fourth Star Wars Sales 2015 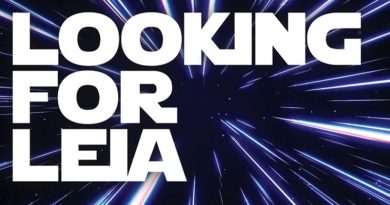 11 thoughts on “Checking Your Stitches: The Insane Scrutiny of Cosplay”