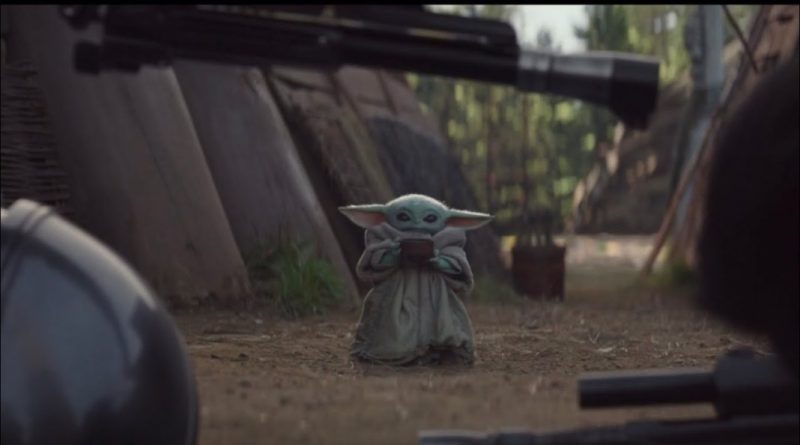 The first ten minutes of “The Sanctuary” featured more women talking than the previous episodes of The Mandalorian combined. This is a good thing. Bryce Dallas Howard’s directing debut not only brought a welcome inclusion of women to the show, but also revealed that there may be no safe place for the Mandalorian and his little green ward, as bounty hunters continue to pursue them.

“The Sanctuary” begins with the Mandalorian’s attempt to find a quiet spot in the galactic backwater for himself, and Littl’ Yoda, to hide out from the wrath of the Bounty Hunters Guild and the spurned former Imperial clients.  This leads to the show’s third different cantina on a woodsy planet, where the bartender/owner is a woman happily serving up bone broth. The casting of the barkeep as a woman is a simple decision, one that has no bearing on the overall plot, but allows for a more balanced representation of men and women. It’s a simple decision that should have been employed in prior episodes, so we hope it continues with the second half of the season.  At the cantina, the viewers, the Mandalorian, and the Littl’ Yoda, also meet Cara Dune.

Coolly enjoying a drink in the corner, reminiscent in a way of Aragorn in the inn of the Prancing Pony in Bree, the Mandalorian takes her for a bounty hunter, while Dune takes him for the same. The result is a short evenly matched melee outside in which both individuals soon learn they have a shared goal, disappearing.  We also learn Dune was a former special operations soldier for the New Republic, having fought at the Battle of Endor and then cleanup operations thereafter, rooting out Imperial governors and warlords along the way to, and presumably, after the Battle of Jakku. For those familiar with Chuck Wendig’s Aftermath Trilogy, the Norra Wexley had a team that essentially did the same (she’s the mother of Greg Grunberg’s “Snap” Wexley, one of Poe Dameron’s Black Squadron pilots in The Force Awakens). However, with peace came boredom, and by all implication, Dune elected to go AWOL rather than serve in protection details and police actions (there’s nothing that indicates the New Republic would have forced someone to stay in service – but let’s not dwell on that).  After Cara tells the Mandalorian to find his own isolated planet, he makes ready to depart only to be approached by giant krill farmers.

Enter The Mandalorian’s homage to the Magnificent Seven, itself an homage to The Seven Samurai, or even the previous homage to the aforementioned films by The Clone Wars called “The Bounty Hunters.”  The farmers have been preyed upon by bandits and need someone’s help to deal with them. Recognizing a Mandalorian by his armor, they offer to hire him for the job, one he takes after he learns their farming community is in “the middle of nowhere.” He quickly signs Cara Dune on for the chance of light work and quiet peace and all three (including Littl’ Yoda) head off to help the farmers.

One wonderful point raised in Vanity Fair’s Still Watching podcast for the episode, by Joanna Robinson, is someone made the conscious decision to make the farmers generally people of color. It’s another example a decision that raises representation without affecting anything other than allowing more folks to see people like themselves in an adventure in Star Wars. This is fantastic. Only one farmer is really provided an opportunity to stand out, Omera (in fact, only three other villagers get named, one is Omera’s daughter and the other two are the farmers who sought out the Mandalorian).  Omera is a widow with a daughter, falling into one of the common Western tropes, such as in Shane (1953).  In Shane, the titular character is a roaming gunman (Mandalorian) who takes up work as a farmhand in a small farming community that is threatened by a villainous cattle baron and his men (dog faced aliens).  The film ends with a big gun fight and Shane choosing to leave a quiet life with a widow and her son to ride off.  This is essentially what happens in “The Sanctuary,” so we might as well consider it an homage to that film, if not just touching upon the Western film trope.

We learn a little more about the Mandalorian as he settles in and prepares to deal with the bandits, and it’s just that he does take his helmet off, just not around other people. Also, he has done this since he was taken in as a Foundling, so still a child almost. Given that it appears he was orphaned during the Clone Wars, this creates some puzzling complications for Mandalorians following “The Way,” and other Mandalorian representation in the same time period. This review isn’t the time or place to get into it, but we will simply accept the powers that be will explain it by the end of the season. We also learn that once someone takes the helmet off in front of others, it never goes back on; setting up a powerful decision somewhere down the road.  This also becomes a talking point later with Cara Dune, but not before they start the job of dealing with the bandits.

While reconnoitering with Dune, the pair discover the bandits have and employ an Imperial AT-ST, or Scout Walker (also called Chicken Walkers, they’re the two legged armored vehicles that Ewoks excel at taking out).  This initially appears as a deal breaker for the Mandalorian and Dune, who are ready to throw in the towel for lack of manpower, until the farmers convince them to train them to fight.  The Mandalorian explicitly hands the planning to Dune, essentially telling the villagers she’s the expert to listen to. This was a nice touch of empowering a woman through action and words.  Cue training montage, and soon the Mandalorian and Dune launch an attack on the bandits that draws them back to a now well defended village. The bad guys are defeated and we wordlessly jump a few weeks into the future and find Cara Dune and the Mandalorian essentially hanging out watching the peaceful village. Dune suggests the Mandalorian should settle down with Omera, he disagrees, stating the recent fight may have brought attention to them, but he might leave his green Foundling behind for a quiet, safe life.  Shortly thereafter, the episode ends with Dune killing a bounty hunter who had its literal sights on Baby Yoda and so, sanctuary is proven impossible for the Mandalorian and his charge.

“The Sanctuary” excelled at representation and inclusiveness, creating a Star Wars story that appeared more balance and more realistic when compared to our own multi-cultural world.  Even though it told a story that had been told many times over for decades, like any good homage, it stood on its own feet. The use of the AT-ST at night, with red lighting in its cockpit creating the illusion of malevolent crimson eyes piercing the darkness was an ingenious decision that added to the armored machine’s intimidation, something lacking if one were to watch one wobble like a drunken chicken trying to maintain its balance after Ewoks unleash a flood of logs underfoot.  Dune’s character leaves at the end, surprising given she’s reoccurring, but previews of the show indicate she returns with blasters hot in support of her new helmeted friend. Here’s hoping the back half of The Mandalorian will follow the formula of “The Sanctuary,” be it touching moments of Baby Yoda or presenting a more inclusive casting of women. 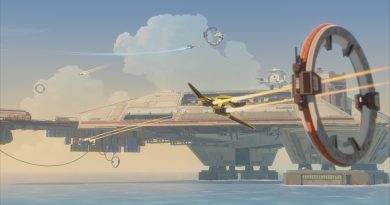 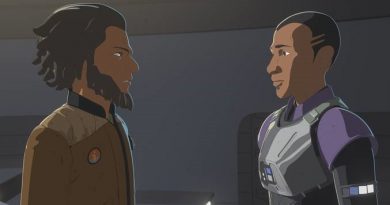 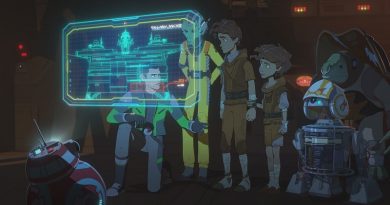