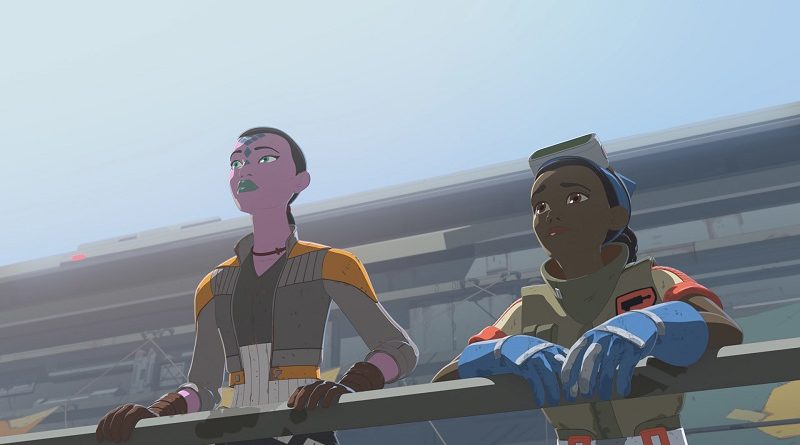 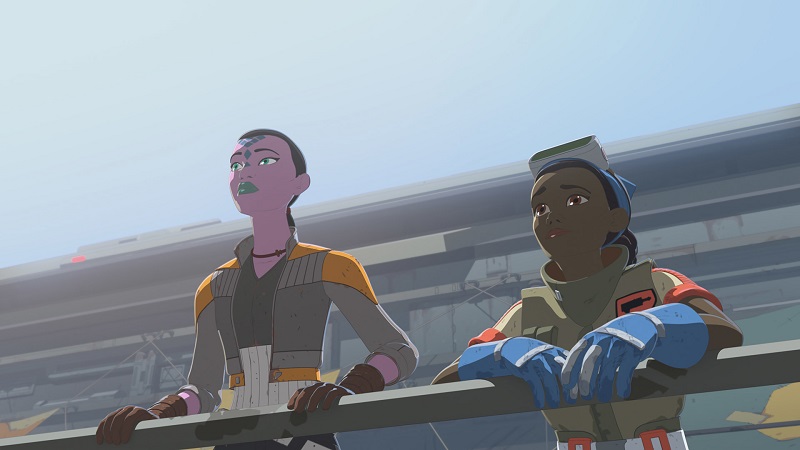 This week’s Resistance did little to affect how we view Kaz Xiono’s character, but finally and properly provided fans the chance to know more about a far more interesting character, Tam Ryvora. This is not to slam Kaz, but the writers have seen fit to paint the lead as a child of privilege, whose father has arranged or fixed everything through his life up to the point of his piloting an X-wing in the New Republic Navy. Given Kaz’s truly abysmal approach to danger, survival, and personal conflict, there’s a good argument to be made that perhaps his father also paid for Kaz to skip any training outside of piloting prior to him falling into that Incom T-85 cockpit. Within the regular cast of characters, this really leaves Tam as the most interesting character (along with Yeager, who’s past is purposefully clouded for storytelling reasons).

Tam’s past was hinted at in “The High Tower,” but took a quite regrettable backseat to the introduction of Hype Fazon, one of the ace pilots for the Colossus. This happened entirely to move Kaz into the platform’s tower, which meant Tam’s past was relegated not just to secondary concern, but to tertiary concern; it was only important enough to connect Kaz to Hype and onto the tower. Out of that episode, we only knew Tam had dreams of being a racer and had been friends with Hype. Thankfully, “Synara’s Score” took a moment to exhale during the episode’s plot and not only let us learn more about the most able mechanic in Yeager’s shop, but also passed the Bechdel Test. FANGirlBlog’s Tricia Barr’s take down on why this was too long in coming, among other problems with the show is a must read. However, let’s get on to the episode.

We begin under a ticking clock. The defense cannons of the platform are out, and Captain Doza has selected Yeager and his crew to repair the targeting device. Due to Doza’s ace fighters being sent elsewhere, the Colossus is vulnerable to attack by the pirates until the cannons are brought back online. Neeku, the natural comedic device of the show, is sidelined as Tam and Kaz are sent to find a rare component needed to fix the device. This leads them to the salvage area of the platform, which unto itself suddenly opened up a lot more questions about the planet Castilon. Why are there so many destroyed/wrecked ships or spacecraft beneath its waves? Y-wings? Did Castilon play host to a Clone Wars era battle? Regardless, the salvage area is now the current workplace of Synara, the covert pirate rescued by Poe Dameron and Kaz in the previous episode. Not only does Synara find a replacement component, but she deduces that it might mean the Colossus is more vulnerable than appearances allow. 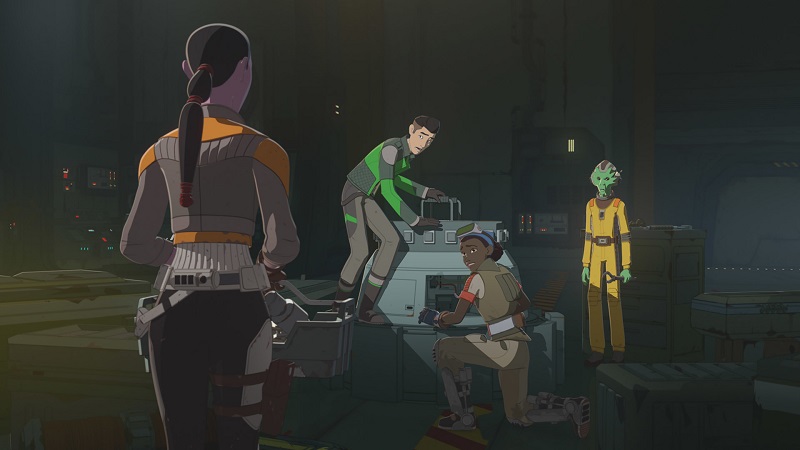 The purple-skinned spy takes a trip to Yeager’s garage to confirm her suspicions, spotting the targeting device. She also hands Kaz a box of components, which immediately plays into the odd, now running joke, that the women around Kaz are stronger than he is. It is a weird joke, and uneasily skirts along the line toward prejudicial depictions of Asian men as effeminate (Kaz being weaker than the women around him, i.e., not a traditional masculine depiction). This concern aside, Tam immediately makes an excuse to escort Synara out of the garage for a quick bite to eat. Incidentally, this becomes the “meatiest” part of the episode, when we finally get to learn more about Tam in a quiet conversation between her and Synara. As we knew, she was a pilot, but it was something she picked up from her father, who moved the family throughout her life to follow his own racing dreams. As Barr pointed out in her recent article, no mention of Tam’s mother, a role little appreciated or considered by the writers of the Star Wars universe. Additionally, Tam lost her craft after putting it up for collateral with the expectation of winning the race (and its prize) and has been working in Yeager’s garage ever since to save money for a new craft. The entire exchange takes maybe a couple minutes, but it makes Tam one of the most interesting characters on the show.

Given that she tells this to Synara, it means Resistance has finally passed the Bechdel Test; but doing so in episode seven is an indictment for the lack of other women characters and opportunities for them to interact with other women. In contrast, Kaz has conversations with male characters about subjects not including women (at least as romantic interests) in about every episode. With the exception of Forces of Destiny, Lucasfilm’s animation projects have all skewed toward male characters being in the majority. Even Rebels, with such incredible female characters, Hera Syndulla and Sabine Wren, rarely had opportunities where individual episodes actually surpassed the Bechdel Test. The conversation between pirate undercover and racer in mechanic’s bib is interrupted by the departure of the platform’s aces to usher to safety an expected valuable shipment. It’s also Synara’s chance to alert her pirate boss that the platform is vulnerable to attack, and so it is attacked.

The pirate attack pushes the characters into a frantic mode to repair and replace the targeting device for the platform’s cannons. While the attack is interesting, perhaps the best part is the resident retiree, an elderly alien woman who previously tried to entice Kaz to move in with her, absconding with booty dropped by a pirate.  Two stories are intertwined throughout it, Yeager and Kaz’s efforts to get the cannons working and Tam deciding she needed to go confirm the safety of Synara. There’s definitely some queer coding at work in Tam’s newfound interest in Synara, but at this point, at best, it’s probably safest to simply say Tam has found a fellow woman on the platform with a similar background and interest as herself, i.e., a friend. If the show moves beyond this, great, but Lucasfilm has been content to generally leave LGBTQ representation to its printed mediums. While Tam finds Synara safe, and Kaz and Yeager get the cannons in operating order. Again during the fight, Kaz displays nothing that indicates he received any training as a military officer – but is nonetheless praised by Yeager for his courage. The damage by the pirates is significant enough to lead Captain Doza to contact the First Order about possible protection. Insert ominous music here as Commander Pyre, last seen in “The Children from Tehar,” promises to deliver the plans for the Colossus’ protection personally.

“Synara’s Score” falls into the category of most of the Resistance’s episodes; entertaining and fun, but vulnerable to significant criticism when things are either viewed more closely or from afar (i.e., on an episodic or series level). Tam’s role in the episode lifts it up, while its running problems tries to pull it back down. Perhaps the most frustrating aspect at the core of “Synara’s Score,” as well the show overall, is that the capacity to do better has always been there. Even with its flaws, the show remains a reliable source for Star Wars fun, but gosh, just imagine if it could rise above them.

For more on “Synara’s Score,” and Resistance, check out the episode guide on StarWars.com! 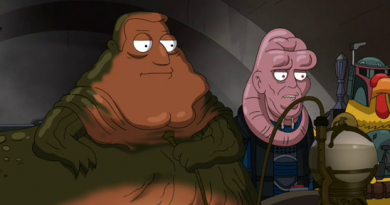 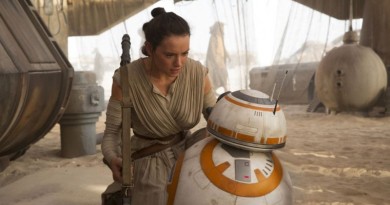