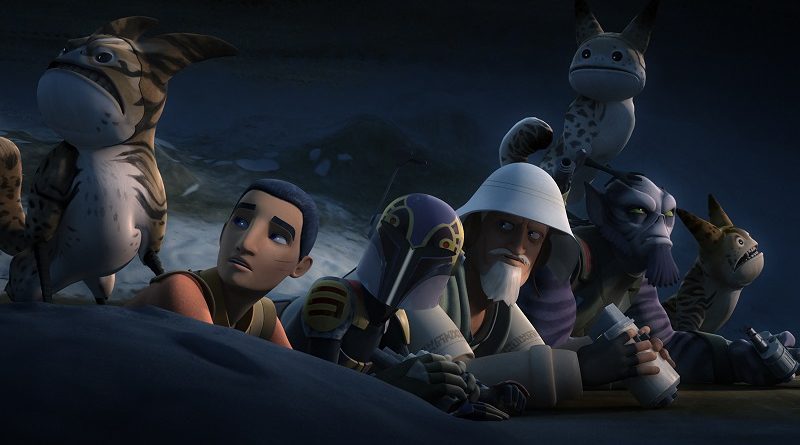 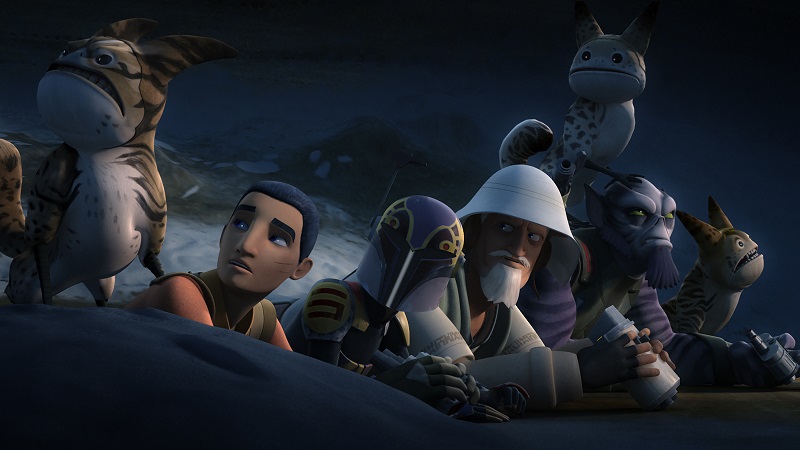 At the end of “Flight of the Defender,” Kanan Jarrus tells Ezra Bridger that all paths are coming together. While Jarrus confesses to not knowing what that means, for fans of Star Wars Rebels it is a clear indication that what began in the first episode of the show is finally coming to fruition – the presence of the Galactic Empire on Lothal and Ezra’s fate to fight it. Beyond signaling the beginning of the end of the overarching story of Rebels, the two episodes, “The Occupation” and “Flight of the Defender,” offered solid installments that managed to avoid the pitfalls of this season’s previous episodes.

For those who have kept abreast with the Star Wars storytelling, the grim reality of Imperial occupation has been one of fascist domination combined with ruthless exploitation of a planet’s people and resources. As recently as Rebel Rising, the crushing jackboot of the Empire has been a continual theme in one story after another. Now has taken form in Rebels, from public announcements that “Obedience is Loyalty” to propaganda posters plastered throughout the small town at the center of “The Occupation.” Beyond Ezra’s visceral dismay at the environmental calamity inflicted on his home planet, the darkest ramifications of the occupation were quickly brought to light when the native Loth-rat discovered that “Old Jho,” an Ithorian who ran a bar seen in “Empire Day,” had been declared a traitor, executed, and his property confiscated by the state. Moments earlier, Ezra had confidently told Sabine that the Empire would never hurt Old Jho due to the outrage it would create. Ezra’s naivete serves as a nod to the idea of how oppressive regimes come into existence, by taking actions beyond the average person’s expectations of what society will and can tolerate, be it through apathy or fear. 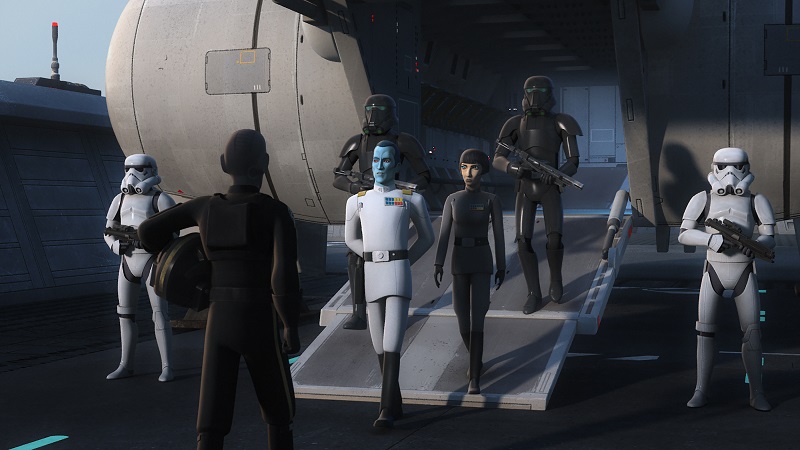 “The Occupation” is an Ezra-centric episode. His decisions help guide the episode along its course to a conclusion in which the band of rebels must inform the former Lothal governor Ryder Azadi, voiced still by the wonderful Clancy Brown, that they are the rebel reinforcement sent to fight the Empire. Unlike a number of Rebels episodes, it doesn’t possess much of a happy conclusion, so much as a solemn resolve by Ezra and the other rebels to do what they can. Likewise, at the beginning of the episode, which features Mon Mothma coolly in charge of the rebellion on Yavin, the crew of the Ghost are told that once they go to Lothal, they will be on their own, with virtually no way to leave. This realistic appraisal of the situation carried with it a whiff of the mission against all odds that saw the Jyn Erso lead the Rogue One mission to Scarif.

If “The Occupation” was the vehicle to get our heroes to Lothal, then “Flight of the Defender” was intended to lay out the narrative stakes for at least the first half of the season. In a deeper dive into elements of these two episodes, Tricia Barr pointed out that the “Defender” in the title of the episode could reference a person, rather than just the advanced Imperial fighter at the center of the action. That defender would naturally be Ezra, who has shown an affinity for Lothal’s local creatures, including Loth-cats, and in the show itself has repeatedly been the advocate for helping break Lothal free of the Imperial fist. Ezra has also demonstrated a spiritual connection through the presence of a white Loth-cat, which appeared in “Legacy,” the episode when Ezra learned of the doomed fate of his parents (killed due to their efforts to fight the presence of the Empire on Lothal). The same white Loth-cat appears again, but is joined by a white Loth-wolf, invisible to everyone but Ezra. That Lothal’s native creatures are appearing as spiritual representations to its rebellious son is no coincidence; Ezra has a fate tied to Lothal and the fight against the Empire. 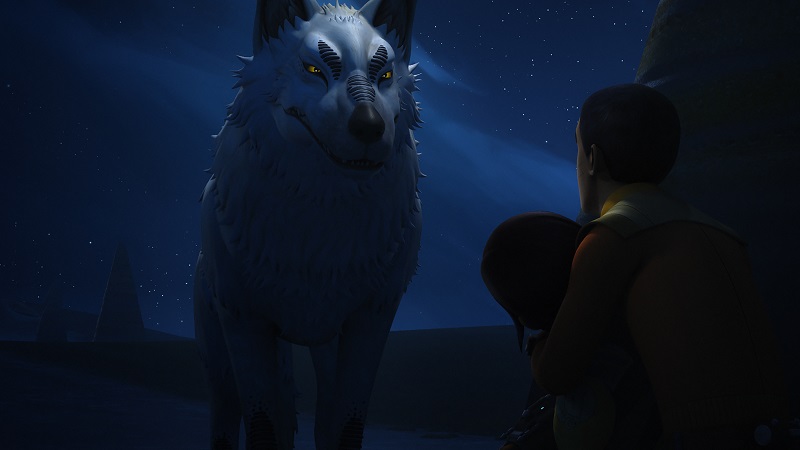 Beyond Ezra’s connection to Lothal, “Flight of the Defender” showcased another pairing of Sabine Wren and the up-and-coming Jedi. Unlike last week’s episodes, in which Ezra either ignored Sabine’s advice or Sabine was set to the side as a reactionary character, Sabine is given credit in the story for having an excellent plan, as well admired by no one less than Grand Admiral Thrawn for her technical expertise. She’s on equal footing with Ezra, a reassuring gesture that Rebels can write both genders well. As much as “The Occupation” delivered everyone to Lothal, “Flight of the Defender” sets up the conclusion of Ezra’s overarching storyline.  Players like the Loth-wolf are introduced, and the threat of the TIE Defender Elite to the rebellion is offered as the prime threat overseen by Thrawn and maintained by Governor Pryce. So goes Thrawn’s plans for the TIE Defender Elite, so goes the Imperial occupation of Lothal.

At Star Wars Celebration Orlando’s Rebels panel, Dave Filoni announced the end of the show to an audience of shocked and saddened fans. As part of his news, Filoni noted that it’s not often you get the chance to end a show on one’s terms, a reference to the abrupt cancellation of Filoni’s last show, The Clone Wars. The reality is that “The Occupation” and “Flight of the Defender” represent the beginning of Filoni’s opportunity to begin to wrap things up, particularly the character arcs and major storylines introduced over the course of the show’s previous three seasons. How well he does so will be a test of bringing a satisfactory conclusion absent short cuts, narrative hand-waving, and an ability to highlight everything that has come before to serve as the foundation for the end. If these two episodes are any indication, it appears that Filoni may very well bring the Ghost in for a perfect landing.

For more on “The Occupation,” check out the episode guide and Rebel’s Recon at StarWars.com.

For more on “Flight of the Defender,” check out the episode guide and Rebels Recon at StarWars.com. 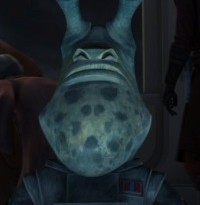 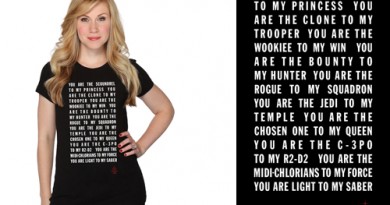 Ahsoka’s Back Front and Center Today! 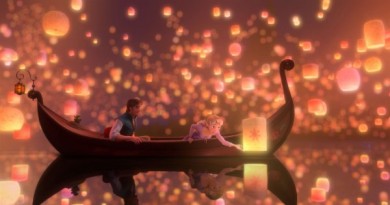 Getting Tangled in the Star Wars EU