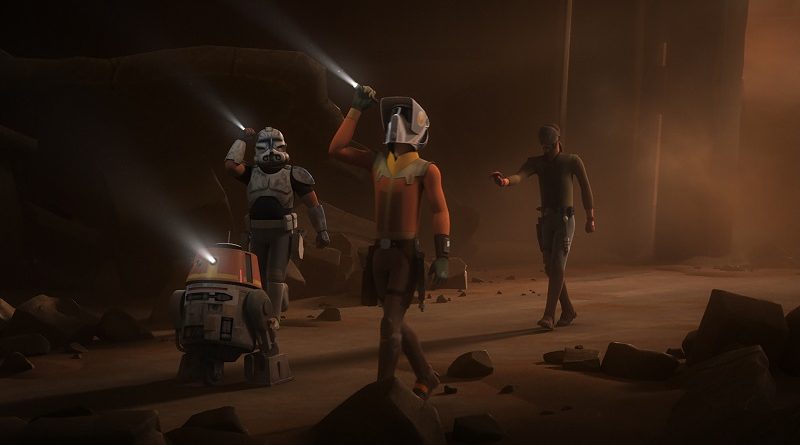 Almost a year ago, Rebels returned to a planet familiar to fans of the prequel films and The Clone Wars, Geonosis. In “The Honorable Ones,” hints were dropped regarding the fate of the insect-like Geonosians and the use of the planet as a base for the construction of the first Death Star. That fate was explained in Marvel’s Darth Vader #4, when the Sith Lord along with Dr. Aphra visited the planet and references were made to the Empire sterilizing the planet along with its inhabitants, as well the presence of the last Geonosian queen bereft over the death of her people. The two part “Ghosts of Geonosis” returns Rebels to Geonosis in the wake of the publication of the Star Wars novel Catalyst, a prequel to Rogue One, and that film’s release. The result is a fantastic return to form for Rebels and a deeper look into Geonosis and the Star Wars character found there, Saw Gerrera.

The partisan leader, who for many was last seen portrayed by Forest Whitaker, and resolutely accepting death on Jedha, is the primary reason our rebels return to Geonosis. Once they arrive, they discover all evidence of the massive construction project, previously seen in “The Honorable Ones,” gone. “Ghosts of Geonosis” takes place approximately two years before Rogue One and the Saw Gerrera the rebels find, the sole survivor of a previous rebel mission to solve the mystery of Geonosis, is a man who has not yet started to lose himself to the paranoia that helped lead to his expulsion from the Rebel Alliance and his willingness to believe that his adopted daughter, Jyn Erso, could be a potential assassin. Even without the troubled mind to raise eyebrows, Saw represents a rebel movement much more willing to push the boundaries of acceptability in pursuit of victory against the Empire. Wonderfully, Forest Whitaker returned to voice the character he embodied in that form and breathes a lit bit more continuity between the Saw of Rebels time and that in Rogue One. 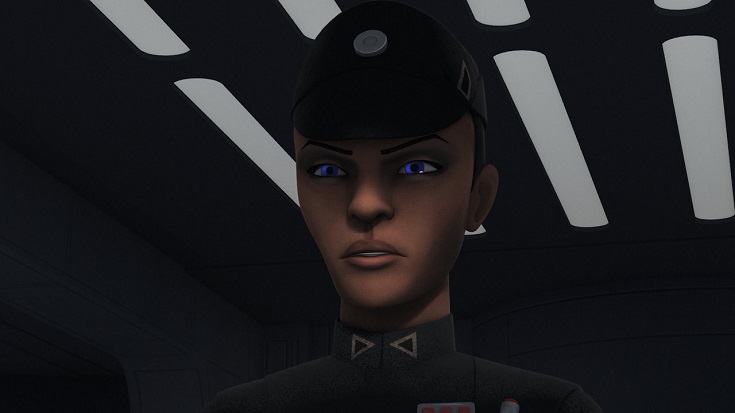 Saw’s presence also adds another person of color to the show and, in a nice surprise, so does the introduction of Captain Brunson, an Imperial in charge of a cruiser sent to investigate sensors activated by the rebels on Geonosis. A woman of color, Brunson immediately sent ripples through the Star Wars fan base of those familiar with the character of Rae Sloane, also a woman of color, who has been featured in the novels A New Dawn by John Jackson Miller and Chuck Wendig’s Aftermath Trilogy, in addition to a cameo appearance in Marvel’s Kanan title. The choice to make Brunson a woman of color is illustrative of how easy it is for creators to choose inclusion when the gender and appearance of a character is not instrumental to the role. In the past, Rebels has almost uniformly gone with white men in Imperial positions, so this decision is one that puts the show on track to include not just more women, but people of color in general.

Among the heroes of Rebels, women do fare better than most, particularly with Sabine Wren. In “Ghosts of Geonosis,” Sabine is giving multiple opportunities to shine, including the best action sequence in the two part episode that involves putting to use her skill with a Mandalorian jetpack against a squadron of Imperial Rocket Troopers with devastating effect. With more Sabine-centric episodes to come, the artful Mandalorian may emerge as one of the big winners of Season Three. In addition to these character elements of the “Ghosts of Geonosis,” the episodes brought together a fine combination of directing, animation, and storytelling.

The underlining story of “Ghosts of Geonosis” is one which balances an argument that reaches the zenith in Rogue One, the means to an end are important regardless of whatever the ends may be. In the film, it’s best encapsulated by Director Orson Krennic shrugging away terror as a means to find peace and security in the galaxy. In “Ghost of Geonosis,” the means focuses on discovering what the Empire has been up to on Geonosis and why the elimination of an entire species was deemed necessary to keeping it a mystery. At the heart of this is Saw Gerrera, who becomes determined to force the sole surviving Geonosian, fondly nicknamed “Klik Klak” by Ezra, to reveal the truth. For lack of a protocol droid, communication is difficult, but Saw resorts to torturing the insect-like alien with electrical shocks and threatening the egg of a Geonosian queen, the last hope for the race, all in the name of uncovering an answer. 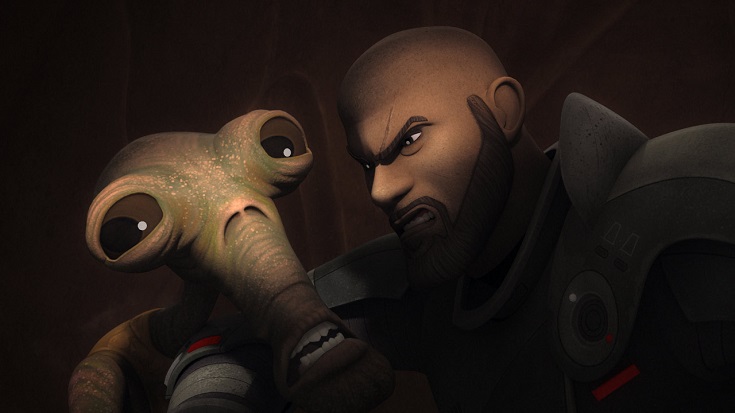 Ezra, ever the empathetic heart of the show, eventually convinces Saw with comparisons to Saw’s past on Onderon, something referenced repeatedly to help viewers grasp why Saw does end up changing his mind by the end of the second part of the mid-season premiere. Pointedly, Ezra directly compares Saw’s willingness to jeopardize the re-establishment of the Geonosians with the behavior of the Empire. Contrasted against Saw’s earlier stated beliefs that he would do anything to defeat the enemy and the message of the episode becomes clear, the Empire justifies the means by its intended ends, those who do the same are threatened with a slippery path toward becoming that which they fight.

“Ghosts of Geonosis” works in familiar and new characters to create a more diverse appearing episode to tell a part of the story of the prequel trilogy and the Death Star that was born from it. In doing so, it provides a glimpse of not just who Saw Gerrera was before his final iteration in Rogue One, but also an idea of how not just Rebels, but Star Wars in general can create a more diverse and encompassing galaxy for all fans.  If “Ghosts of Geonosis” is indicative of the rest of Season Three, then Star Wars fans may be in for a treat. 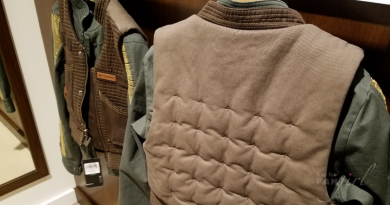 A Look at Columbia’s Rogue One Jyn Jacket 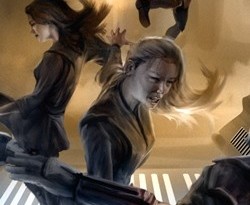 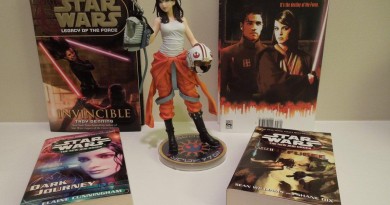