Earlier this week I discussed my concerns for women in the Star Wars fandom after the cancellation of The Clone Wars, which featured some of the best characterization of female characters. Here are a few more items that I found relevant to that discussion:

This week in the Star Wars “This Is Madness” bracket challenge, Leia narrowly defeated her mother Padmé in their showdown. A few days later, Ahsoka held off her television show counterpart, Captain Rex. So the female characters are still 1/8 represented, and this is a good thing. On April 1st, Leia will face off with R2-D2, and later in the week Ahsoka will take on Chewbacca, in two light side battles.

When I talked about the marginalization of female fans in the post, I hope that the message isn’t lost that 2013 is so much better. Really, turning other fans away, especially on the early online message boards, was about fear of the unknown. The more exposure given to geek girls – and by exposure I do not mean Slave Leia – and the stories told about female characters, the easier it is for the geek community to see them as genuine and human. But there is a power dynamic in play, too. TheMarySue reported on the past week’s PAX East cosplay harassment incident that highlights how female fans have to “lean in.” After being harassed by a member of the media, Tomb Raider cosplayers discussed how this had been the norm and also how they often had accepted it.

This is something we see a lot, and something you may have experienced yourself – being able to stand up for others but failing when negative behavior is directed at you. “I know it took a lot of guts for her to do what she did. And to have one of my peers feel the need to protect me, it was unsettling,” Wizemann told us. “I felt very guilty and shameful because there were young women in our group and I couldn’t do anything about it. Granted, no one should have to experience that, but it’s worse when it’s a kid or a teenager who might not have the personal tools and experiences to handle it. The least I can do is talk about it and help raise awareness that this stuff happens.”

Marie is of the same mindset. “I’ve got hope for change even if it is motivated by fear. In a social economy where one unprofessional tweet can ruin a career, I feel like the few unsavory industry personalities are becoming more aware of their words. My line in the sand doesn’t end there, though. I’m going to start holding commenters accountable for their actions too, even if I can only do so on my social spaces,” she wrote. “The situation this weekend at PAX made me question why I’m willing to stand up for others, but not myself. By allowing myself to be treated this way I’m perpetuating that this behavior is acceptable. And it isn’t. If I continue to stand by silently, I might as well sit on the sidelines and watch while other young women endure what I have.”

Storytelling is about creating relatable characterization moments, and that means understanding what motivates people. It’s important to note that the cosplayers were motivated to step up not so much for themselves, but for the benefit of the young women coming up behind them in the fandom. These cosplayers’ heroism was inspired from a nurturing force, not a drive to conquer, which is exactly the motivating factor Nina Jacobson described for Katniss Everdeen in The Hunger Games. 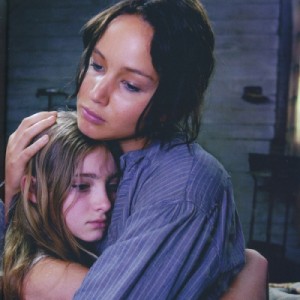 One of the best ways to “inspire” change is to remind the executives in Hollywood and publishing houses that science fiction and fantasy stories with great female characters and written by women are a money-making endeavor. I mentioned Brenda Chapman, who crafted Merida’s tale in Brave. J.K. Rowling’s manuscript for the first Harry Potter book went to twelve publishing houses before the eight-year-old daughter of Bloomsbury’s chairman gave the first chapter a run and demanded more. Suzanne Collins’ Hunger Games is science fiction and Stephanie Meyer’s Twilight is fantasy that have dominated in book sales and at the box office, too. While Hollywood has persisted in making movies geared towards men, when adjusting for inflation the top five highest grossing movies – Gone With the Wind, Avatar, Star Wars, Titanic, and The Sound of Music – feature iconic female characters and earned their spots by appealing to men and women.

Telling good stories requires that the storyteller understand how audiences react on an instinctive level. At io9, Charlie Jane Anders discusses how in recent years Hollywood has flailed around with the fairy tale trope, driving it darker and grittier, which has been one of my biggest complaints in regards to the direction of Star Wars, as well. She pinpoints why the slate of fairy tale movies are failing to hit the mark:

In general, fantasy is on the upswing in movies and television, as traditional science fiction — the kind with scientists in it — is dwindling a bit, especially on TV. And no doubt, part of this stems from a sense, among tastemakers and stuff, that people are feeling overwhelmed by change and a sense of doom. When we see the immediate future, it’s post-apocalyptic. So the past, as represented by ancient supernatural forces and age-old stories, becomes more attractive. But that’s probably too facile an analysis.

There’s also the fact that fairytales become more relevant when people feel powerless — many of us actually are in the position of having made bargains with entities whose true names we’re not allowed to know, thanks to the magic of mortgage securitization. At the same time, we still dream of being lifted up from our drudgery to noble status — and we dread having everything that makes us part of middle-class society taken away, if we fall through the cracks the way so many people have.

According to the book Folk and Fairy Tales: A Handbook by D.L. Ashliman, the most popular fairytales are the ones that pack the purest amount of wish-fulfillment (becoming a princess) or express our deepest fears and taboos in a way that we can deal with. 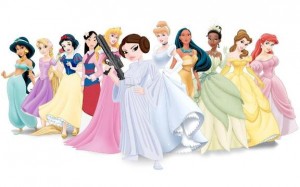 Interestingly enough, the princesses have evolved from sleeping beauties to impulsive young ladies with parental issues, and Star Wars’ Princess Leia bridges the gap between the two. The voted fan-favorite episode in the Star Wars movie saga is The Empire Strikes Back. The original screenplay was written by a woman and director Irvin Kershner decided it was a fairy tale, then delivered one. It’s a story with no resolution for the male protagonist, but it sneaks in the denouement by making the audience root for the princess’ happy ending. Essentially Kershner banked on the fact that the audience would trust the saga to deliver it in the third movie.

Interestingly, Anders was also quoted in The Guardian this week for their article delving into the lack of female writers for Doctor Who, a show that has a pretty evenly distributed gender demographic. She followed up with a post at io9, in which she points to the show’s premise of using the female companion as the emotional driver for a series, essentially how The Empire Strikes Back kept the audience invested in the tale of a hero who hangs out in a swamp with a troll for the second act.

So in Moffat’s own view, the Doctor is an archetypally male character — but the show rests on an ever-changing series of female characters, who actually carry the bulk of the emotion and character development. You can see why it might be advantageous to have some female writers in the mix, right? Not that men can’t write female characters amazingly well — clearly they can, and you only have to read, say, Samuel Richardson’s Clarissa to see a great example of a man capturing a female voice. But having different perspectives in the mix can’t hurt. 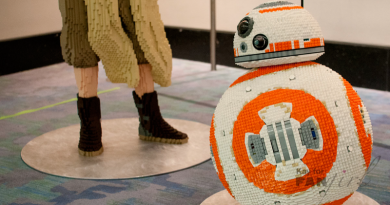 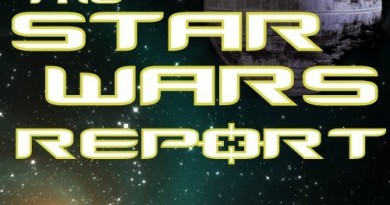 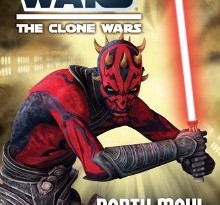