Generally summer is the time the ladies like to curl up with a good romance or two (or five) and get the tan cooking by the pool. Nowadays the paperback book is on its way to becoming a thing of the past, and we’re all reading on our datapads like our science fiction heroes. For Star Wars fans with ereaders, the recently released ebook backlist means we can tote along space opera classics, romances, or whatever suits our fancy to wherever our travels may take us.

A few days ago I featured several of these new old ebooks in my SEEKING SFH post, and one of the reasons I said people would enjoy Jaina Solo’s character arc in those books was the blossoming romance between her and Jagged Fel. As a couple, they ought to have been well into the stages of mature romance at this point in the post-NJO timeline, but there has been authorial or editorial reluctance to get that going on the pages of the Expanded Universe, or rather just any romance at all.

The ironic part is that some of the EU’s best storytelling has been about established couples working together.  As I mentioned in my Conviction review, Han and Leia know each other so intimately that we get point of view from them even when we’re in the other partner’s head.  How fantastic is that! This was true back in the day for Luke and Mara, too, when she was still alive.

So I thought I’d remind everyone of some wonderful novels, now available in ebook, that feature mature romance in the Star Wars galaxy.

Han Solo and Leia Organa take center stage, and stunning revelations from the past play a critical role in shaping the future, as the New York Times bestselling author of Star Wars: The New Jedi Order: Star by Star now turns to a crucial chapter in the classic Star Wars saga.

The deaths of Darth Vader and Emperor Palpatine, and victory at the Battle of Endor by no means spelled the end of the Empire. In the aftermath, the New Republic has faced a constant struggle to survive and grow. And now a new threat looms: a masterpiece of Alderaanian art—lost in transit after the planet’s destruction—has resurfaced on the black market. Offered at auction, it will command a handsome price . . . but its greatest value lies in the vital secret it conceals—the key to a code used to communicate with New Republic agents deep undercover within the Empire. Discovery of the key by Imperial forces would spell certain disaster. The only option is recovery—and Han, Leia, Chewbacca, and C-3PO have been dispatched to Tatooine to infiltrate the auction.

But trouble is waiting when they arrive: an Imperial Star Destroyer is orbiting Tatooine on the lookout for Rebels; a mysterious stranger at the auction seems to recognize Leia; and an Imperial officer’s aggressive bidding for the Alderaanian painting could foil the Solos’ mission. When a dispute erupts into violence, and the painting vanishes in the chaos, Han and Leia are thrust into a desperate race to reclaim it—before Imperial troops or a band of unsavory treasure-peddlers get there first.

Dangerous as the chase is, for Leia it leads into especially dark territory. Already haunted by the specter of her infamous father, and fearful that his evil may infect future generations, she has suffered a disturbing Force-vision of Luke turning to the dark side. As she battles beside Han against marauding TIE fighters, encroaching stormtroopers, and Tatooine’s savage Tusken Raiders, Leia’s struggle with the warring emotions inside her culminates in the discovery of an extraordinary link to the past. And as long-buried secrets and truths at last emerge, she faces a moment of reckoning that will forever alter her destiny . . . and that of the New Republic.

Really, did Troy Denning write this book?  Yes, he did, and it’s fantastic.  While Han and Leia have solidified their relationship, their future family is called into doubt as Leia struggles with a vision of the future and the shadows of her own heritage. What if she were to bring the next Darth Vader into the galaxy?  (Ah yes, the seeds of Legacy of the Force laid out right there.)  Real life women and men have struggled with this same dynamic, if usually not quite as dramatic as will our child be the next evil overlord?  Even though they’re past the romance trope of will-they-won’t-they get together, Han’s and Leia’s relationship is still full of plenty unknowns, yet marked by a comfortable familiarity that enhances the ability of the reader to connect with them. Definitely a must read.

Here again we have Luke Skywalker and Mara Jade, the married Jedi, whose quest this time is for remnants of the [Outbound Flight] expedition, launched 50 years before by the Old Republic and subsequently destroyed by pirates, with the help of the late Admiral Thrawn. Of course, the New Republic wants Luke and Mara to represent it on this outing, and Thrawn’s people, the Chiss, want in, too. Moreover, half a dozen other individuals, factions, and polities all have personal or political reasons for finding the remains of the [Outbound Flighters]. So already the situation is complicated, and the fact that, except for Luke and Mara, nobody is what they seem, and that some of the agendas they’re hiding in dusty storage compartments and computer files are flat-out lethal, adds more complications. Everything gets rapidly worse when it turns out that there are survivors on derelict [Outbound Flight] ships, and they are tough, determined, and totally hostile to the Jedi Knights and everything they ever did on behalf of the Old Republic. Finally, one of the not-what-they-seems reveals itself, teeing off half-a-novel’s worth of fast, furious, detailed, and intelligent action, clearly setting up another book; and, oh yes, also developing Luke and Mara’s relationship. Not for beginners with Star Wars fiction, perhaps, but in the hands of tie-in Master Zahn, a thoroughly absorbing story for the seasoned reader.

This is a classic Zahn tale, weaving numerous mysterious motivations into climactic plot twists.  Every character is vivid, yet the reader is always left wondering what everyone really wants in the end. Except for Luke and Mara, that is, who are finally married. Zahn gets to show off how he always expected they would work together as a power couple. This book is tantalizing fun.

As the bloodied and weary galaxy faces battle once more, the Jedi take on the formidable task of bringing the last of the Empire into the light. . . .

From the ashes of the New Republic—torn to shreds by the savage Yuuzhan Vong forces—the newly formed Galactic Alliance has risen, determined to bring peace to the entire galaxy. But first the Yuuzhan Vong must be contained once and for all. And so Luke Skywalker seeks a world long lost to legend: Zonama Sekot, a sentient planet believed to have repelled an invasion by the Yuuzhan Vong decades ago. Deciphering the enigmatic secrets of Zonama Sekot just might turn the tides of a relentless war.

Aboard the Jade Shadow, Luke, his wife Mara, Jacen Solo, and other Jedi head off into the Unknown Regions, where rumors and clues suggest Zonama Sekot might be found. Yet the mission has barely begun when the searchers stumble into a horrific battle. The Imperial Remnant, in retreat from the mighty Yuuzhan Vong, is about to be destroyed. It would seem those aboard the Jade Shadow have little choice but to leave the Empire to its fate. But these are no ordinary space travelers, they are Jedi. . . .

If you tried out Jaina Solo’s Strong Female Heroine arc from the New Jedi Order and enjoyed it, these three books are a chance to see Jaina and Jag really work together.  In addition to the burgeoning young love, the trilogy doubles up on the mature romance, chronicling Leia and Han and Luke and Mara on separate adventures, with each working as tight-knit power couples. The tension in the stories comes not from any relationship drama but from the threats they face as their separate plots take them to the far reaches of the galaxy. Luke, Mara, and Jacen depart for the Unknown Regions in search of the mysterious living planet Zonama Sekot. Meanwhile Leia, Han, Jaina, Jag, and Tahiri enter the dangerous world of political maneuvering and individual power grabs as the Imperial Remnant and Galactic Alliance attempt to work together to defeat their mutual enemy, the Yuuzhan Vong.

Tahiri has an interesting spiritual journey in this trilogy, too, as the personality imposed on her by the Yuuzhan Vong shapers while in captivity fights to assert itself.  Sadly this storyline been virtually ignored in the subsequent EU, even though it brought her some resolution and growth as a character.

Williams and Dix are solid writers, and these are some of the last books written along the post-RotJ timeline that really highlight three couples obviously in love, yet at different stages in their relationships. 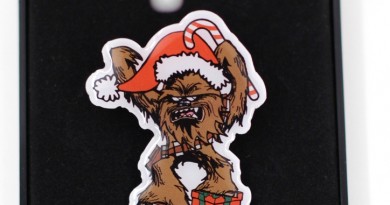 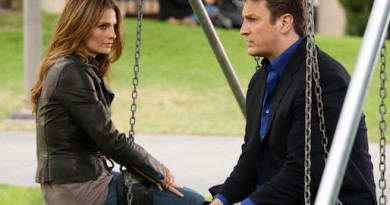 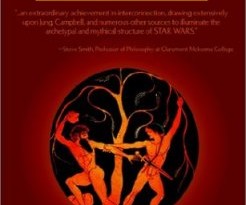