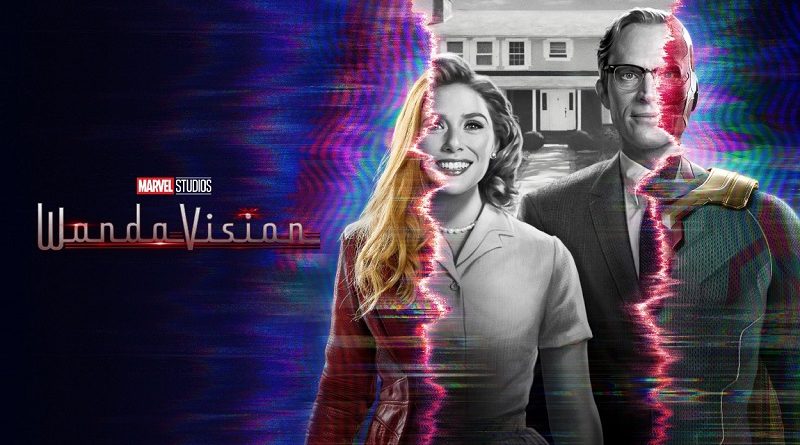 Over the last year we have found ourselves straddling two different worlds. On one hand there is a yearning for a perceived notion of normality. A pre-pandemic time where we lived comfortably in an illusion of the microcosm of our lives.

Then there is the reality. As the United States faces the death of half a million people from COVID-19, many of us were also suddenly unable to look away from the realities of systematic inequity and loss that existed below the surface of our daily lives.

Consequently, many of us continue to turn to television as a means of escape—with varying results. That is to say, simultaneously with this needed reckoning of the world we live in, we’ve found ourselves on our couches binging shows like Tiger King and Bridgerton, or we’ve searched for a way to connect with the world as it supposedly should be, taking a respite from the unsettling, painful, and frightening world outside our homes.  But drifting in the periphery of our mind is the knowledge that all is not as it should be. It is that escapism-but-not-really sentiment that pervades this season of Marvel’s WandaVision.

Almost from the beginning, the creators of WandaVision use the framing of television from years past to underscore, for Wanda and resuscitated Vision, a yearning for an idyllic life. The first episode, presented in the vein of famous 1950s television shows like I Love Lucy and Leave it to Beaver also comes with a veneer of the Twilight Zone, where everything is just a little off balance. For this black and white, episode filmed in front of a studio audience, we watched both Wanda and Vision struggle to be normal.

As the theme song says they are “a regular husband and wife, who left the big city to live a quiet life.” But even this quiet life is filled with marital hijinks. When Vision brings his boss and wife home for dinner they struggle to “blend in,” only to realize that neither of them really know their past. This uneasiness carries over into the first commercial where the Stark toasters tagline reminds viewers to “forget the past, this is your future.”

This storytelling conceit continues as Wanda struggles to reinvent the perfect family and life through family sitcom storytelling in the 1960s and the 1970s. In each case the struggle to be normal is always made more difficult by both Wanda and Vision’s magical natures, adding complication to what would be a simple, low stakes story. The illusion fights against their ability to acknowledge the strangeness of the situation by planting doubt when anything shows up that is not “normal” or off from the particular version of the world in which they are living.

This is specifically the case when Geraldine (a/k/a the excellent Monica Rambeau) shows up. During the episode set in the 70s right before Wanda delivers her twin babies, Agnes and Herb gossip about how Geraldine is out of place—without family or a home. As Wanda recalls her brother in moments after the birth of twins, and Geraldine mentions Ultron—not of the illusory time and place—Wanda becomes more self-aware of her own part in the illusion. She pushes Monica out of town, effectively also pulling the audience out of the escapist fantasy that she has built for us.

But like our own reality, escapism only provides a temporary reprieve. In the very next episode, we watch in a wave of television magic, as the boys grow in a blink of an eye. The subsequent death of their dog prods even more self-awareness as Wanda tries to respond to their question, “You can fix this mom? You can fix the dead.” To which Wanda, struggles for a moment before responding the way every parent should, that “the urge to run from this feeling is painful.”

In the seventh episode of the Disney+ series, the creators break the fourth wall, not only in terms of the mid-2000s shows framing (think The Office or Modern Family), but also how both Vision and Wanda’s journeys finally push past the nostalgic unreality that has been built for them.  Confronted with the possible reality that she is controlling an entire town in order to not acknowledge the death of her love, Wanda Maximoff peels herself out of bed, pours herself a bowl of cereal, and turns on television. Many are already talking about how each episode is Wanda living through the stages of grief, but this episode in particular, also shows how Wanda’s experience is a reflection of the broader search for escape through nostalgic visions of perfection.

Confronted with reality, Wanda’s subconscious—manipulated by Agatha Harkness as we now know—is trying to pull her from the stark bright, open concept home of the present day to the more sepia-toned, nuclear family, white picket fence dynamic of earlier years. (I will admit I love how each episode also includes a history lesson on the architecture of suburban home.)

Wanda’s head and her heart are fighting against a world she thinks she wants, and the one she needs to acknowledge in order to survive another day. We don’t yet have all the pieces on how this story will end, but we already know one thing. At the end of the first episode, Vision clicks the remote at the end and says, “And they lived happily ever after.” But we recognize that this is a reality that, even for us in our struggle to create a better world in a year filled with chaos, will only be possible when Wanda chooses to stop escaping and accept what she (and we) need to do to truly move forward. 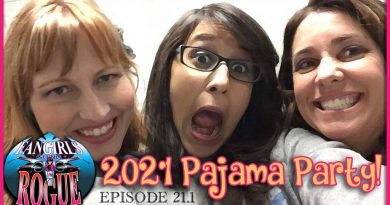 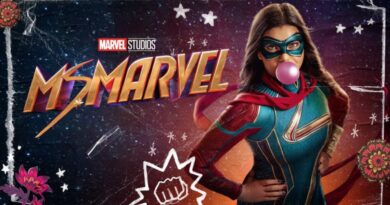 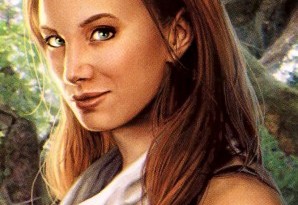