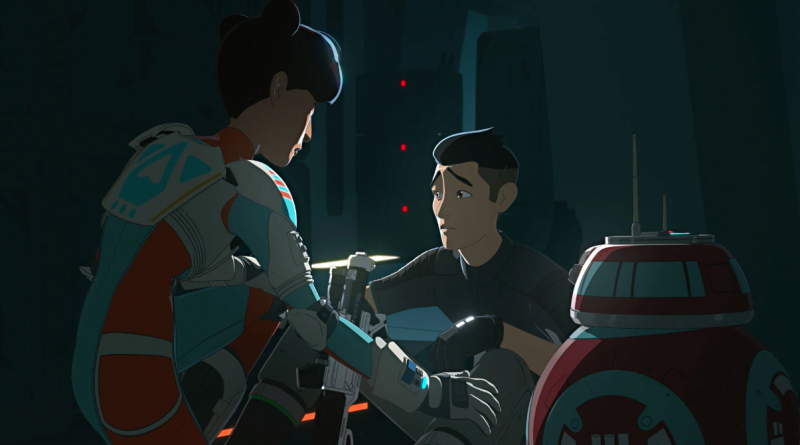 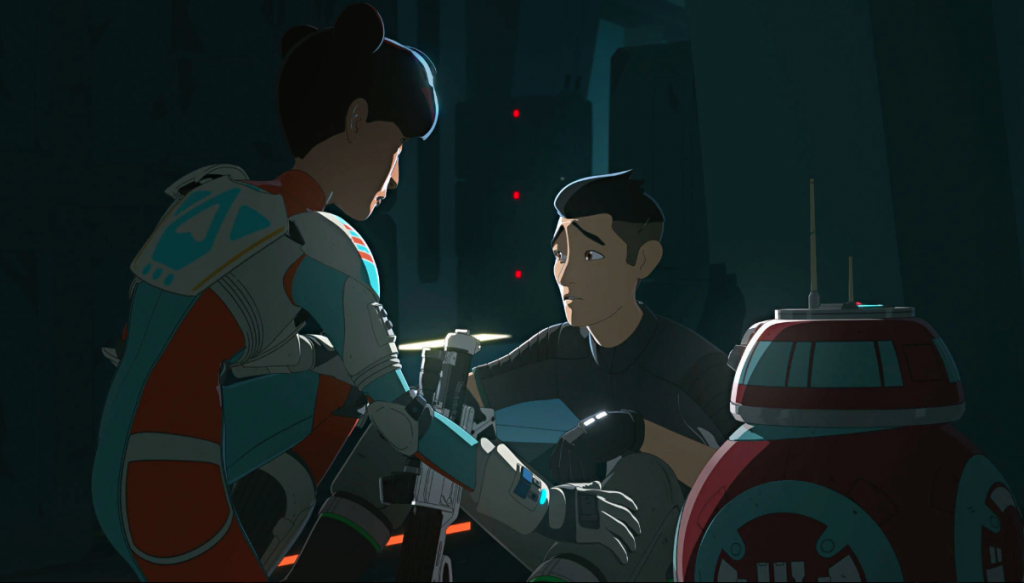 Imagine yourself a giant turtle alien. You find a satisfying job on a fueling platform in the middle of your ocean planet, then, one day, it turns out the the platform is a giant starship and it lifts off and jumps to hyperspace. Everything you knew is gone. What of the chelidae of Castilon? That question lingers, albeitedly, for perhaps only your reviewer, as Star Wars Resistance concluded its first season with “No Escape, Part Two.” The future remains unanswered, however, for the fate of our heroes, and specifically, a hero turned enemy, Tamara Ryvora, who chose the First Order over her boss-cum-father figure, Yeager.  As Resistance has been renewed for Season 2, answers will come, but first, how was the journey to the questions?

There has always been one thing we have known about Kazuda Xiono: he’s a damn fine pilot. We have also known, unfortunately, that for most of his time on Resistance, he’s been anything other than a damn fine spy for the Resistance.  While the first fact remained true through to the final moments of the the finale, in which he dispatched our First Order Red Baron stand in (recall, in the season premiere, he needed Poe Dameron’s help evading the red clad First Order ace), the last few episodes came together to boost Kaz’s abilities as a spy and agent. It was a grueling process which cast doubt on the New Republic’s attention to preparing its naval officers for anything other than space combat and at times, tiptoed over the line of comedic whimsy into treating the heroic antagonist as a punchline.  The last few episode, including the finale, finally allowed Kaz to grow into the hero we had been waiting for and reveals a similar style of go slow, then hurry up and get there, storytelling that fell upon Tam, too. 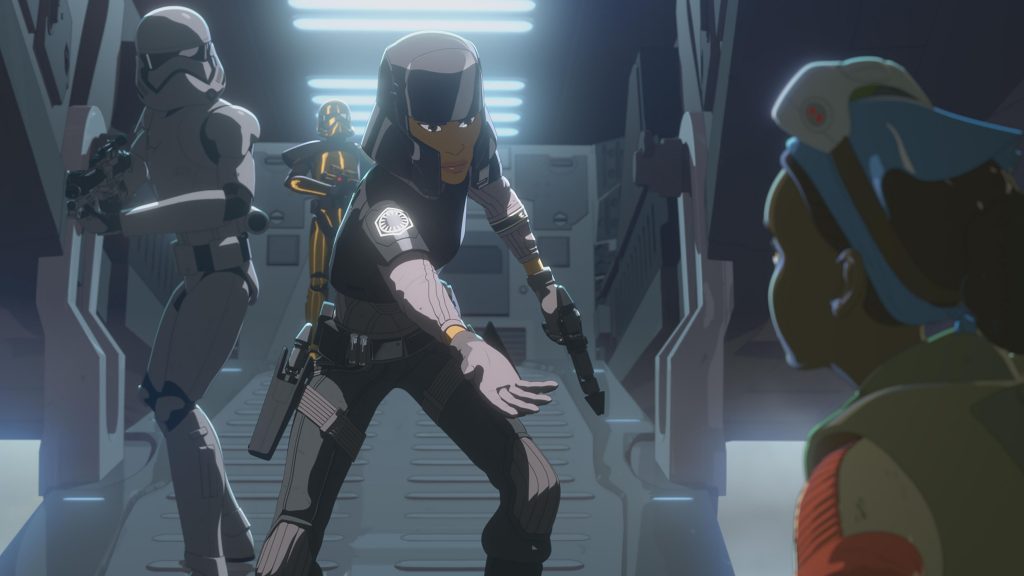 Regarding Tam, there was never any doubt she had concerns about Kaz joining the mechanics in Yeager’s garage, because there were hardly any evidence given that Kaz knew what he was doing.  Her irritation with the guy was understandable, relatable, and the initial opportunities when we got to know Tam were some of the best characterization moments in the show, be it describing a past friendship with Hype Fazon or trying to relate with Synara. Both times, that characterization often felt shortchanged by the needs of the episode to keep moving.  Nonetheless, outside of Neeku’s eating habits, and Yeager’s loss of family and rebel past, Tam emerged as one of the characters we came to know best. Arguably, as time developed and a need arose to establish exactly why she would not see the First Order as the bad guys, Ryvora received the most characterization. When in doubt, look over images of the main characters and ask yourself, what can you tell me about this character? More keystrokes would likely go to Tam than any other major character.

It was Tam’s seduction, if it can be called that, by Agent Tierney, that became the emotional heart of “No Escape.” Tierney, herself, presented a vision of the First Order that pulled away from the typecast villain that Pyre and the other helmeted goons represented.  Of most of the sequel era characters, Tierney represents something akin to the vision of a new Galactic Empire as ordered by Grand Admiral Rae Sloane as she disappeared into the unknowns of deep space. Tierney is marvelous (but so is Sloane, too). More was dedicated in the show to establishing Tam’s decision in the end to join the First Order than perhaps any other character moment in the show.  As a result, when we go into the second season, Tam’s story hopefully will get the more centered focus it deserves because it’s the story that the show, intentionally or not, invested the most in. More so, depicted as a woman of color, it would be an encouraging step toward more inclusion that Resistance can overall be rewarded for attempting.

As for our other characters, they had one goal, remove the First Order from the Colossus and keep the platform safe.  This was accomplished through literally flushing out the bad guys, which while slightly confusing logistically, accomplished the goal and setup the platform turned ship for its heavenly ascendancy.  There’s not a lot to say that isn’t obvious to the viewer. What’s also obvious is that the scenes of the platform rising from the ocean were some of the best animated television moments of the year.  Resistance from the beginning has focused on the atmospheric aspects of its setting, the hue of clouds and the shades of water, and both applied themselves to the moments as the Colossus and our heroes escaped the clutches of the First Order.  On the strength of its animation alone, Resistance is a show that demands your attention.  That we will get more of it is exciting.

“No Escape” is Resistance at high octane, all cylinders firing, with a satisfying conclusion that perfectly sets up anticipation for the next season.  The only lament being that Disney (presumably) opted to air the finale in two parts, instead of one hour as had been the custom for its previous animated show Star Wars Rebels.  If Resistance can be more like its finale through its regular second season episodes, it will definitely become a can’t miss vehicle for the newest era of Star Wars.

For more on Star Wars Resistance and “No Escape,” check out StarWars.com!

If you missed the Fangirls Going Rogue interview with Suzie McGrath (Tam Ryvora), she drops some neat clues that are now obvious in hindsight with the finale aired. Check it out here. 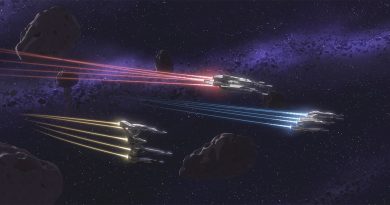 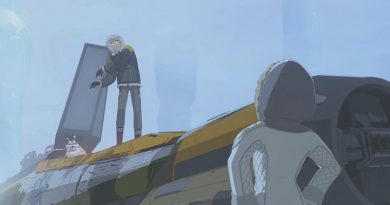 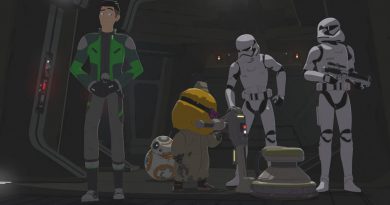