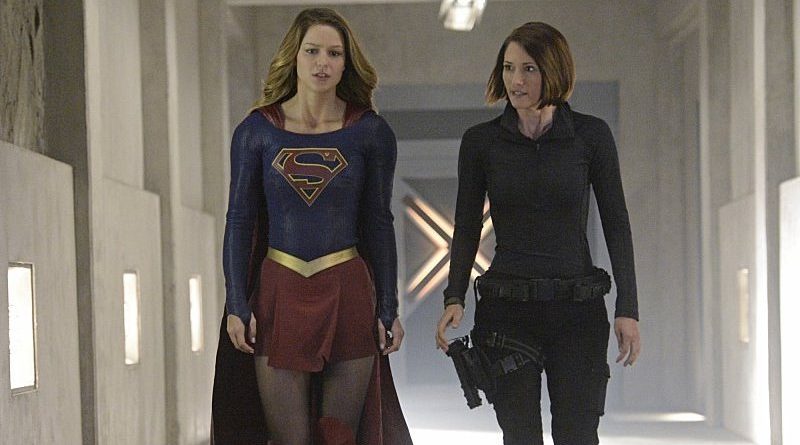 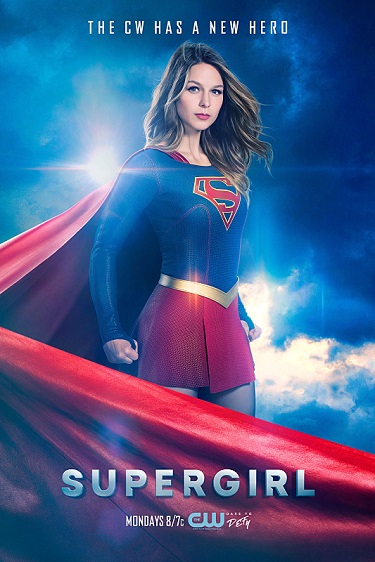 The Heroine’s Journey can be told in any medium, from books or comics to film and television. One of the best new heroine stories debuting last year was television’s Supergirl. Its creative team previously had created successful series centered on male superheroes in Arrow and The Flash, as well as the ensemble cast series Legends of Tomorrow, before taking on the mythology of Kara Zor-El, cousin of Superman. Their efforts produced another success, both for the show and its titular character.

Supergirl is a superhero origin story taking place in the kind of contemporary alternate-reality United States setting that is familiar to comic readers, as well as audiences of the Marvel Cinematic Universe and DC’s film and television properties. It is hardly surprising, then, that the television series much more closely resembles Christopher Vogler’s cinematic version of the Hero’s Journey framework than Joseph Campbell’s historically grounded academic version. Although spread across 20 television episodes instead of a two hour movie, the first season of Kara’s character arc plays out very much as an extended cinematic tale.

In fact, Supergirl is so eager to reach the story of Kara’s ongoing adventures that it covers the entire first act of Vogler’s model in the first episode. Brief narration establishes the Ordinary World that begins her story: Kara is fully aware of her supernatural capabilities as a Kryptonian on Earth, but has been keeping them a secret. Her pod had been sidetracked on its way to Earth, delaying her arrival and giving her infant cousin Kal-El the time to arrive first and grow into the public hero of Superman, who required no protecting from his elder cousin Kara. “Earth didn’t need another hero,” she says, so she has set out to live a regular life and fit in. The opening scenes show glimpses of what this means for Kara: working as an assistant to Cat Grant alongside colleague Winn at CatCo Worldwide Media, fangirling over the arrival of the Daily Planet’s Jimmy Olsen, sharing time with her adoptive sister Alex. Yet Kara is discontent in this life, reminding Alex that “I’m not normal!” and wanting to make a difference.

She doesn’t have to wait much longer for her Call to Adventure. Engine failure on a plane with Alex aboard compels Kara to exercise her power of flight for the first time in years, saving the day. The reaction to the appearance of the mysterious superpowered savior, though, is not what Kara had expected, and she immediately wonders if she has made a mistake. Kara’s excitement at her heroism is tempered by Alex’s fear – “What were you thinking?” by exposing her powers, she demands – as well as Winn’s unimpressed response to a rookie superhero without a suit and Cat’s focus not on the heroics but the media opportunity it presents. Fortunately, Kara does not linger in her Refusal of the Call, but quickly launches herself forward. 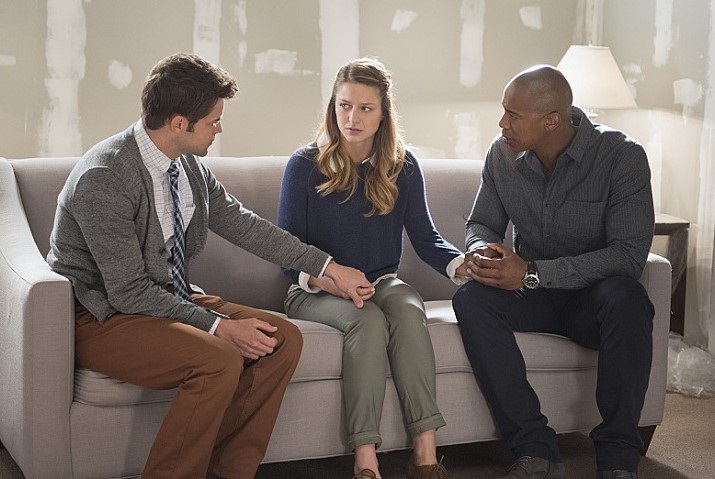 Rather than a more traditional Meeting with the Mentor, a single figure who guides the hero’s path forward, Supergirl follows the trend of contemporary television – from Buffy’s Scooby Gang to Oliver’s vigilante strike force on Arrow and Barry’s support network on The Flash – in building a Team Kara to support the lead protagonist’s adventures. She reveals herself first to Winn, who immediately works to rectify the lack of a supersuit. Her actions fighting criminals draw the attention of the DEO, where she meets Hank Henshaw and learns that Alex has been an agent there for years. A conversation with Cat Grant validates the power of the Supergirl moniker for Kara’s heroic identity, and Jimmy steps in with a crucial photo to save Kara’s public alter ego from losing her job at CatCo. Tension between Kara and Alex over the exposed secrets is quickly resolved when Alex reveals the hologram artificial intelligence of Kara’s mother, Alura, who reminds Kara to “always be true to yourself.”

With Team Kara in place, she is ready for Crossing the Threshold. Her first fight against Vartox, an escapee from the Kryptonian prison Fort Rozz, ends badly. But making peace with Alex gives Kara the motivation to return to the DEO and cooperate with them for the second fight, which Kara wins with an assist from Alex’s voice in her ear. Kara’s transition to heroism is capped by a conversation with Jimmy, who reveals that he had known her true identity all along and delivers a box from Kal-El with words of encouragement: “He wanted you to choose it for yourself. That’s what makes you a hero, Kara.” 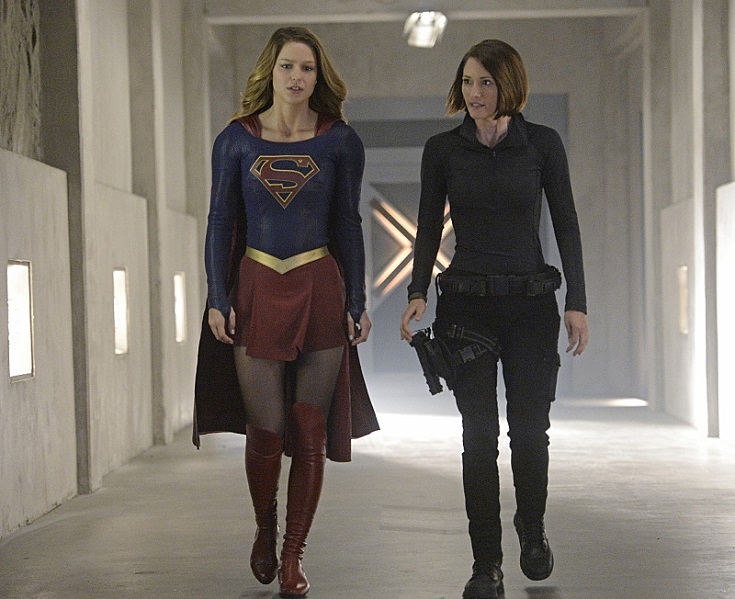 Act Two of Vogler’s model begins with the phase called Tests, Enemies, and Allies. In a movie, this might comprise perhaps an hour in the middle of the film, building toward the major showdowns nearer to the end. In Supergirl, it spans about a dozen episodes of the first season. Much like Arrow and The Flash, many of these episodes follow the “supervillain of the week” trope while gradually progressing the season-long storylines. Kara finds enemies in her mother’s evil twin Astra and Astra’s deputy Non, who want to capture or kill her. She must deal with adversaries like the billionaire scientist Maxwell Lord, General Sam Lane’s much less charitable view of aliens compared to the DEO, and Lucy Lane’s rivalry for Jimmy’s affections. Later, both Lord and Lucy shift to become allies in Kara’s story, unlike the evil Kryptonians. In addition to the tests she faces in dealing with her various weekly adversaries – including learning about heroism without superpowers, when she temporarily loses hers – Kara’s greatest tests come in her relationships with her allies in Team Kara. She overcomes her initial mistrust after learning that Hank is really the alien J’onn J’onzz, gets past the doubts Astra creates about Alura, and copes with the revelation that her adoptive father Jeremiah had been involved in the DEO – and is not dead after all. With Hank’s shapeshifting help she barely manages to deflect Cat’s successful deduction that Kara is Supergirl. And of course no superhero story would be complete without a complicated love life, which for Kara includes working out her feelings for Winn, Cat’s son Adam, and Jimmy. This phase comes to a close with the symbolically significant moment when Kara faces off with the twisted doppelganger created by Lord – because the greatest danger to Supergirl’s heroism is Kara herself.

The remainder of Vogler’s second act spans another six episodes, putting Kara through the greatest challenges of her origin story. The first is Black Mercy, which invades her mind and threatens to kill her. Only the combined efforts of Team Kara plus Maxwell Lord succeed in saving her, culminating in a showdown that leads to Alex killing Astra to save Kara, though Hank initially takes responsibility. New deadly alien enemies, Master Jailer and Indigo, menace Kara as she faces the ramifications of those events. Then she becomes infected with Red Kryptonite, created by Lord, and becomes a dark and chilling figure in the public eye. Hank saves her from the infection, but National City now mistrusts Supergirl. Having passed through Approaching the Inmost Cave and her Ordeal, Kara can achieve the Reward of her journey, Seizing the Sword to become a full-fledged superhero. With help from Team Kara and an assist from The Flash, she rescues kidnapped Cat from Silver Banshee and restores the public’s trust in Supergirl’s heroism. 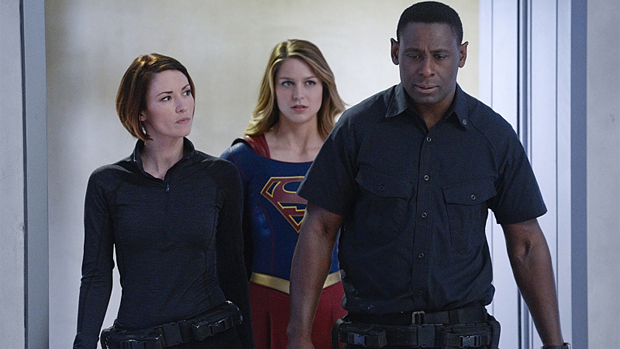 But as with every story following Vogler’s framework, that victory only sets the stage for an even more dangerous confrontation in Act Three in the final two episode of Supergirl’s first season. Her Road Back occurs when Non, still fueled by vengeance for Astra’s death, unleashes the mind control program called Myriad, which overcomes the will of almost everyone in National City. With help from Lord and Cat, who wear Lord’s tech to keep them immune from Myriad, and Alex and Hank outside its zone of control, Kara formulates a plan. Even when Non makes her fight her mind-controlled sister, Kara never gives up. She realizes that hope is the key to breaking the spell, and frees National City from Myriad. The Climax of the story cannot arrive, though, until she stops Non. While Hank defeats Indigo, Kara defeats Non – but the only way to end Myriad permanently is to take Fort Rozz into space to destroy it. In true heroic fashion Kara is willing to sacrifice herself to save National City, and is saved from her demise in a Resurrection by Alex’s arrival in Kara’s old Kryptonian pod.

Unlike Campbell, whose third stage is focused on the hero’s reintegration to the ordinary world after the completion of the quest, Vogler’s model winds down the story swiftly in the Return with the Elixir after the hero’s triumph. Supergirl does the same, devoting only a few minutes at the end of the season finale to a Denouement showcasing Supergirl’s status as a National City hero and Cat’s offer to Kara of any job she wants at CatCo. And of course, as a television show, the season finale ends with a cliffhanger – the crash-landing arrival of another Kryptonian pod – to draw the audience back for the second season of Kara’s heroic journey.

Supergirl’s first season, which aired on CBS, is available on Blu-ray and DVD, as well as online streaming through Amazon and Netflix. The second season premiered on The CW on October 10, 2016, and is available from some providers On Demand. 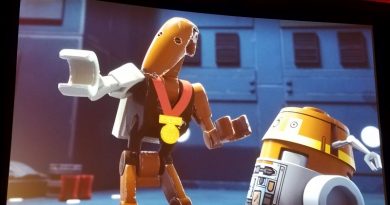 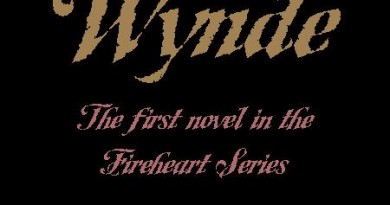 This is Where the Fun Begins!