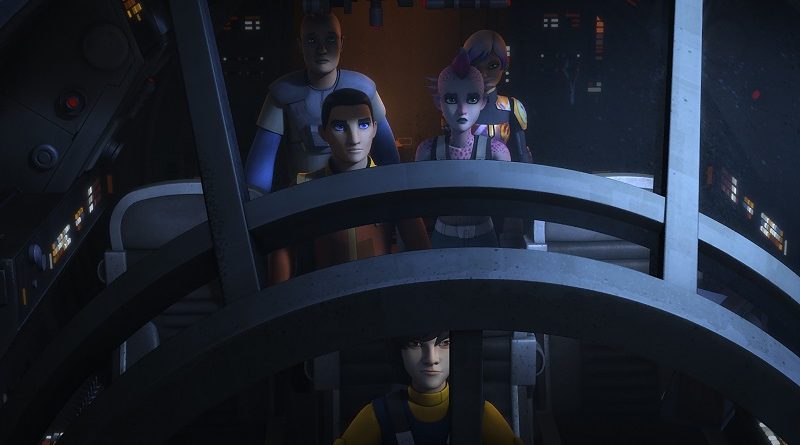 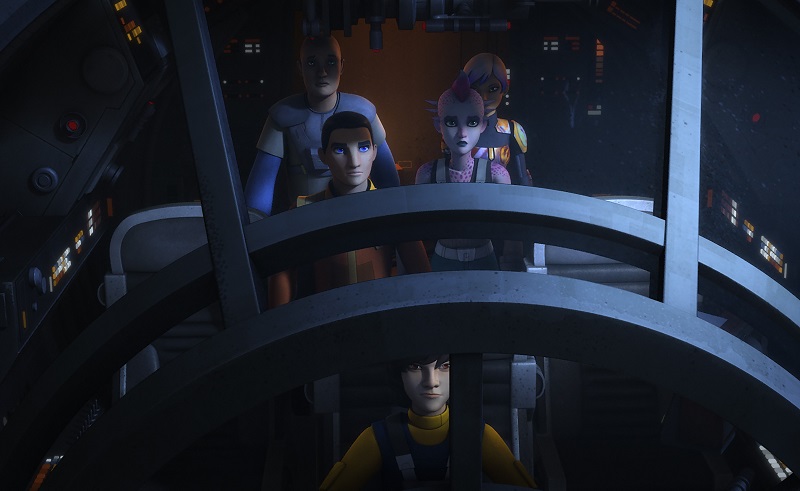 One of the main problems with “Imperial Super Commandos” was a general feeling that the main purpose of the episode was to set up events in a future episode by establishing the state of Mandalore and Sabine’s family under Imperial rule. “Iron Squadron,” unfortunately, suffers from the same looking forward disease at the expense of any significant or interesting glimpses into our heroes’ characters or really advancing the overarching storyline of the growing rebellion and Grand Admiral Thrawn’s threat to it.  At the center of “Iron Squadron,” which Zeb accurately calls “a ship full of Ezras” are three young would-be rebels against the Empire.

Iron Squadron is introduced when the crew of the Ghost arrive at a planet to evacuate its sympathetic citizenry before it falls completely under the control of the Empire. Immediately, a YT-2400 light freighter catches their attention with a successful attack on an Imperial transport. Afterward, our heroes meet Mart Mattin, Gooti Terez, and Jonner Jin.  Of the three, Mattin is the main subject of the episode due to his relationship with rebel commander Jun Sato, his uncle, and his leadership position in Iron Squadron. While most of the episode is spent by Ezra and the rebels attempting to convince Iron Squadron to evacuate, Mattin is provided a small arc of learning how inexperienced and ignorant he is fighting the Empire, as well accepting his uncle’s commitment to him. It’s his uncle, Sato, and Thrawn, however, whom “Iron Squadron” teases as the topics of a more interesting future episode.

Thrawn is introduced early in the episode by sending a reluctant Admiral Konstantine in a cruiser to deal with the Ghost and Iron Squadron, clearly an act intended to push Konstantine out of his comfort zone. From the beginning, it’s clear Thrawn is manipulating his admiral and when the blue-skinned Grand Admiral re-emerges at the end of the episode, after Konstantine has dramatically failed in his orders, the seeds of Thrawn’s future plans are planted with Konstantine’s despairing expression. Thrawn’s season-long strategy of noting and waiting to spring his trap is continued in “Iron Squadron,” by the appearance of Commander Sato arriving to aid in the rescue of his nephew. For the first time, the two leaders communicate directly with each other in a brief exchange concerning Sato’s motivations that concludes with an ominous, “Until we meet again.” Thrawn’s satisfied smile at the end of the conversation would give a fox a run for its money and can only portend bad things for the rebel commander. If anything can be drawn from the interaction, Thrawn’s plans definitely involve luring Sato and the rebel fleet into a trap sometime between now and the season three finale. 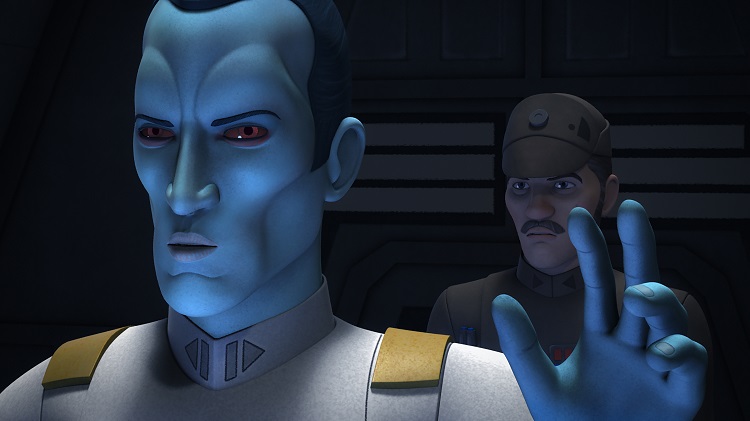 “Iron Squadron” falls into the line of Rebels’ episodes which offer windows into the day to day aspects of running a rebellion against the Galactic Empire, but in this case misses out on the chance to explore a less trodden path of Ezra Bridger. The teens of Iron Squadron, particularly Mart, were specifically held up against the Ezra Bridger of Season One of the show. That Ezra was far more brash and more likely to get himself in over his head in show downs against the Empire, and only the introduction of Kanan and the rest of the Ghost’s crew helped him to rise above those character traits. With Iron Squadron, the episode could have shown the consequences of an Ezra without that guidance, but opted instead to simply have an “oh crap!” moment for Mart once he realized that his cocksure abilities at the helm of his YT-2400 fell far short of what’s needed to take on the Empire and win. When the show readily kills off a defecting pilot in “The Antilles Extraction” simply to raise the stakes, the lack of using the death of a character to actually say and mean something stands out.

One good decision in “Iron Squadron” was the choice to make Mart a person of color and provide a familial connection to Commander Sato. It helps support the trademark diverse nature of the Star Wars universe that is quickly becoming the norm. On the flip side, they could have made Jonner an alien and allowed Gooti to be the other human; nothing would be lost in that decision and the franchise would gain one more addition to its much too small roll call of women characters. It’s the little things which add up, after all.

“Iron Squadron” delivers a competent installment of the adventures of the heroes of Rebels, but hopefully, will be the last this season which turns the wheels of the main story arc only a little forward. Likewise, the strongest episodes in the show’s previous seasons have either focused on the main arc or worked on developing the main characters. It’s not impossible to have an episode like “Iron Squadron” and still achieve these same goals, so hopefully the remaining episodes of the season will accomplish this task.

For more on “Iron Squadron,” check out the episode guide on StarWars.com. 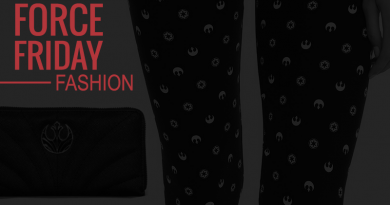 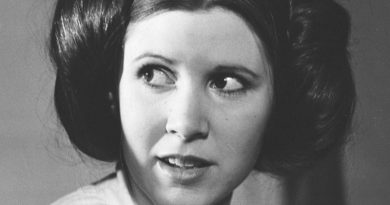 Carrie Fisher: Princess For The People 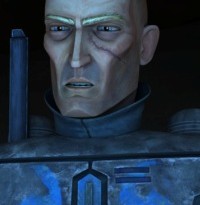