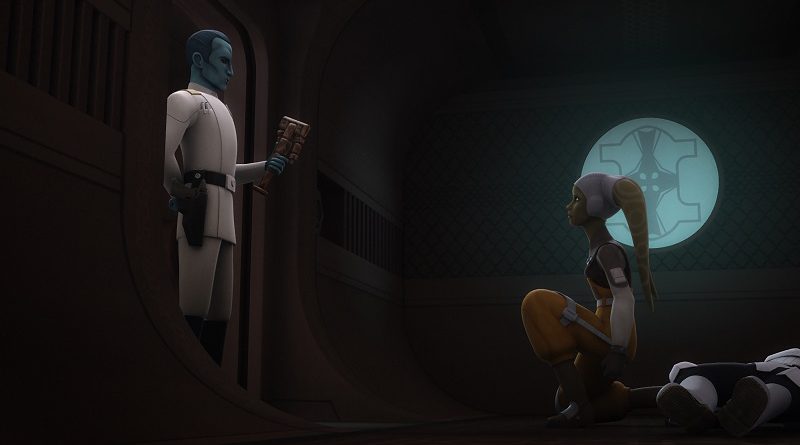 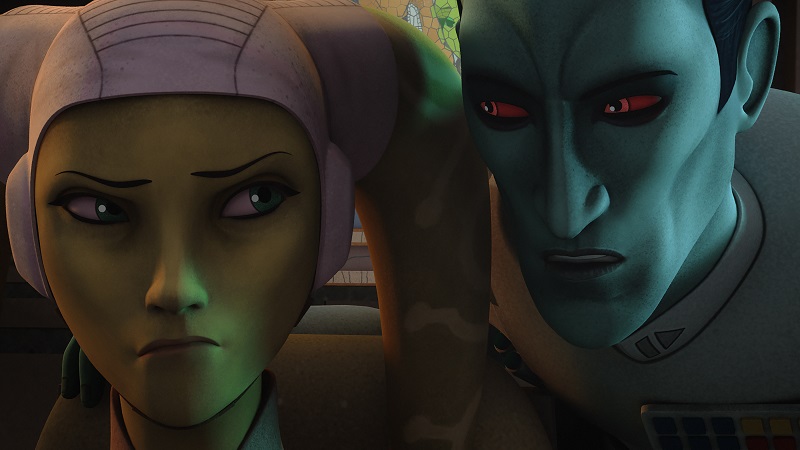 The writers of Rebels have a muse and her name is Hera Syndulla. Over the three seasons of the show, when an episode has revolved around the captain of the Ghost, that episode is not only guaranteed to entertain, but it devotes itself to Syndulla on a consistent level absent for nearly any other of the main characters of the show. This was true in “Out of Darkness,” when Hera and Sabine were left at the mercy of vicious gundarks and in “Wings of the Master,” which revealed the origin of Hera’s love of flying. It remained true in “Homecoming,” when Cham Syndulla, Hera’s father, made his Rebels’ debut. “Hera’s Heroes,” weaves an additional layer to the family dynamic established in “Homecoming,” returning us to Ryloth and to the enjoyable task of delving deeper into Hera Syndulla’s character.

The Imperial invasion and occupation of Ryloth was established in “Homecoming,” and “Hera’s Heroes” continues the story of Twi’lek subjugation. However, the mission which unfolds in the episode has nothing to do with the rebellion or even the Free Ryloth Movement and instead focuses entirely on the Syndulla family. The episode opens with a daring rescue of Hera’s father, Cham, and his lieutenant Numa, from pursuing Imperials and then establishes the McGuffin in the form of the Syndulla family “Kalikori.” The Kalikori is a piece of art, passed from parent to child, which is modified by each generation. It was Hera’s mother’s most prized possession and at the outset of “Hera’s Heroes,” we learn, in the hands of Imperial forces who have occupied Hera’s childhood home. In short order, everyone volunteers for the mission to rescue the priceless family heirloom.

The mission proceeds smoothly with Hera and Ezra infiltrating the Syndulla’s former home and finding the Kalikori, but then everything comes to a screeching stop in the form of Grand Admiral Thrawn. For as much as we learn about Hera, “Hera’s Heroes,” is also a vehicle to truly introduce Thrawn’s character and his motivations to the viewer. It results in a tense confrontation between Thrawn and Hera, and also a prime example of how to execute the introduction of a fan favorite character without sacrificing the chance to explore an existing character’s past, something that “The Antilles Extraction,” regrettably failed to do last week. How “Hera’s Heroes” accomplishes this is by using Thrawn’s exposition, coolly delivered by Lars Mikkelsen, to both explain how Thrawn works, by examining the art and philosophy of his opponent to understand who they are, and allowing him to apply it to Hera and offer a glimpse into how she became the rebel we know and love.

This is beautifully illustrated by the use of the Kalikori as the low stakes McGuffin, as no piece of Twi’lek art is more personal to Hera, and while it helps Thrawn deduce who Hera is, it also underscores Hera’s own character that has developed over the past two seasons. While the most exciting moment of the episode is the interrogation via deduction by Thrawn, the most important scene for understanding Hera occurs afterward when she is tossed into a holding cell. After Thrawn informs his captive he plans to give her family’s Kalikori a place of honor in his collection, Hera growls she would have smashed it to pieces had she known its fate in Thrawn’s hands. This allegedly surprises Thrawn who asks if her family legacy is worth so little to her. In turn, Hera simply states it belongs to her family alone and no one else. This quietly foreshadows the next major turn of events. 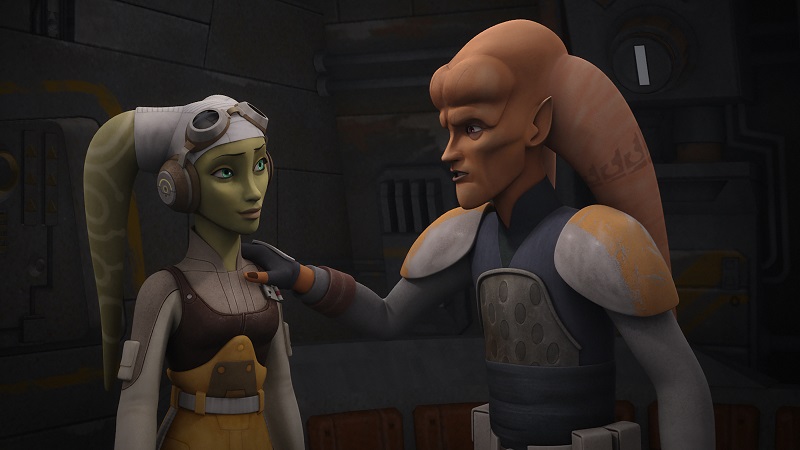 The Imperial commander, a sufficiently incompetent counter example to Thrawn’s masterful ability, convinces Cham Syndulla to surrender in exchange for the freedom of Hera and Ezra. Cham agrees without hesitation and the news is just as quickly passed to Hera, who with the help of Chopper, acting undercover, makes plans for a much different prisoner exchange than the commander expects. In short, Hera orders Chopper to blow up her childhood home to cause a distraction big enough to allow everyone escape during the exchange. This tactic connects back to the kalikori, as Hera explosively smashes to pieces her Rylothian home to keep it from the hands of the Imperials who had setup headquarters within it. Thrawn watches it all unfold from afar, doing nothing to prevent the Ghost from escaping, once again content to allow the rebels their victory. The immediate sense is one of quiet dread for the rebels, that Thrawn has a bigger plan afoot and once the trap begins to swing shut, there will be nothing that can be done to avoid the impending doom.

“Hera’s Heroes,” concludes with an affirmation by Hera that her home is her crew, that her mother’s legacy lives on in Kanan and her father, and friends. It’s a reinforcement of Hera’s perspective on the fight against the Empire, her galactic vision of resistance that clashed with her father’s desire to free Ryloth in “Homecoming.” Hera is a rebel, forged by war, as Thrawn opined, and so often heard from soldiers, it’s their brothers and sisters in arms whom inspire them to fight on. For Hera, so long as she has her Ghost family, she will always continue to fight, even if it means leaving everything material to her past in ruins. To a lesser degree, we also learned something more of Cham Syndulla.

In “Homecoming,” Cham had to evolve his own understanding and relationship with his daughter, who he was prepared to betray for the higher goal of freeing Ryloth. In this episode, he quickly disregarded his own importance to this fight to ensure the safety of his only child. It builds upon Cham’s character at the end of “Homecoming,” and also helps establish the Twi’lek leader we meet in Paul Kemp’s Lords of the Sith, an expanded universe novel that focuses heavily on Cham and his Free Ryloth Movement. 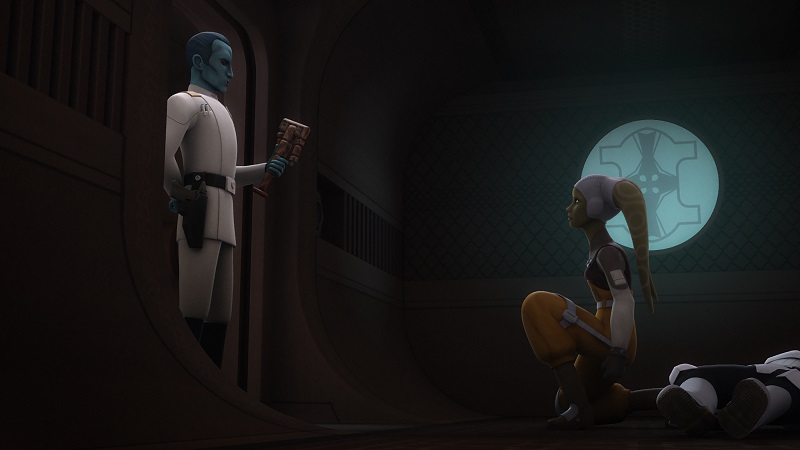 As much as we learned more about who Cham Syndulla is, “Hera’s Heroes” missed an opportunity with Hera’s other parent, her mother. We know next to nothing about her, including her name, and in an episode wherein Hera’s actions are motivated by her mother’s connection to the Kalikori, both father and daughter remained remarkably silent about her. We fail to really learn anything about Hera’s relationship with her mother, before she died, and why that relationship was so strong as to inspire Hera to undergo such a dangerous mission to retrieve the family heirloom. Any of these problems could have been solved with only a couple lines of dialogue which could have been used at one of a few instances during the episode. It’s a missed chance for Rebels, as well for Star Wars in general, to look more closely at a mother-daughter relationship, something that has essentially been non-existent for much of the franchise’s history. With another season of Rebels ahead of us, we can hope that we will still get a chance to learn more about the mother of Hera Syndulla.

Finally, we have Thrawn, introduced in “Steps into Shadow” and in underwhelming fashion. Thankfully, in “Hera’s Heroes,” the Thrawn whom many came to admire and love as the arch-antagonist of Timothy Zahn’s trilogy was introduced from his philosophy of war, studying the art of his enemies, to his ability to supernaturally predict the actions of his enemies, such as when he stunned Ezra a heartbeat before Ezra could raise his own weapon to free himself and Hera. This is the episode to mark when the real stakes were raised regarding Thrawn’s threatening involvement in Season Three and that it was shared with an exploration of Hera’s character makes it that much better.

One can build a trilogy of episodes around Hera Syndulla’s character development and they run chronologically. First, “Wings of the Master,” introduces us to Hera’s earliest love and passion, flying. Next, “Homecoming,” which like The Empire Strikes Back, draws upon conflict between child and father to deepen our understanding of Hera’s past, her connection to her home, and her wider vision of the rebellion. It’s these qualities which are the foundation for our final installment, “Hera’s Heroes,” that builds upon them to reveal how strongly held Hera’s beliefs are in terms of her family, home, and what must be sacrificed to fight the empire. Given the personal confrontation setup between Thrawn and Hera in this episode, it’s those qualities which will become critical as the season goes forward.

For more on “Hera’s Heroes” check out the episode guide at StarWars.com. 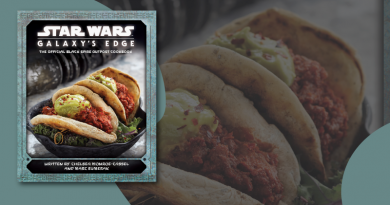 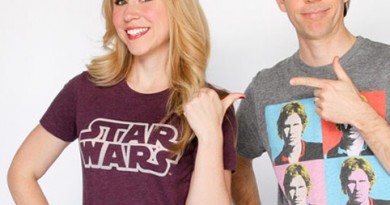 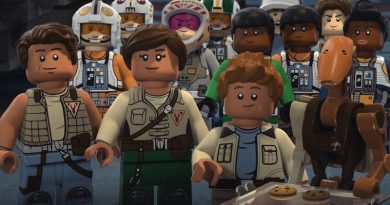