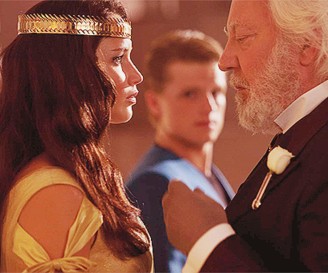 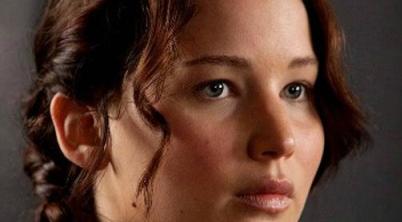 With a pull of her bowstring, Katniss Everdeen takes aim at familiar role models, set to pin a fresh perspective on the heroic archetype. She quickly pierces her target, sending cultural “norms” fluttering to the ground.

The volume of opinions being expressed about The Hunger Games is staggering, but many reviewers seem both mesmerized and bewildered by Katniss. She challenges the sensibilities of those invested in classic fictional archetypes. At the same time, her character is admired and respected for displaying archetypal qualities. The result is a broad discussion about a woman in fiction that I wish would happen more often.

Katniss has now moved out of The Hunger Games and into the arena of public scrutiny, where she endures often ineffective comparisons to a variety of other, very different, female protagonists. Gamemakers from film and literature are trying to mold Katniss’s complex personality into a formula that they find comfortable, but she has few, if any, fictional counterparts whose worlds, lives, problems, and heroic qualities are similar enough to make useful parallels. The resulting firestorm of opinions clearly illustrates that Katniss is an unsettling character in unsettled times.

Literary archetypes are often idealistic, sometimes mythical, and usually historical in origin. Carl Jung described them as “idea[s] inherited by the collective consciousness,” meaning that we create most of our prototypical heroes in the images of our ancestors. While historical figures are the basis for most common archetypes, occasionally, characters like Katniss Everdeen emerge from the mists of a possible future to create a new mold that defies the Jungian definition. Traditionalists have good reason to be uneasy. Here is a future hero who will refuse to slip into Joan of Arc’s breastplate or the Victorian petticoats of their classic role models. Katniss insists on being Katniss.

Through centuries of storytelling we have developed a specific set of characteristics by which to measure archetypal heroes: courage, skill, brave and noble deeds, a keen sense of honor, and a self-sacrificing nature. For the most part, heroes also conform to society’s everyday ideals – its comfort zone of “norms” – particularly where gender is concerned.

Does Katniss meet the standard heroic criteria? Absolutely. She embodies heroism with extraordinary courage in the face of paralyzing fear. Her skills as hunter, provider, and caretaker keep her and others alive. She purposefully confronts vicious enemies because it is right, and it must be done. Katniss is bound by her word, making rare exceptions when life-or-death issues supplant promises made; her loyalty is unwavering; any acts of destruction have necessity, urgency, and resonance.

Does that image differ from descriptions of memorable male heroes? It does not, which goes a long way toward silencing those who believe that heroism is a masculine domain.

Katniss is focused on creating the best outcome for the most people, always sacrificing her needs for those of others. Unburdened from issues of gender and race in Suzanne Collins’s visionary culture, Katniss is very uncomfortable when artifice like body polishing and “making friends” are forced upon her as matters of the utmost importance. Her distaste for the Capitol’s manipulative tactics is obvious but she is smart enough to play whatever games are necessary to reach her goals. 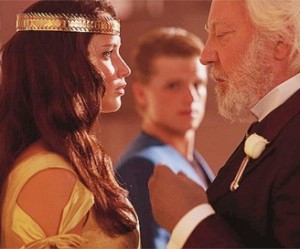 Differences more subtle than whether she wields a warrior’s blade or a hunter’s bow are the basis for advocating Katniss as a new archetype for future generations. Historical models are growing too archaic to adequately represent our changing society. Comparisons to traditional archetypes such as “American Adam” fade in the shadow of arguments for change that will help to bring fictional characters in step with reality. Teens and adults are fascinated by tales of dystopian futures because we live in a fragile world with uncertain prospects. To glimpse some imaginative possibilities is to bring our world and ourselves into focus. People are searching for new heroes, particularly girls and women who hunger for absent female characters that are relatable and current. Katniss’s popularity may very well indicate that she is being embraced as that role model, an intuitive leader of the sort we hope that our children’s children might some day become.

Still, the heroic Katniss is subject to criticism at least as often as praise.

Canadian newsmagazine Maclean’s takes the middle road, describing her as “a highly compartmentalized character, focused on providing for her family…[a] not entirely likeable but hugely compelling lead…”

The term “compartmentalized” is apt, although Katniss is clearly subjugating parts of her personality due to circumstances, not by choice or natural inclination. The ability to dissociate from emotions that are powerful but not immediately relevant (such as romance, which Katniss persistently ignores) allows her character to focus on fulfilling her self-imposed mission: protection of her younger sister, Prim. If she let loose the barely suppressed grief over her father’s death, or her despair over the family’s crushing poverty, she would lose the concentration she needs to fight in the Games. Katniss instead turns those destructive feelings into motivations, and by building walls around her pain, she becomes a poster girl for the “strong, silent type” – the quintessential stuff of heroes, notable for not being a gender-specific description.

Anyone who shuts down some or all of their emotions may seem unapproachable or not entirely “likeable.” Katniss certainly appears cold or indifferent at times. Yet an insightful person with an open heart who cares enough to make the effort will recognize a human being with their barriers up, and try to see what is hidden behind those careful walls.

For Katniss, that person is Peeta. Her fellow District 12 tribute is a compassionate, emotional character. He is a well-spoken, thoughtful, self-deprecating, honest young man with no dream for Games victory. His tears flow freely as the pair departs for the Capitol and what he believes will be his certain death. This does not make him less masculine, but more human.

Peeta is not written as an archetypal hero but his actions are heroic. The boy with the bread is self-sacrificing, willing to do anything – including die – to help Katniss survive.

Heroes often have foils and sidekicks: characters that adventure with them, offering help and encouragement. Peeta is Katniss’s opposite number, her friend and partner. Together they are greater than each would be alone. Their relationship is complicated by Peeta’s infatuation with Katniss, but the one-sided romantic melodrama is downplayed just enough to benefit Katniss’s credibility as the story’s highly focused hero.

Despite our tendency to idealize them, no hero is perfect and Katniss is no exception. Her will to live and to fight against crippling adversity centers on her sense of responsibility and love for family and friends, best demonstrated by her surrogate-parent relationship with 12-year-old Prim. If you injure Prim, Katniss will bleed. This vulnerability is both the core of Katniss’s self-sacrificing nature and the weak point at which she can be broken. 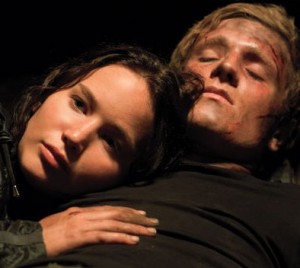 Peeta is the source of strength that Katniss leans on when she is worn down by the coldness of “career” killers, horrific bloodbaths, raging fires, savage predators, starvation, dehydration, injury, the murder of a surrogate sister (Rue), and even the kindness of a gift from strangers. Such trials – falling upon her, one right after the next – are more than enough to crack the strongest of heroes, exposing their vulnerable aspects. Having an Achilles heel is not unique to Katniss, nor even to female protagonists. Superman could be stopped by kryptonite, but he had Lois Lane and Jimmy Olsen in his corner. At the worst of times, gender matters not, but the support of friends can tip the odds in any hero’s favor.

Katniss’s complex humanity personifies strength and integrity for a future that none of us want to see realized. We can hope that our youth recognize and emulate her best qualities. That would bode well for Katniss’s real world generation.

She is the family provider, hunter, and father-figure, as well as a caring, maternal friend, who is desirable and beautiful. I have seen the description “genderless” used in discussions about her cross-gender qualities, but I suggest instead that Katniss represents a “blend of genders.” A concept of inclusion is closer to the heroic model than a word that attempts to wipe out gender individuality completely.

And so we are left with a choice.

I prefer the simplest term, “hero.” After all, the dictionary definitions are identical. Are gender-based forms of the same name necessary for fictional characters who meet the same archetypal criteria?

Debating the relative merits of these titles would make Katniss herself cringe – and probably send her running for the woods. She has more pressing concerns.

The hero’s journey of Katniss Everdeen has begun. She is poised to change her world. 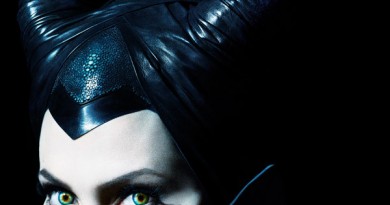 Only Grand Captain Mockingjays of Future Tomorrow: Kay’s Top 10 Movies to Look Forward to in 2014