In case you missed it, there were many notable events in 1977. It was a year that in retrospect tossed life, science, and SciFi into a jumbled, heaping pile of strange convergences and contradictions:

The so-called “arms race” was not quite over.

Humankind can build sturdy, work-horse spacecraft. We have since learned that landing equipment (the Mars Rover) is a little more difficult.

A fleet of Star Destroyers was heading straight for Hollywood’s ivory towers plus a stunned sub-segment of the world’s population who just didn’t “get it”.

Like the passionate followers of ancient myths, a worldwide community of believers was brought together at the altar of Star Wars for a multitude of reasons. Certainly the vastness of the new galaxy opened our minds to creativity and innovation. But I think there is one scientific connection that has, to date, been ignored by academia and society as a whole. (More on that in an upcoming discussion.)

In this year of unexpected resurgence, Star Wars fans are looking eagerly forward to the December 18th release of The Force Awakens. Despite the sale of Lucasfilm to Disney coinciding with the retirement of George Lucas, the news that more Star Wars movies would be made stunned our community. Of course, we adapted quickly and embraced the prospects of new stories in that galaxy far, far away. A new chapter in our thirty-eight-year-old journey is beginning.

As someone who has been an adult fan since John Williams’ original score heralded a new world for the geek-inclined, I bring an original fan’s perspective to our favorite franchise and I am fine with being in the same age group as actors Mark Hamill and Carrie Fisher. No matter how young we are, the excitement feels the same as we countdown to the ultimate #FANGIRLFLAIL – and possibly the best holiday gift, EVER. 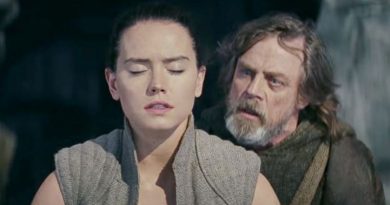