On Hyperspace Theories part of what we do is take information we’ve gathered about Star Wars and explore the possibilities of what it could mean and where it might take the story. This form of speculation can be a lot of fun and apparently addicting, because while we’ve mainly been talking about The Force Awakens on the podcast, I’ve found myself doing the same thing for the TV show, Star Wars Rebels.

This led me to coming up with a theory for the Kyber crystals targeted by the rebels in “Breaking Ranks,” which was later confirmed by Pablo Hidalgo and crew in an episode of Rebels Recon. If you’re interested in hearing more about that theory, check out the episode of Disney Vault Talk’s Rebel Yell where I discuss it. Since that mystery is settled enough, at least in my mind, I’ve moved on to a bigger one: Who is Fulcrum?

In the fifth episode of the first season of Star Wars Rebels, we are introduced to a character called Fulcrum by way of a voice who has information for our heroes. “Out of Darkness” implies only Hera Syndulla might know Fulcrum’s true identity. Fulcrum gives Hera background on Imperial targets but also leaves supplies for the rebels at drop points. In “Gathering Forces” we learn Fulcrum is traveling, at least at the moment, in a CR90 corvette with a blue stripe when they come to pick up Tseebo, the Rodian with a head full of Imperial secrets.

And that is about the extent of direct information we have on Fulcrum by the mid-season finale. There’s not even a voice credit given at the end of the show or online. This led to many fans trying to determine who might be providing the voice as a clue to Fulcrum’s true identity.

WARNING. WHAT COULD END UP BEING SPOILERS BELOW. YOU HAVE BEEN WARNED.

As a voice actor on a regular basis I listen very intently to voices wherever I go to pick up inspiration for what makes a voice distinct and how people tend to say certain words (in addition to listening for content, of course). After first hearing the Fulcrum voice, my gut said it was a female. The speech pattern was more of a typical feminine pattern than a masculine one. Of course on the show Fulcrum’s voice is filtered and manipulated for the character’s safety, so it makes it a little harder to confirm a gender. Around the same time, though, Johnamarie of The Wookiee Gunner played around with Fulcrum’s audio pitch and arrived at the same conclusion that Fulcrum is most likely female.

Based on this, the pronunciation of the word “understood,” and some markings on the Fulcrum’s supply crates, many fans jumped with joy to the idea that this may be Ahsoka Tano we’re talking about. No doubt many Ahsoka fans would hope she was indeed still running about the galaxy working on the side of good in the years after the Clone Wars, and that maybe this led to a role in the foundations of the broader Rebel Alliance. I don’t blame them.

But right now? I don’t think Fulcrum is Ahsoka.

I can understand the idea of marking a crate with a symbol to let someone know which ones are for them, but using something similar to a naturally-occurring shape on your head seems a bit too on the nose. Besides, I think there are some other options for Fulcrum that can leave Ahsoka to play another role elsewhere.

So who could it be instead?

Mon Mothma is an Imperial senator during this time frame and a canon character thanks to both TV and the movies. She’s also one of the founders of the Alliance to Restore the Republic. Shhh!!! Don’t tell the Empire. Fulcrum has some sort of access to information about Imperial movement and shipments. Who better to have insight into Imperial plans before they’re public or widely known than a senator? Plus according to Mon Mothma herself in Revenge of the Sith, the Imperial Senate was pretty much non-functional. She’d have plenty of time to go over new laws being passed, check out what was in the budget, be aware of what the military was up to, and talk to others about what was going on in their systems. We also know at some point, Mon Mothma has access to a league of Bothan spies because, as she says in the movies: “Many Bothans died to bring us this information.”

As we’ve seen in Rebels, the Ghost’s crew has a tendency to blow stuff up and fight back. While Mon Mothma prefers the diplomatic route over fighting, seeing as she’s a full-on leader in the Rebellion as of Return of the Jedi as they go into battle, it seems she realizes sometimes there is no other choice.

While Mon Mothma knows she has to keep quiet in her role, there’s no question she’d encourage those who could to take action. But I know what you’re thinking – why then does Fulcrum’s information tend to underestimate the Imperial presence? Well, if one of her rebel teams get captured (and there’s no reason not to think the show’s rebels are the only ones out there), she can’t have those like Agent Kallus tracing the information back to her. That’s right; I’m saying maybe Fulcrum gives less than completely accurate information on purpose.

But then again, maybe Mon Mothma doesn’t feel comfortable with taking even that level of risk. Maybe if she’s transmitting and communicating often, she’d be noticed. So perhaps she’s a source of the information and she’s passing it on to someone else.

In the Expanded/Legends Universe, Winter was a childhood companion of Princess Leia’s. An orphan taken in by the Organa family, Winter had all the same schooling as Leia plus she has pretty much the best memory ever. She can remember anything she’s seen or heard and is great at piecing together information and finding connections. With that kind of ability, she’d be able to know which groups were going after which targets as well as various contact information without any of it having to be written down or in a computer that could be intercepted.

In Legends she’s often in an intelligence or spy role. That’s a really good foundation for taking any information Mon Mothma gathers and putting it to use. Since she’s good at disguising herself, she could easily gather her own data, too. Plus some of her missions in the EU involved her procuring supplies, so it’s likely she could have acquired the ones Fulcrum leaves for Hera. And as an honorary member of Alderaan’s royal family, it’s feasible she could get access to beings and resources – resources like a corvette that’s pretty similar to Bail Organa’s that’s already shown up in Rebels as well as the one Leia is traveling in at the beginning of A New Hope.

Winter’s Legends character is in the right sphere at the right time. A fulcrum is the point that plays a central role in an activity, and here we have someone who has all the skills needed to be the hub of a rebellion’s network. The original Expanded Universe is a rich pool of characters, worlds, and concepts. Here is an opportunity to rescue a character from it. It’s been said inspiration can come from the EU and Star Wars content like Rebels has already taken advantage of that. Every previous Winter story doesn’t have to have happened to make her work as Fulcrum. Pulling Winter into Rebels doesn’t have to create any conflict with the existing canon either. Winter could easily be off-screen with other groups or on other missions during the original trilogy.

So do you agree? Disagree? Agree to disagree?

Either way there you have two possibilities Fulcrum could be another really neat female character added to the Star Wars mix. It’ll be fun to tune in to Star Wars Rebels to find out who Fulcrum really is. 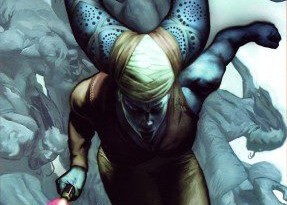 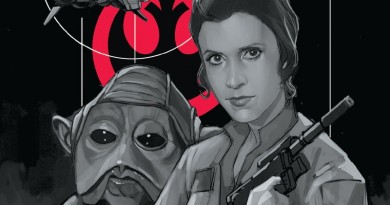 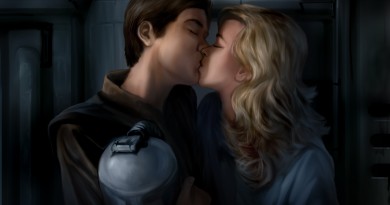 6 thoughts on “Who is Fulcrum? Speculating on Star Wars Rebels”