FANgirl note: The Disney acquisition of Lucasfilm has already generated a lot of reaction. This is a significant fandom moment that took many years of planning, so I’ve decided to give myself at least a couple of days to pull together an opinion on the matter. In the meantime, one of my fabulous contributors, Priya Chhaya, posted her thoughts as a historian and fangirl over at her personal blog.

Cross-posted from …this is what comes next.

I am a woman who loves Star Wars.

This is not the blog post I intended to post earlier this week, that will probably come in a few days. Rather the sudden news yesterday that the Walt Disney Corporation has purchased Lucasfilm demanded a quick reflection.

My introduction to the infamous space opera came at an opportune moment during another disaster that befell the east coast. The Blizzard of ’96 allowed a young eighth grader, trapped by walls of snow for two weeks, to sit at home and watch via grainy taped-off-the-tv videotapes the adventures that comprised the Star Wars saga. It wasn’t necessarily the space or the potential action sequences and love stories that drew me in, but rather the idea that in this world, history had been created.

It wasn’t a real history (at least inside the narrative itself), but it was a history. One of a father and his son. A monarch and her planet, a scoundrel trying to hold on to his identity. It was that I could see the broad brush strokes of our own past amidst the evil Empire, the white helmeted stormtroopers plucked from the recent horrors of a human past.

It was a window into a brand new way of talking and thinking about the world.

This past weekend I was in Seattle, Washington for a pre-National Preservation Conference (look for posts on that later) vacation. While there I checked out an exhibition on the Icons of Science Fiction at the EMP museum which looked at the land of “What If” and used text, objects, and stories to make links to that perennial question for a different life. Questions that demonstrated the mechanism through which I stepped into loving a galaxy far, far, away.

What if I was the chosen one? What if we were invaded by aliens? What if…. What if… What if…

These questions are what allows for imagination to flourish and new visions of culture and creativity to sprout roots.

So what does this purchase by Disney mean? Other bloggers have asked the important (to fans) questions. 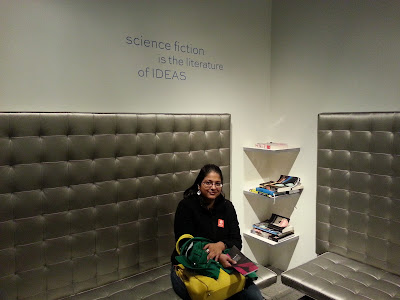 More importantly what questions will this new addition to this epic ask. What can elevate the saga to new heights, to greater inspiration, to a broader vision of a galaxy far, far, away.

At one point the Icons of Science Fiction exhibition states that “science fiction is the literature of ideas,” and I hope that Disney, Kathleen Kennedy, and George Lucas use this to look not to re-boot, re-use, or dilute the ideas that made this space odyssey so magnificent, but rather choose to magnify those ideas that make it so engaging and inspiring. I’m cautiously optimistic and can’t wait to see what happens next. 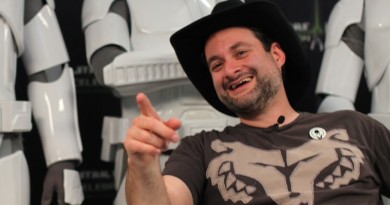 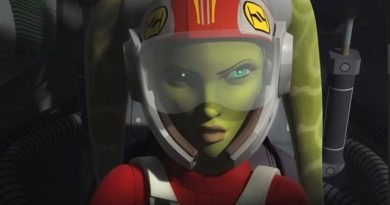 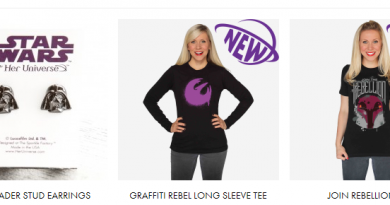