I finally figure out that the more you kill, the faster you gain XP (experience points), which brings you to a higher level. The higher your level, more strength, more power. I also figure out each task you do is labeled by level. Now I can avoid some unnecessary deaths by waiting to level up before trying them. It seems so obvious, but there is so much going on initially that it’s something I completely missed.

Some of the quests anyone can do, while others are specific for your character’s story and are marked by “rooms” or “instances.” It’s the D&D equivalent of a dungeon. If it’s green, you can go in and your story progresses, depending on your answers. Your answers to the NPCs typically have three possible responses: a neutral answer, a dark one, and a light one. There are also some missions you get that require a group to complete. 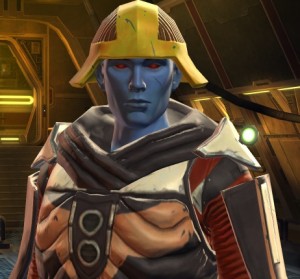 The first time someone asks me to join him in a group, I decline. I can barely fight my own fights. I can barely click the mouse on a target before randomly hitting number buttons, and my characters still run into walls. One time, Knell falls off the stairs at the Sith Academy.  He has a few health points knocked off and a bruised ego. I am mortified.

One morning after school drop-off and having done my own errands, I sit down to play. I am standing outside a cave and another Sith Warrior asks me to join a group. His warrior dances and suddenly I figure out how to make my character do all sorts of things. Dancing, clapping, waving… It’s fun, though I am disappointed he can’t Tebow. I agree to join, and a few more join our group, too. I warn them all I have never done a group before. No problem, they say. We do a group dance like Maori warriors before we go kill some giant lizards and finish a quest. These group quests are called “heroics” and doing them also wins you social points – and you guessed it, better loot.

Though I’m in the Guild, I feel pretty shy to talk to anyone but DJ. I ask the dumbest questions. I have one mission which keeps killing me despite being the right level, so I ask the DJ on Guild chat how to finish it. Another Guild member, Krail, a Level 27 Bounty Hunter, answers. “You need a companion,” he says, “Just wait a little longer, you’re almost there.” I see another Sith Warrior, one level ahead of me with a Twi’lek companion. I level up, get my own companion, Vette, and finish the mission. I even get to personalize my Twi’lek companion. With Padawan’s influence, Vette gets a tiara.

I’ve reached Level 10 with Knell. I get a congratulatory email from Bioware. I also have to choose my specialization as a Sith Warrior and it opens up a whole new set of terms. Tank, DPS, and Healer. I have no idea what any of it means and pick the Marauder because I can learn the juyo form and wield two lightsabers.

It’s been a big week.

My Sith Warrior is now a Level 12, the Bounty Hunter is a Level 10, the Jedi Knight is a Level 6, and the Jedi Consular is a Level 4. Lord Knell is ready to move to the next planet!

The Black Talon Flashpoint. A flashpoint is a special group story. You need four people to play. You get extra goodies doing flashpoints as well as social points, which also help you get even more special goodies. These items help your character get additional power, speed and strength..

I get to the Black Talon right as I finish my time on Korriban. I was on my way to the Imperial Space Station, going to Dromund Kaas, the capital planet of the Empire. The story is that you are on a fast ship, but it gets called on to attack Republic forces infringing on Sith space. 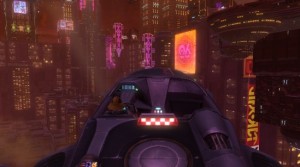 It feels intimidating, so again I look to the Guild. Only Krail is online. I summon a little nerve and asked Krail if he has done the Black Talon yet and if could he give me some advice. Krail replies he hasn’t done any flashpoints, and offers to join me. It’s the equivalent of a sixth grader agreeing to play with the second grader. I was irrationally excited.

While Krail flies in from Dromund Kaas, I ask in general chat – my first general chat – if anyone wants to join us. It takes a little time, but we get a group of four. Our group includes two Sith Warriors, a Sith Inquisitor, and a Bounty Hunter. The other Warrior is a Zabrak, hulky like Knell. The Inquisitor is a hooded slim Pureblood. Krail is the weirdest-looking alien I’ve ever seen, with an olive gray pith helmet-shaped head and multiple red eyes.

It’s all I can do to follow the group and fight with them. I just press the numbers as fast as I can, hoping my random chopping works.

We win, and the group bounty comes up, I would hit “roll” and I sometimes I win it. The Sith Inquisitor asks me why I was taking all the stuff even if I didn’t need it. I reply, “Sorry, keep it all, I don’t know what I’m doing! First Flashpoint!” He replies with an all-is-forgiven smiley face. He also explains I only need the medium armor for my Sith Marauder.

The other Sith Warrior compliments Krail on his helmet. I guess he’s not a green multi-red-eyed alien after all. Krail replies he won it doing a heroic. “I’m so overleveled,” he adds, “the fire isn’t even denting my armor.”

That’s when I look at the time.

If anyone is surprised I’m a soccer mom, they don’t comment.

When we return I dry off and feed Padawan, then return anxiously to Knell, who I logged out on in the middle of a fight. Did I destroy him? I’ve become fond of the way he lounges against the wall with his arms crossed and the way he paces when he’s annoyed. With his accent, he’s kind of the Sith equivalent of a Regency romance novel rake.

I find Knell standing forlornly outside the Black Talon entrance. We board the shuttle to Dromund Kaas dejectedly. At the terminal, I spy Krail! I bow deeply to him, mostly because I now know how to make Knell do it, and it  seems like a rakish thing to do.

I also manage to convince Krail to dance. He and Knell look like they should get called for excessive celebration in the end zone. Padawan and I are in hysterics. “This is very out of character for Krail,” Krail says severely. I feel a little bad as we are supposed to be in a role-playing Guild. Too bad that’s yet another thing I don’t know how to do. 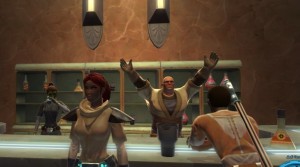 “Can I buy you a drink?” I ask. This is my first attempt at role-playing, I add.

Krail takes us to the cantina in Kaas City. He is able to run really fast, but always stops and waits for me. It’s thoughtful. It surprises me how patient and understanding most of the other players have been, considering how ineptly I  play.

“How do you run so fast?” I ask, practically panting. Knell is as slow as I am on the treadmill. “Sprinting is an ability you’ll get soon,” Krail says.

We get to the cantina. The Empire cantinas definitely have better music and lots of Twi’lek holo dancers.

“What species are you?” I ask Krail. He takes off his helmet.

He’s Chiss. Of course. I order us both Forvish ales, in honor of Thrawn.

The week has been intense. I like Dromund Kaas. It reminds me of Costa Rica, lush and jungly, but with Stormtroopers, hostile Vine Cats, and the occasional Wandering Sleen.

I go on a quest to find the leader of a cult of Revan. She looks exactly like my Jedi Knight’s evil twin. Having read Revan, I know her beliefs are false and have no problem betraying her to the Empire.

Hubs calls me while I’m in the midst of a battle. I hang up on him. He’s on a business trip somewhere in Europe. Good thing he’s amused.

Knell dances randomly in the VIP lounge on the space station. Someone comments on it in general chat.

I start dreaming about Knell, Krail, and Dromund Kaas.

My friend tells me her fiancé played so much SWTOR that they ended up in pre-marriage counseling. Of course he’s an EA game engineer, but I can see how it might happen.

One day I finish work early. On my way home, I realize that Bloomingdales’ is having a big sale. My choice is to shop or to go home, start the laundry, and play SWTOR. I pass the mall exit without a second thought. Hubs has got to approve the SWTOR monthly fee and clean towels to a Bloomingdales’ bill. Maybe I can somehow parlay this into a second PC? The family that plays together…

This SWTOR thing is getting serious. 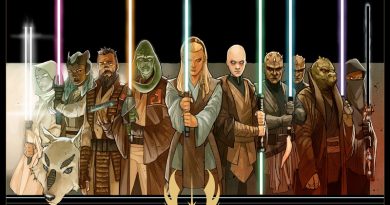 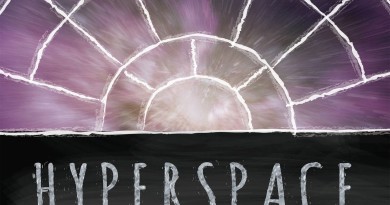 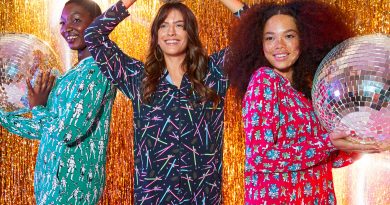