The one-hour premiere of Season Four of The Clone Wars is now just one week away, at 8:00 p.m. Friday, September 16th on Cartoon Network. Last week, Lex offered a look at the contrasting paths of TCW and the EU in recent years and encouraged everyone to give TCW at try, even if you might be skeptical that you’ll like the show the way we were originally too. This week, I thought I’d offer another round of encouragement to watch TCW if you’re not already a loyal viewer. I’ve praised TCW extensively in previous blogs, so I’ll keep this short and sweet.

12. Forward Motion – During its first fifty episodes or so, TCW didn’t always progress in chronological order, sometimes jumping back to tell stories earlier in the war. While these added episodes were often fun in their own right, the out-of-sequence airings led to some confusion and criticism. Fortunately, TCW began running consistently chronologically during Season Three, and Dave Filoni has confirmed that the pattern will hold from here on out.

11. Layers of Story – The Star Wars movies include a great mix of layers for different viewers. For every popcorn blockbuster space battle or lightsaber duel, there’s a philosophical teaching or an intense emotional moment. TCW matches this same layering within its stories. There are simple fables of loyalty and heroism that speak to the children in the audience alongside the thematically complex Mortis arc or the darker Nightsisters arc. Just like the movies, there’s something for everyone.

10. The Bad Guys – Ever since Darth Vader first marched across the screen, Star Wars has been known for its great villains. TCW continues the tradition to great effect. Darth Sidious pulls strings behind scenes while the Chancellors manipulates in the open. Count Dooku lets others do his dirty work most of the time, but not always, and Grievous is vicious but unaware of just how much of a pawn he really is. TCW has brought Ventress to the fore as a recurring menace to Kenobi and Skywalker, allowing for a lot more lightsaber and Force duels. The secondary villains are just as chilling, from Mother Talzin and Savage Opress to Pre Vizsla and the Death Watch.

9. The Good Guys – Star Wars wouldn’t resonate as it does without great heroic characters too, and TCW gives the movie characters much more time to shine. The unparalleled teamwork between Anakin and Obi-Wan leaps off the screen, and it’s much easier to see Padmé as Leia’s mother in TCW than in many of her scenes in the movies. Where TCW really excels, though, is adding depth and breadth to the heroic cast. Many Jedi who were little more than background characters in the movies, like Kit Fisto or Plo Koon, are developed into real personalities. Even more interesting is the vast array of difference among the clones, each one a fascinating soldier in his own right. TCW leaves you wanting to root for all of them.

8. Familiar Elements – TCW is very much its own Star Wars series, focusing on original story arcs and character progressions. But TCW also draws heavily for inspiration on other Star Wars material. It calls back to Episode II and ahead to Episode III, of course, but TCW hasn’t hesitated to reach back to Episode I or ahead to the Original Trilogy. There’s a surprising amount of Expanded Universe material used in TCW, too, from giving roles to EU characters like Ventress and Quinlan Vos to subtle details like a quick reference to a space battle tactic created by Timothy Zahn for Grand Admiral Thrawn or Ahsoka fighting with a regular lightsaber and a shorter shoto, just as Luke Skywalker did against Lumiya in Legacy of the Force. True, at times the use of EU material in TCW has generated controversy when the continuity with prior works has been less than precise – but it’s no small irony that the apparently-once-again-slightly-reedited movies are being released on Blu-ray the same day as Season Four premieres. If George Lucas keeps tinkering with the films, it’s not a surprise that the EU gets some occasional tinkering, too.

7. Teachable Moments – For those who share their TCW viewing with young children, the show can provide some great opportunities to stretch not only their imaginations, but also their creative and critical thinking skills. When a youngster asks a question like “why did he do that?” or “why was she afraid?”, suppress the impulse to explain and see if you can guide them into figuring it out on their own – you might be surprised at how quickly they can. I’ve seen it with my nephews, and so has Lex with his son. It’s great when Star Wars is fun, but it’s even cooler when you can learn from it, too.

6. Pretty Pictures – The visual impact of TCW has only gotten stronger as the series has progressed. Some of the episodes at the end of Season Three are nothing short of stunning in their beauty and intricacy, and the teaser clips for Season Four show only more visual brilliance to come. If you’re still thinking of TCW as “just a cartoon,” you’ll be blown away at what you see on the screen – especially if you have Cartoon Network HD and a widescreen television.

5. Hearing Voices – The Star Wars movies sometimes take criticism for cheesy dialogue and wooden acting from talented actors. And well, that’s sometimes accurate – although it is worth remembering that it’s intentional, as part of George’s homage to the movie serials of his youth. In TCW, though, you’ll hear some of the very best voice actors in the industry using their talents to the fullest. No holding back here, and the full range of emotions are on display. If you like your Star Wars acting unleashed, you’ll find it in TCW. But it wouldn’t be Star Wars without the occasional cheesy dialogue, so don’t worry, you’ll get some of that, too. 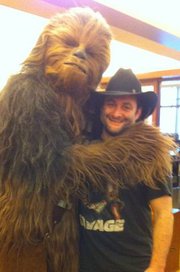 4. The Man in the Hat – Without a doubt, Dave Filoni has made TCW what it is today. He loves Star Wars as much as any fan, and that passion shows through in his commitment to making TCW the best it can possibly be. But he also has another characteristic that has helped make TCW so good, too: courage. Specifically, the courage to speak his mind to George Lucas and make the case for things he believes need to be changed. Like any good employee, he knows it’s ultimately the boss’s call – but sometimes even the best boss needs a metaphorical bucket of cold water on the head. Dave does that, and TCW is much the better for it.

3. Thank the Maker – We’ve known for years that George Lucas has numerous ideas, backstories, and world-building details about Star Wars that he hasn’t revealed. In TCW, many of these are finally seeing the light of day. Sometimes it’s character development or subtle nuances, and sometimes it’s powerful thematic insight. The Mortis arc, for example, is as profound an exploration of the Force as Luke’s time with Yoda in The Empire Strikes Back, and it came straight from George himself. There’s only more to come.

2. In Her Eyes – When TCW was first announced, many fans were deeply skeptical of the very concept of Ahsoka Tano, Padawan to Anakin Skywalker. In fact, Dave Filoni has admitted to having been initially reluctant about the idea. Had Ahsoka turned out to be little more than a sidekick tagging along, then her value-added would indeed have been low. But the brilliance of George Lucas’ insistence on including her has shown through in the way she has actually been used. Three seasons in, we now see that just as the movies are Anakin’s saga, TCW is really Ahsoka’s story; just as A New Hope is told through the eyes of the droids in Lucas’ homage to the same storytelling role played by the two peasants in Akira Kurosawa’s The Hidden Fortress, TCW is told through the eyes of Ahsoka. As the war progress and changes the Jedi, the Republic, the galaxy, and Anakin himself, so too Ahsoka grows and changes as the series moves forward. We all know how the war ends – but not Ahsoka’s story. Not yet.

1. It’s Star Wars – Think for a minute about your favorite parts of Star Wars. Is it the Jedi and the Sith? Good versus Evil? The Force? Scoundrels and princesses? Stolen kisses? Bounty hunters and Mandalorians? Space battles, lightsaber duels, and blasters firing everywhere? Really, it doesn’t matter. If you’re a fan of Star Wars, then there’s something in TCW for you. 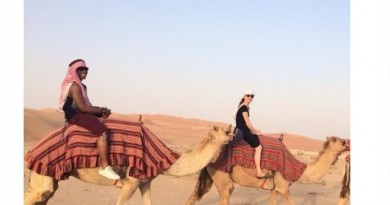 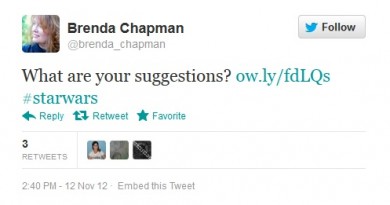 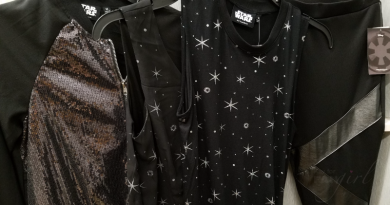 A Look at the Kohl’s Rogue One Collection

One thought on “Twelve Reasons to Watch Star Wars: The Clone Wars”