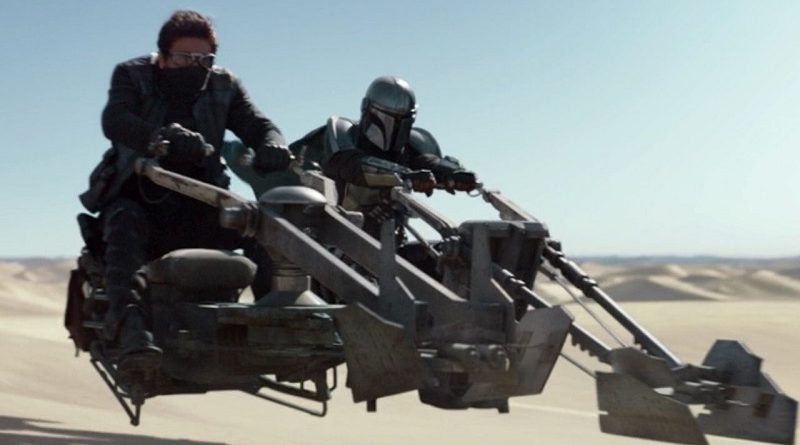 The Mandalorian began its path into the back half of its eight episode season with Dave Filoni’s “The Gunslinger.” Beyond the perfectly fine direction, “The Gunslinger” had the highest level of built-in film nostalgia of any episode this season, and at the same time recalled Filoni’s The Clone Wars with the dialogue and willingness to revisit areas already well known from the cinematic universe. Overall, even while dancing a nostalgic two step through a world and place we are familiar with, it did so with new takes and perspectives.

That world is Tatooine and its hive of scum and villainy, Mos Eisley. Forced to seek repairs to the Razorcrest after another bounty hunter attack, the Mandalorian and ward head planetward, but not before matching the same shot of the sandy planet from which we watched the Tantive IV flee Darth Vader’s star destroyer. In docking bay 34, the Mandalorian chooses to leave our favorite little green guy in his ship after arranging repairs with an enjoyable appearance by Amy Sedaris. Ultimately, Baby Yoda ends up in her care for the episode, and mostly out of sight (there was a notable lack of gif making moments). While Sedaris’ character can fix the Mandalorian’s ship, it costs money he doesn’t necessarily have, which is what drives the story forward and into the streets of Mos Eisley to a very familiar cantina as he looks for a quick job.

Yep, it’s that cantina, which in the years following the death of the local crime boss, Jabba the Hutt, appears to have fallen on harder times. The droid-bigoted bartender is gone, ironically replaced by a repurposed medical droid. It’s simply not the popping place it was over a decade earlier when a Jedi Master and a farm boy entered looking for a ride to Alderaan. There aren’t any familiar faces, but there is a familiar archetype: a cocky human with his feet up on the table, a proto-Han Solo. Called Toro and dressed in a manner reminiscent of the younger Han in Solo, he’s a bounty hunter looking for his first major score by taking in a feared assassin with a wicked reputation. For this, he hires on the Mandalorian, notably for the reputation the bounty it will grant him, not the credits, an important character trait for later on in the episode.

The pair swing by the docking bay, where Toro catches a glimpse of Sedaris’ character holding Baby Yoda, before heading out into the Great Dune Sea on speeders. Along the way, they encounter Tusken Raiders, who for the first time on film are treated as something more than violent masked aggressors roaming the sands of Tatooine in search of conflict and victims. Filoni and Favreau choose to treat the Tusken Raiders as analogous to Native Americans (in films that did not stereotype them as just brutal savages preying on pioneers or the cavalry), establishing that they had a right to the land and deserved the respect to get permission to venture across it. Also a first is revealing sign language as a form of communication, again a reference to the indigenous inhabitants of North America. Notably for representation, a hearing impaired actor was cast in the role of the signing Tusken. Given the history of how Tusken Raiders had been presented, it’s questionable if they should continue to be referenced at all and not just quietly forgotten, but at least in this instance, it was done with more respect and humanity than previous instance (which had been presented from the POV of the moisture farmers).

The Tusken Raiders are a moment on the way to encounter Fennec Shand, portrayed by the amazing Ming-Na Wen. The Mandalorian and Toro catch up to the assassin, and a standoff ensues that eventually ends with her capture and one of the two speeders destroyed. Later, when the Mandalorian is off looking for another ride, Toro is convinced by Fennec that the Mandalorian is the far bigger prize for a bounty hunter aspiring to fortune and glory. With the same callous pull of a trigger that Han Solo originally disposed of Greedo, Torre shoots Fennec in the gut and rides off to set a trap for the Mandalorian back at the docking bay in Mos Eisley.  Presumably we are meant to think that Fennec is dead, but no one every confirms her death, and the episode concludes with an unknown individual approaching her body.  Given Ming-Na’s passion for Star Wars and her wonderful presence in any show, hopefully Fennec is still alive in some capacity. Also, it would be a better look for a Star Wars property not to kill off another fantastic character played by a woman of color in the vein of Val in Solo.

At the docking bay, Toro ends up joining Fennec as someone on the receiving end of a blaster bolt, and the Mandalorian with Baby Yoda depart Mos Eisley. In their craft’s wake, the question: was it fan service to return to Tatooine, or was enough achieved to make it something more meaningful? For the most part, the creatives of The Mandalorian managed to pull off the latter, casting a glimpse not of just how the post-Empire/Hutt world looks, but using the opportunity to reframe the familiar. Those things recognizable from A New Hope – the cantina, its bartender, the Tusken Raiders, and even our proto-Han Solo – were cast in a different light that made the return to familiar locales interesting. Compared to “The Sanctuary” or “The Sin,” “The Gunslinger” may not have been as entertaining, but nevertheless was enjoyable. Perhaps the biggest misdirection of the episode was its name, when we never saw a classic duel between two blaster-slinging pros. It also marked the last episode of the first season for Dave Filoni, who continues to show promise in the live action arena. With three episodes left, the stakes will only increase, promising even more entertaining visits to Favreau’s galaxy far, far away to come. 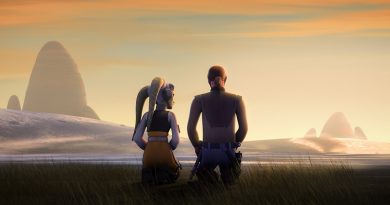 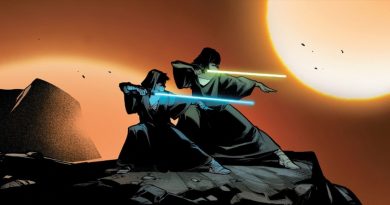 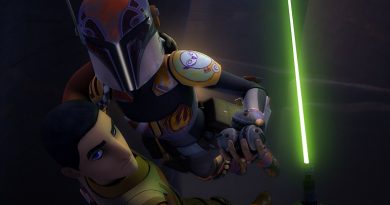