There are only so many costumes that you can do when it comes to dressing up as a female Star Wars character unless you want to delve into the Expanded Universe. Even if you’re more of a traditionalist like me, that doesn’t mean girls should limit themselves to dressing up as either Princess Leia or Queen Amidala. While we all know that Princess Leia in a gold bikini is a favorite, that doesn’t mean that your options are so limited. Many fans now subscribe to the view that for any male version of a character, there is a female version of that character. Just because most of the characters in Star Wars are male doesn’t mean that females can’t rock it and show the boys how it’s done! All it takes is a little creativity and you can dress up as any Star Wars character you want.

Han Solo is an outlaw who happens to be full of swagger. With the right attitude, any girl can pull it off. There’s nothing sexier than a girl with an opinion and a DL-44. Throw on some skinny jeans, a plunging V-neck, and a dark vest for a basic Han Solo outfit.

A quick search will tell you that there are tons of ways to pull off an R2D2 costume without feeling like you are wearing a cardboard box. Get creative with makeup and throw on a tutu to create a fun and feminine version of the famous droid. Example: Vim Trivium via photopin cc.

While I definitely prefer Ewan McGregor as Obi-Wan Kenobi, there’s nothing to say that a female can’t pull off a version of this Jedi Master without coming across too masculine. Ditch the beard and learn how man-handle a lightsaber to pull off the look. Example & photo credit: Doc_Brown via photopin cc.

As the twin brother of Princess Leia, a female Luke Skywalker has the potential to steal the show regardless of how many gold bikinis are in a room.  Minimal makeup, a short white tunic, and a thick belt can work to complete the look. Example: Lulu the Bold via photopin cc.

That’s right – you can dress up as a Chewbacca and still be sexy. Think of it like dressing up as any other animal, such as a bunny or a cat, and run with it. Furry boots and a bowcaster are the perfect elements to pulling off a sexy Wookiee costume.

Marie Sumner never grew out of playing dress-up and is always looking for new ways to put a spin on a classic costume. When she’s not practicing her lightsaber skills or watching the Syfy channel, she writes for Wholesale Halloween Costumes. 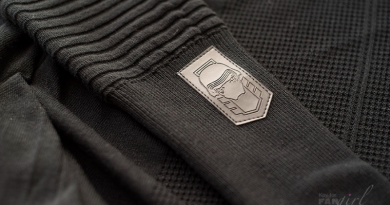 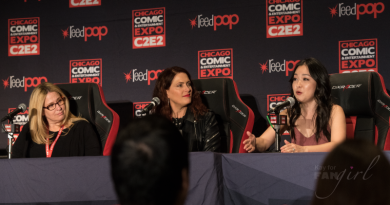 Highlights from The Women of Voice Acting at C2E2

2 thoughts on “Don’t Be a Slave to Leia”