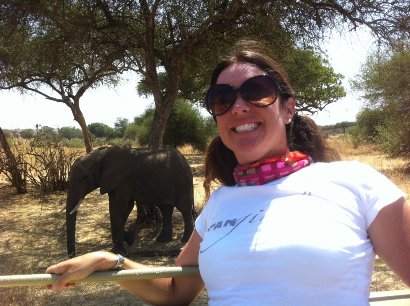 Tomorrow is the second annual Wear Star Wars, Share Star Wars Day – a celebration of geek pride. For those who don’t know the origins of last year’s inaugural day, I encourage you to read the full blog post written by the mother of an adopted girl who has affectionately become known as Star Wars Katie.

Last year, when first-grader Katie Goldman was taunted for being a girl who loved Star Wars, the Internet held a day of support for her and all the little geek girls who have had similar experiences.

Katie’s own school marked the day by calling it “Proud To Be Me Day”, where all children were invited to wear something that reflected their special interests, regardless of age or gender, in order to promote acceptance and break down stereotypes.

Please join us in the second annual Wear Star Wars, Share Star Wars event on December 16, 2011. Celebrate this day of geek pride and anti-bullying by wearing something Star Wars or science fiction-related.

I had the privilege of getting to see Katie enjoy her geekdom as a cosplayer and special guest at this year’s inaugural Geek Girl Con. (Boy, Katie’s been part of a lot of firsts!) I wrote about it last month in my wrap-up of my own Star Wars experiences at the Seattle convention.

My real concern about undervaluing the princesses, though, is about the little girls in the audience that day. The fairy tale lives of princesses may be something that we look upon differently with life experience, but the dreams and aspirations young women (and even adult women) take away from whatever princess tale inspired them are just as important as what mythic heroes such as Luke Skywalker or Superman give to their fans.  Princess Leia and Queen Amidala don’t inspire us because they are royalty, but for what they do as heroines.  Nowhere was this more evident than the young lady sitting at the back of the room as a special guest of the convention – Katie the Star Wars Girl, who happened to cosplay Princess Leia and Senator (former Queen) Padmé at the convention.  After her daughter was bullied by boys for liking Star Wars, Katie’s mother blogged about the incident – and what followed was the rally cry of the franchise and fans who denounced the “boys only” mentality Katie had faced.  For me, one of the highlights of Geek Girl Con was watching Katie lead a troupe of little Leia cosplayers against adults in Imperial costumes.  My two-year-old niece and my friend’s three-year-old daughter watched on, and we saw them inspired to stand up to the bad guys, too.

Some may find it remarkable that a franchise can inspire positive change, but Star Wars has done just that in a variety of big and little ways. Last year when I attended The Clone Wars Theatrical Screening in Atlanta, the price of admission for the event was a donated toy; the box was overflowing. The 501st Legion has a strong resume of turning their love of costuming into a way to give back through charitable endeavors. Cat Taber, the voice of Padmé Amidala on The Clone Wars, supports troops with her Games for Soldiers foundation, which collects games, books, and comics and ships them overseas to the troops. Over the course of this year fans, Star Wars VIPs, and even George Lucas have lent their time and signatures to raise money for baby “Princess” Leah, who suffered from an unknown illness. Unfortunately, Leah’s prognosis does not look good, but that doesn’t mean the prayers, sharing, or caring will stop. These are just a few examples of the good causes that exist within the fandom.

Star Wars is a story that reminds us that heroes are every day people doing extraordinary things, and for that reason it has managed to create a common ground for people to come to together. Frank Parisi touched on this sentiment briefly in my recent conversation with him:

In my personal life, I’m always meeting people whose faces light up whenever I mention working on anything related to Star Wars. Everybody loves Star Wars and it’s often provided common ground where I’ve felt maybe there wouldn’t have been any otherwise. 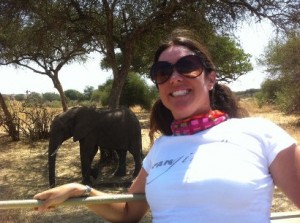 When he said that during the course of our interview, I couldn’t help but think back to my trip to Tanzania earlier this year. For my adventure I had packed all my Star Wars and geeky attire, planning to use pictures of my safari geek chic to mash into a FANgirl Blog post. There ended up being so much to share from our travels that my family has started a journal, which will eventually memorialize our trip of a lifetime. (Definitely expect to see all of those geek chic pictures at some point.)

My geeky attire was some of the best conversation-starters within our tour group. Almost everyone has a Star Wars story to tell. One gentleman, noting my propensity for wearing nerdy shirts, asked if I knew any of those “really crazy types who go to that big convention in San Diego.” That would be me, I told him with a smile. “Do you dress up too?” he asked curiously. I told him I haven’t gotten that far – yet. My Empire Strikes Back shirt drew an excited whoop from a security agent in the Netherlands airport, and my Her Universe Bonnie Burton-designed hoodie ended up a lifesaver, as it could be quite cold during the morning game drives. Maybe even literally – the Manga Vader may have scared that male lion into choosing to pose for the camera instead of trying to devour me.

For all the beauty of Tanzania, it was also obvious that it is a country in need. Our wonderful tour guide, Susan from Tauck Tours, allowed us many chances to see the people and how they live in addition to getting us some of the best game drives ever. (I believe it, too, because even the drivers got their cameras out at times!) As I wrote about reaching out to kids in need here in America through Toys for Tots, I felt inspired to remind everyone about the children we met in Africa, whose needs are much more basic than a holiday toy or a stuffed stocking. In Tanzania, getting clean water is the gift that keeps on giving. 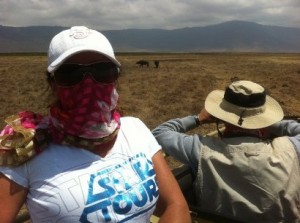 Every morning the women and their children, some as young as five or six, are tasked with getting the family water supply just for that day. They don’t open a tap; there is no infrastructure, no sink or even plumbing. They must go to the water hole and carry back as much as they’ll need. And this isn’t a clean water source; it’s often dirty and contaminated. All of this effort takes away from time to learn, time to be kids, and for the mothers time to earn a decent wage. Fortunately, there are people who are trying to change this way of life for the women and children of developing countries.

One of the organizations we had the privilege of seeing work first hand was Save the Rain, based out of Mount Shasta, California. They’ve taken the idea of rain harvesting and brought it to schools in Africa so that their students have a fresh, clean source of water to take home to their families. When we went to visit one school, the children were grateful simply for the bags of school supplies, a map of America, and the two frisbees brought as gifts. More importantly, they were proud and excited to show us their water catchment system. With less time journeying to the water holes and more time to study, these children will have a chance to be better educated – to become the engineers, doctors, and teachers who will build roads, heal lives, and continue to develop their country. To them, Star Wars doesn’t exist yet, but with a little help someday it will. So while there are many kids here who need toys, consider donating the gift of clean water halfway around the world.

May the Force be with us all. 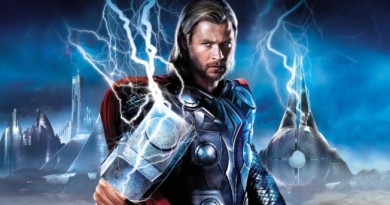 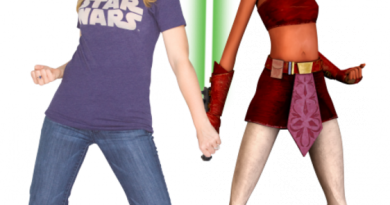 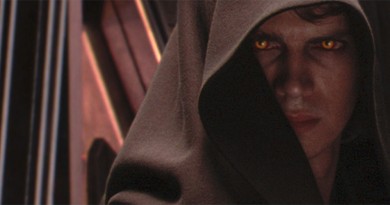 Revenge of the Sith: Kay Wraps Up the Prequels with Nerd Lunch