The first six episodes of Season Four of The Clone Wars have aired, and with Season Three released on DVD and Blu-ray on Tuesday the series takes a one-week break before launching into the next major, four-part story arc. So this seemed like a good time to give some big-picture impressions from the start of the season.

There’s no better place to begin than the truly impressive visuals that TCW is now bringing to the television screen each and every week. The tale of political unrest and civil war, Separatist manipulation and betrayal, and heroes who save the day could have been told on any planet with two disputing factions – there was nothing in the story that required it to take place on Mon Calamari. Yet that setting allowed the artists of TCW to push their capabilities in new directions. Even if we don’t see another full-blown underwater battle in the TCW series, we’ll surely see large-scale battles with numerous warriors and gravity-defying movements that look like swimming in air or space; the payoff from forcing themselves to design and execute the Mon Calamari visuals may even come to fruition in ways we viewers would never expect. Although the Naboo and droids episodes had fewer brand-new visual elements, they’re incredibly stunning in their own rights. (If you’re not watching them on a bigscreen television with Cartoon Network HD, you’re really missing out!) If you haven’t watched them in a while, pop in the DVDs of the Christophsis or Tatooine sequences from the original TCW theatrical movie or Blue Shadow Virus from Season One – and then watch Mercy Mission or Shadow Warrior for comparison. At this rate, I can hardly imagine what Season Six will look like.

The first six episodes contain three separate stories – the Battle of Mon Calamari, a Gungan-centric interlude on Naboo, and the wild and wacky adventures of Artoo and Threepio – but they mark off a thematically consistent Act One to the fourth season. Most of all, what these stories share is a lighter, less serious tone. Season Three concluded with the Nightsisters, Mortis, Citadel, and Trandoshan Hunter arcs – intensely emotional, often grim stories. Season Four moves forward with the Battle of Umbara and Slaves of the Republic arcs that look to be similarly intense. In between, we’ve been given a respite of classic Star Wars action, humor, and space opera. There are tense moments, of course, like the eels zapping the Jedi and Padmé’s helmet filling with water, but overall these episodes are more fun than fear. Riff Tamsin is a cackling, campy villain; Grievous kills Tarpals only to end up the helpless prisoner of the Gungans; and we all know the droids won’t be blasted apart, melted down, or marooned forever with dead batteries. Just as George Lucas always made sure to include plenty of laughs in the two darkest Star Wars films, The Empire Strikes Back and Revenge of the Sith, it’s very effective for TCW to include some emotionally lighter stories amid the more intense ones.

Although some reviewers online have criticized elements of these episodes that they considered to be too silly, illogical, or insufficiently explained, I think it’s important to keep in mind that Star Wars is space opera – maybe even space fantasy, but certainly not science fiction – and that TCW is an animated television show with a target audience of school-aged children that airs on a television network with a similar target demographic. In other words, TCW is Star Wars for kids, and not just for Star Wars fanboys and fangirls. The episodes of TCW aren’t a spreadsheet of facts; as stories, they’re greater than the sum of their parts. That’s the reason each episode opens with a simplistic “fortune cookie” message for the young audience, subtly conveying the reminder that the enduring myths of our society are fables that convey deeper messages about life as much as they are just plain good stories worth hearing over and over again. Children may miss some of the allegories that adults catch – like Benevolent Intervenors squashing the Petty Local Tyrant is unlikely to produce Instant Happy Democracy – but they also haven’t lost their sense of wonder at the magical tales unfolding on the screen. Many of the reviewers who share their TCW experience with children, including me with my son and Tricia with her nephews, seem more inclined to view these episodes through that lens, as well. Think of it this way: the first time any of us experienced Star Wars we didn’t know what to expect, so maybe fans should put their expectations aside a little bit and enjoy the ride.

These episodes weren’t perfect – at times the storytelling felt rushed, or that they were trying to do too much – including a heavy dose of film homages, especially in the second trio. Even so, the homages created excitement and nostalgia – and maybe some reminders of our own childhoods. Aspects of A New Hope were based on the 1958 Kurosawa classic The Hidden Fortress: Jar Jar’s impersonation of Boss Lyonie in Shadow Warrior mirrors Kurosawa’s 1980 film of the same title. The death of the shark-like Riff Tamsin is a clear wink to the ending of Jaws, the breakthrough hit for George Lucas’ good friend Steven Spielberg. In the two droid episodes, though, the homages are to movies and stories the younger audience is more likely to have seen or read: The Wizard of Oz, Alice in Wonderland, Peter Pan, and Gulliver’s Travels, among others. Perhaps those grown fans who find Ewoks, Gungans, and Jake Lloyd to be more grating than entertaining will feel the same about these more youngster-oriented episodes of TCW, as well, but I think it’s a great idea to let the children watching the series experience those same wonderful moments of recognition that adults have when a familiar element crosses the screen.

Finally, at first blush it may seem that Act One of Season Four doesn’t do much to advance the meta-story of TCW as the war progresses toward the final tragic events in Revenge of the Sith. I think it’s worth keeping in mind, though, that George Lucas used the first two movies of the Prequel Trilogy to introduce elements he would bring together in Episode III to create the vortex of circumstances that propelled Anakin’s fateful choices. It’s probably not a coincidence that Christian Taylor, TCW’s head writer, previously wrote and produced for the first season of Lost, a series that, whatever its faults in later seasons after his departure, brilliantly weaved together character arcs and lore elements in that inaugural year. As viewers, we may not yet see how the start of Season Four moves the chess pieces, whether in plot or characterization, but that lightbulb of recognition may click on down the line. Just as the final two episodes of Season Three established that Ahsoka can save herself if Anakin’s not there to rescue her, perhaps later on we’ll see the payoff from establishing that Dooku has learned that he can use Anakin’s safety to extort Padmé or that the droids can piece together the clue of a mystery or solve a riddle on their own. In the meantime, this season of TCW is off to another great start. 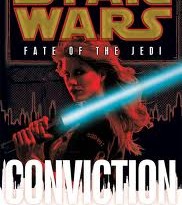 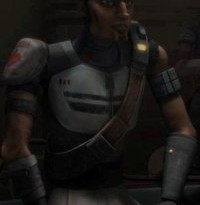