Yesterday, a fellow fangirl and blog follower who I’ve befriended over the years of sharing the Star Wars EU tweeted our most recent blog directly at @Starwars and @DelreySpectra:

Teasing the Fate of the EU http://t.co/eDj4ltT via @fangirlcantina @starwars @delreyspectra Well said! May TPTB read – or risk fewer fans.

Oddly enough, nowhere in Teasing the Fate of the EU or in the originating tweet to @DelReySpectra is there the suggestion that the fans are being “neglected.” The only thing that the blog suggests is being neglected are the prospective fans and the earning potential of the Star Wars EU’s flagship series. Generating buzz helps generate sales, by keeping existing fans and attracting new ones; neglecting business development hurts profits, especially long term.

Just so one thing is very clear: there are a lot of Star Wars fans, including me, who want the EU to succeed.  We want great storylines and bestsellers; we want recent books we can name in answer to a question like the “What’s the last #SWEU book that you really loved?”  tweet by @ClubJade. We want the books to be something we can enjoy, not novels that flop around aimlessly in the middle of the pack, with disillusioned fans ambivalent about the latest catalogue teaser, instead of excited like they used to be.

While I do understand that a major TV show is going to have more advertising dollars, there are still important lessons to be gleaned from what TV shows do right.  Most importantly, lesson number one – enthusiasm.  Can @DelreySpectra point me towards enthusiasm from the creative team? The example given in the last blog of Dave Filoni spending an hour with the ForceCast; it was free!  It’s utilizing existing fansites to promote the television show.  Why isn’t someone involved with promoting FotJ doing the same thing? There’s been one Facebook chat with a FotJ author, but it was held at 3:00pm Eastern on a weekday, when most of the customers with incomes aren’t going to be able to participate.

@DelReySpectra points to the excerpts of the next book in the back of the current offering.  Does that generate fan enthusiasm? (It can surely backfire when the excerpt is chosen poorly; more on that later.)  More importantly, will it generate new sales?  No, because the potential customer doesn’t have that book. Someone who just read book six is probably going to buy, or not buy, book seven based on their reaction to the entire book they just read, not a short glimpse of the next one. Right now, it seems to me that excerpts are nothing more than pages to fill the bindings, with very little value-added as a promotional tool.

Let’s say ten pages are printed in each excerpt (a conservative estimate), with 100,000 books printed (based on Del Rey’s stated amount for each FotJ book so far), so that’s roughly 1,000,000 pages of printed material over the span of the nine-book series.  The money to pay for all those pieces of paper comes from somewhere. If it wasn’t being spent on the excerpt pages, then it could be spent on marketing (or rolled into the profits).  So where’s the benefit to the cost?  Instead of paying to print it in the book, why not hold the excerpt and release it later online as a free download, which saves a few trees as well? That money would be better spent flying one of the authors to Star Wars Weekends or a convention for a panel and letting them talk about, you know, the books.  Guess what happens then?  Fans tweet, blogs go up, podcasts get generated – publicity, publicity, publicity.  Someone not already reading the books sees all this talk and thinks, Maybe I’ll check that book out.

In addition to the cost and the dead tress, a poorly chosen excerpt can do more harm than good.  The Conviction excerpt printed at the end of Vortex was a prime example of what not to do.  Vortex ended with the climactic rescue of Valin and Jysella Horn, who had been held captive in carbonite by the Galactic Alliance after going all barvy. During Vortex it was revealed that the other mad Jedi had reverted to normal. Okay, whew, everyone got a little sigh of relief at the end of the book.  It looked like a happy ending to their madness and their captivity.  Then the reader flips the page to the Conviction excerpt – and guess who’s still a little crazy?  The excerpt for Conviction literally drains the emotional impact of the epilogue of Vortex. Now, if that excerpt had been released as a free download this week, after months of everyone thinking Valin and Jysella were fine – that would have generated buzz.

My point is that Star Wars books are fighting for a share of a market where people spend their disposable income.  The idea is to keep the existing customers coming back, and get as many new customers as possible.

So let’s go back to generating buzz. To be honest, up until a few weeks ago I followed @DelreySpectra on Twitter, because it looked to me like an official corporate account comparable to @StarWars. But at one point, after a good measure of tweets about the job itself (long meetings, the weather, and another chapter edited) that sounded more like banter between friends than company news, I actually went and checked the @DelreySpectra profile to be sure it was indeed a corporate Twitter feed.  Based on that, I’m not sure there is a clear understanding from the user or users of that Twitter account of the best practices for spreading the message of DelRey Spectra products as the company’s voice. Twitter is a datastream, and as soon as a user starts putting up information that doesn’t focus on the product, there is potential real risk that all the information shared will be tuned out, or in the case of Twitter, everyone just unfollows.

Looking around, where’s the concerted online promotional strategy for generating buzz for FotJ? Twitter is a free resource; why doesn’t Fate of the Jedi – projected to put just under one million books in print, or in other words gross sales somewhere between $25-30M (not counting ebooks!) – have a Twitter feed? How about a Facebook page? Or even something on the Star Wars Books Facebook page?  We’re getting more information about a 20th anniversary reprint coming in three months than the upcoming FotJ book Conviction in four weeks. And what happened to the supposed www.fateofthejedi.com website that was promoted in multiple ways when Outcast was released?  Go ahead, click it.  Where it takes you won’t have one banner, article, or blog about Fate of the Jedi currently on the front page. There’s no separate promotional page for FotJ at Suvudu or StarWars.com, either, even for the nine-book flagship series.  Yet individual self-employed authors have proven that they can successfully run websites; here are just two quick examples – http://www.stormwolf.com/ and http://www.sff.net/people/lucy-snyder/bibliography.html. (The first I visit regularly; the second was found by randomly picking an upcoming release on the Random House website, and it’s the first author I chose.)

Books aren’t television shows, but no one involved with selling these books is even in the game and swinging with what is available.  Non-professional fansites run by people with little or no corporate training are utilizing the free power of the web to get their message to the masses. It’s quite possible that Star Wars authors are somehow hindered by NDAs in maintaining websites. It still begs the question – How exactly, in this day and age, will the books gain new readers with the current strategy?

Or maybe there is no strategy. Either way, the implication being shown to the fans is that the Powers That Be aren’t excited about the series anymore – or else they’d be doing a lot more to share their own excitement with their current and potential customers. I’m not necessarily convinced that’s true.  Maybe it’s just that the publishing house executives haven’t been progressive enough in keeping up with the times, as I’ve discussed previously, and don’t understand yet how to use these tools.  But when I see other parts of the Star Wars franchise relishing in the marketing powers of spoilers and teasers, I can’t help but wonder why the book publishing side seems unable to step up and embrace this powerful force.

The story of the future of the X-wing novels keeps getting more interesting. Last week I thought things were looking promising. This week, Michael Stackpole tweeted additional insight with some very interesting implications:

Word from inside Bantam is that reports of their SW books going digital are, at best, premature. Bantam SW contracts were signed in the days before ebooks. They need to secure those rights.

And when asked whether the publisher will have to negotiate with the authors to acquire ebook rights, he added:

I suspect there are lawyers who will have to answer that question.

This puts the long delay in getting the Star Wars backlist into ebooks in a whole new light. The overhead expenses to produce ebooks for existing print books is a fraction of the amount to publish a new novel from stratch: no new editor, no typesetting for the printer, no paper and no printing. Only a bit of formatting for the ebook and you’re done. So I’d imagine that the authors are rightfully demanding a much higher royalty rate on the ebooks than they’re getting on the print books, especially if Star Wars is showing no signs that they’re willing and able to promote these books. It looks like the job of marketing is falling squarely on the shoulders of the authors, so absolutely they should ask for more of the share. 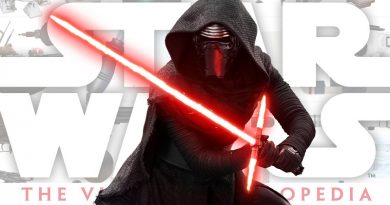