With only one day left before May the Fourth, Linda adds her answer to our Sharing Star Wars series.

I saw Star Wars in the movie theatre when I was seven. I loved the whole grand adventure. I was always Han Solo when playing with the other kids in the neighborhood. I’m still not sure how I got the boys to go along with that.

All six movies, of course. We don’t put the Blu-rays away anymore, they just sit out in the family room next to the television. I absolutely love the physical story experience of the Star Tours ride at Disneyland, both the original, which I remember riding over and over again with my brother, and the new version, which my daughter and I have ridden enough times to see all the scenes. I’m looking forward to trying the ride at Star Wars Weekends in Orlando this year. As a family, we watched The Clone Wars – usually recorded, chunking an arc together, for a movie night snuggled under Star Wars throws while eating pizza. I’ve read quite a few of the EU books, some of the comics, and played a few video games: Star Wars Angry Birds, LEGO Star Wars, Knights of the Old Republic and BioWare’s MMO, Star Wars: The Old Republic.

Halloween is my favorite holiday (free candy and playing pretend—what’s not to love?) and I’ve dressed up as various characters, from Leia to Darth Maul. Last year, I was a Star Wars panelist at GeekGirlCon in Seattle. That was my first con. It was a wonderful experience to share the female characters of Star Wars with a standing room only crowd. Later that summer I went to Celebration VI, an amazing experience. There were all sorts of creative people: authors from Del Rey and Dark Horse; people who had modified cars; wore elaborate cosplays; had intricate tattoos; people who replicated movie sets in detail. It was incredibly inspiring to be around. Publicly, I write for FANgirl Blog as the blog’s Sith Inquisitor; privately, I write fanfic.

1-3: Episodes IV, V, and VI. Nothing beats the emotion of the originals.

4. The Jedi Knight story line in SW:TOR. By default, that has to include Revan by Drew       Karpyshyn, which introduces the game and my favorite Sith Lord, Lord Scourge. Plus, my first post for FANgirl was a review of Revan.

5. Choices of One. This is the Mara Jade I most admire.

6. Episodes I-III. Okay, so I cheated a bit here, but you’ve got to have the full tale.

1. Han Solo: I can’t think about anything I don’t love about Han. He’s flawed, but that’s what makes him so loveable. He’s rash, acting before thinking. He’s selfish when we first meet him. He’s always in trouble. Yet he’s smart. He’s got the Falcon. He loves Leia – he’s not intimidated by her or his feelings for her. In Empire, when Han says, “I know” – that line has the potential to be horrible, completely obnoxious, but Harrison Ford conveys everything important in his eyes. Harrison Ford is inextricably tied to Han and has portrayed so many of my heroes. I had a poster of Indiana Jones in my bedroom all through high school.

2. Princess Leia: She’s a princess. She’s a diplomat who’s not afraid to use a blaster. She’s sassy. She never puts herself before anyone else; she has a lot of compassion. She can stand up to Darth Vader. And Thrawn. And every other tragedy that’s been thrown at her.

3. Darth Vader: There are few villains as badass as Vader in Episode IV. What makes him so compelling, though, is the arc of his fall from grace to his redemption by the end of Episode VI.

4. Lord Scourge: The Emperor’s Wrath, the most fearsome Sith Lord in The Old Republic. But he’s in that position for the sake of saving the galaxy. Scourge gives me pause: Is it better to subvert an evil system from within or fight openly from the outside? Does staying within the Sith Empire make him evil or good? Are we defined by our actions no matter what our motives? Besides, my SW:TOR Jedi Knight avatar has a crush on him – which is what she calls it. She sees right through his façade of darkness and seemingly cold behavior. Her faith and trust in the goodness of his heart will eventually melt the ice between them – at least in my mind. That’s the power of really good characters: they hijack our hearts and imaginations. The really great ones can become metaphors in our lives.

5. Ahsoka Tano: Ahsoka has moxie. We’ve seen her grow and mature as a young woman. She has the courage and spirit to survive great adversity. I love that there’s such a great Star Wars role model for the current generation of girls.

6. Mara Jade: She’s gritty, smart, angry and resilient. She’s so tough and still very human, especially in Choices of One.

There’s a huge poster of Episode I hanging in our office, under my double-bladed red lightsaber. Surprisingly, it goes well with the rest of the Native American art in the room. Thrawn, Malgus, and Yoda figures also live in the office on the desks. I own three SW:TOR t-shirts. I scoured the Hot Topic at our local mall; surely that’s a testament to my fandom. I sleep in black flannel Vader PJs paired with a white A-tank. The PJs have made the morning school drop-off/Starbucks trip when Kessel Run speeds were required. My favorite Star Warsw item is full of FANgirl memories, a gift from Tricia at Celebration VI. It’s a Her Universe special edition Mara Jade t-shirt. The Mara on the shirt reminds me of Ashley Eckstein, my co-panelist on the panel sponsored by FANgirl Blog at GeekGirlCon.

#5  A snippet of childhood I remember vividly is running full tilt through the grass in the backyard, arms stretched out wide, fully feeling like I was flying the Millennium Falcon. We now own my childhood home and every once in a while in the backyard, if the sun is bright, the lawn is freshly cut and the sky is a certain shade of cerulean, the kinetic effect of that memory will flash through me.

#4 The Halloween my husband and I dressed up as Obi Wan (him) and Darth Maul (me) the year Episode I came out. Our dog, a shaggy little Lhasa Apso, was dressed as an Ewok. We had an extended lightsaber duel on the stairwell of our Greenwich Village apartment. We lived along the path of the New York City Halloween parade, and all the neighbors in our building had opened their apartments for a building wide party. It was crazy fun.

#3 Completing my first flashpoint as my Jedi Knight in SW:TOR. I felt totally badass, like I really had defeated a bunch of Sith! As ridiculous as it sounds, it inspires me in the gym.

#2 Every time I post on FANgirl Blog. I’ve met and interviewed all sorts of interesting people, some I now count as friends. I love the creative challenge it takes to write, which is far from my everyday duties as a physician.

#1 The first time I saw Return of the Jedi in the theatre with friends, I was wiping my tears furtively, embarrassed to be crying when Darth Vader died. While watching it with my daughter for the first time, she began to cry during the same scene. I opened up my arms. She scooted into my embrace, and I said, “It’s okay to cry.” I hope she one day understands this: It’s important to do the right thing, to feel, to care, to love, even if – maybe especially if – it makes you cry. That’s the essence of grace, which allows redemption, if not of another, at least of ourselves. That determination, that optimism, is what I love most about Star Wars. As long as Star Wars keeps that vision, I will be a fan. 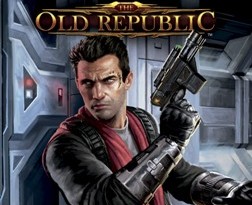 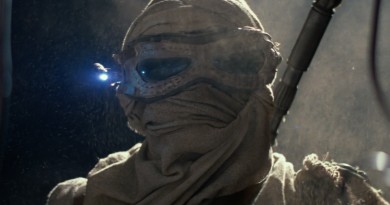 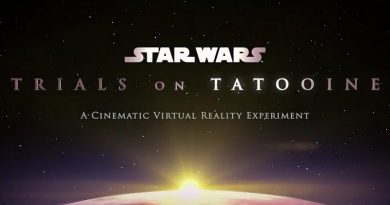