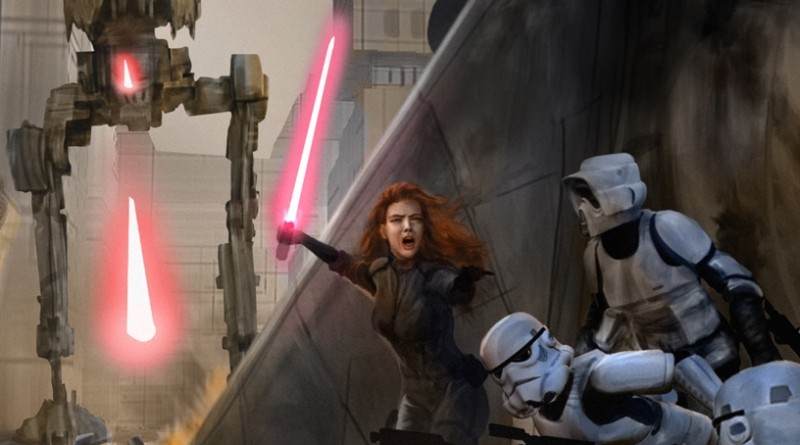 To start let’s look at two female characters and their roles in two popular fantasy/sci-fi series:

She is one of a larger cast. Flitting in and out of the protagonists life as he tells us the story of his life over the course of three days. It’s not that she isn’t important, but she is only one contributor in our hero’s tale. His heart belongs with her, and some, if not all of his actions, revolve around her arrival and departure from the broader narrative.

She serves as a secondary antagonist, someone with a past, with a vendetta against our intrepid, romantic hero. Her story is shrouded in mystery and is pulled apart, layer, by layer in a way that is engaging and intriguing. She isn’t in every scene but her experience pulls the narrative more tightly together. 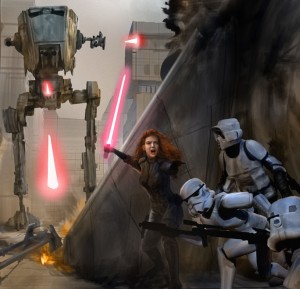 At a session about women and history at a recent conference, one of my former professors proclaimed that historians need to stop looking at women’s contributions and look for women’s experiences. It’s a continuation of a methodological shift that historians have been having for decades as we try to broaden out the historical narrative from that of the “big white men” to a more realistic 360 degree view of the past.

In short she is telling us to stop trying to fit women into existing history–looking for moments in time where they made a particular impact on the past, but rather to include them in the story from the beginning. For historians its a matter of doing more than trying to insert in missing perspectives, it’s about thinking of the women as a part of historical narrative already.

But what does this have to do with women and science fiction? After I walked away from the session I started thinking about how this idea could fit into the ongoing discussions here at FANgirl about the role of women in science fiction and fantasy. In this realm contribution versus experience are not oppositional forces, but rather a degree to which secondary characters can be used to enhance a storyline. 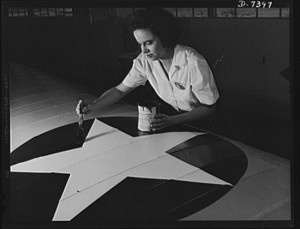 Take my examples above–both stories that I describe are from series that I love. The first, The Kingkiller Chronicles, describes Denna, a woman whose impact on Kvothe’s life is demonstrated time and time again as the story moves forward. His relationship with her gives him new skills and a driver at different points of the story. However (and this may be partially due to the way the narrative is told in first person) she is still only making a contribution to the larger tale, since Kvothe is not privy to her larger background the way he is with some of the other characters her impact is relegated to a plot device to move the story along.

The second is probably more familiar, Mara Jade in the original Thrawn Trilogy. At the time she wasn’t being set up (at least in my mind) as Luke Skywalker’s future wife. Her experience, in fact her own history, plays a part in the narrative drawing together the elements between Smuggler, Imperial, and New Republic story lines. She isn’t one of the Big Three, but represents a facet of the Star Wars world that makes the story stronger. By weaving her tale into the larger narrative of the Rebel Alliance and fight against the Empire the story becomes more complex and more multi-faceted. Unlike Denna, Mara’s experience is more intertwined with the narrative rather than being one of many contributors. 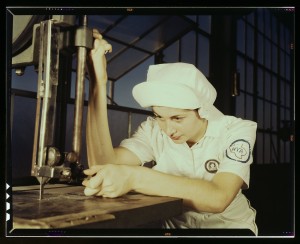 For historians, it is important to account not only for women, but for all perspectives of any given point in time. The one example at the panel was to start telling the story of major battles beyond the tactical strategy and to recognize that battles came to towns and not the other way around. To look at the full experience of all involved rather than just their role in connection with the battle.

There is opportunity in science fiction and fantasy for authors to strengthen their storytelling by considering the ways that female characters contribute and how their experiences affect the story. Obviously the role of these characters must fit within the story rather than being forced in to meet a demographic requirement. But looking past individual points of impact (contributions) to a default existence (experience) within the universe has the potential to enrich, engage, and produce a fuller tale for readers of all shapes and sizes.

So tell me–what are some great stories where women make great contributions to a broader narrative? What are some where her experience allow for a great understanding of the world in which the story takes place? What makes one work and not the other?

Priya Chhaya is a historian who loves the written word. When she’s not reading anything she can get her hands on she is writing about the past and its intersection in our daily lives on her personal blog ….this is what comes next.

The panel that inspired this post took place at the National Council on Public History/Organization for American Historians Conference earlier this year. The panel, called “Lessons Learned in Researching, Preserving, and Interpreting Women’s History at Historic Sites” and was moderated by Dr. Heather Huyck of the National Collaborative for Women’s History Sites.

Image credits: Del Rey for image one, Library of Congress Prints & Photographs Division for images 2 and 3 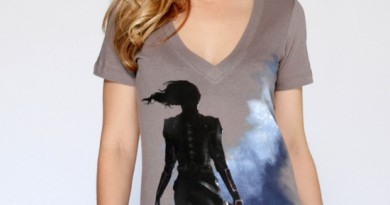 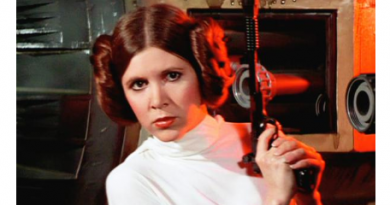 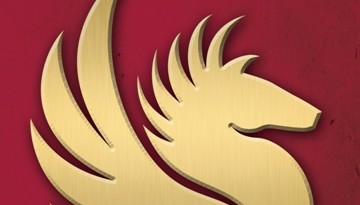