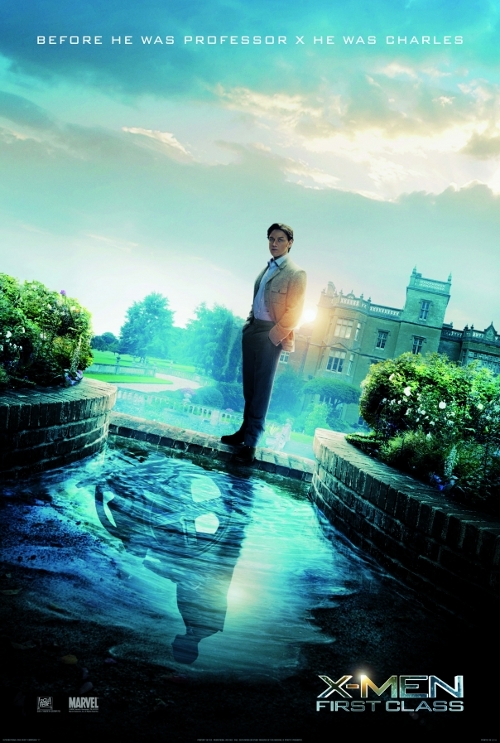 X-Men: First Class is a must-see movie for the summer. If you haven’t caught it in the theater, Marvel’s big screen offering is worth the trip. In the Cantina and over at the FANgirl Zone on Facebook, the feedback has all been positive.

The movie is an origin story focusing on the formation of the X-Men as two friends, Charles Xavier (James McAvoy) and Erik Lehnsherr (Michael Fassbender), lead a team of mutants to stop madman Sebastian Shaw (Kevin Bacon) bent on destroying the world and taking what’s left for the mutants. The showdown between the mutants culminates in a fantastic stand-off set in the middle of the Cuban Missile Crisis.

Amidst all this world-level peril and drama, there are intimate stories about how their differences affect each mutant. Kevin Bacon plays Shaw as deliciously evil for sake of being evil, and his actions, beginning with his manipulation of Lehnsherr, precipitate a divide between the mutants themselves that we know is played out for years to come.

Two of the most powerful scenes in X-Men: First Class feature Lehnsherr/Magneto. In the first, Xavier enters Lehnsherr’s mind and takes his pain as his own. The serenity this gives Lehnsherr allows him to stretch his magnetic powers to previously unimaginable levels. Professor X, in trying to return Magneto’s hope, in essence helps create the wildly-powerful mutant he must later fight. Raven (Jennifer Lawrence) is another mutant Xavier is determined to save as she struggles with her identity and quite striking blue skin. Lehnsherr, quietly and convincingly, nudges Raven down a path of self-acceptance. Raven casts off her old identity and emerges as Mystique.

Throughout the movie the audience laughed and interacted with the characters, which made the whole experience even more enjoyable. The cameos of Hugh Jackman as Wolverine and Rebecca Romijn as older Mystique were two of the more notable instances. The lack of cameo by Stan Lee was disappointing, but it’s far from a deal-breaker for this good of a story.

For true Marvel aficionados there are some continuity breaks, but the average movie-goer probably won’t be affected by the differences created between this prequel and the original trilogy. X-Men: First Class is definitel a hot brownie sundae with cool vanilla bean ice cream and hot gooey fudge on top.