Who is the greatest living artist of our time?

With this daring statement, arts advocate Camille Paglia ignites another controversy in her latest book, Glittering Images. Her aggressively opinionated approach places George Lucas and Star Wars in the hair-trigger sights of a fine arts community that Paglia condemns for “living in the past” while neglecting the present and future.

In her Introduction to Glittering Images, Paglia virtually challenges fine arts aficionados to find fault with her vision of Star Wars as “art” and, in particular, George Lucas as an “artist.” Her audacity in granting Lucas this lofty status may indeed seem preposterous to the insular world of fine art in which Lucas may be considered the antithesis of a master artist. Proposing that he belongs in the rarefied company of Donatello, Monet, Picasso, Pollock, or even architects of the ancient Acropolis may simply reinforce Paglia’s reputation as a talented provocateur.

The most important question about art is: what lasts, and why?

Star Wars fandom is stronger than ever thirty-five years after the release of the first film (Star Wars: Episode IV: A New Hope, 1977). To the surprise and bewilderment of non-fans, this retelling of a hero’s journey in the form of space opera captured the minds and hearts of millions around the world. Lucas’s stories continue to be passed from one generation to the next. These indicators suggest that Star Wars passes the first half of Paglia’s litmus test: longevity. 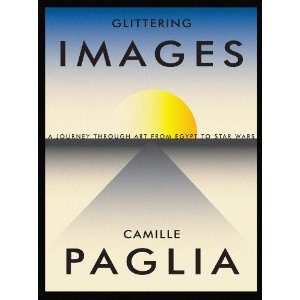 Fans are knowledgeable about Lucas’s background, the building of his corporate empire, and the technical innovations he initiated. They are well aware of the historical and philosophical inspirations that shaped a fully-formed Star Wars galaxy in his extraordinary imagination. This body of knowledge has become “the Lucas legend” for a vast worldwide community of fans known for their loyalty, dedication, philanthropy, and good-natured fun.

From their ranks, Paglia’s challenging opinions about technology as artistic media and the artistry of George Lucas will likely receive broader acceptance than from media critics and fine arts scholars. But long before Camille Paglia formulated her hypothesis, Star Wars fans understood – on a visceral if not intellectual level – the cultural significance of George Lucas’s work. They responded to it in ways similar to enthusiasts captivated by fine oil paintings and exquisite sculptures.

Star Wars fans have known all along what Paglia is working to impress upon the rest of the world.

The majority of those fans who pick up Glittering Images will go directly to Chapter Twenty-Nine. There they will read a fresh perspective in Paglia’s thoroughly researched and thought-provoking analysis of George Lucas’s contributions to modern culture. Some will be tempted to read only that chapter, yet it is best understood in the context of the entire book (particularly Paglia’s consciousness-raising Introduction). Beautiful, sometimes breathtaking, images of historical artworks are followed by essays, many of which contain subtle reflections of the influences that shaped Lucas: the young man drawn to philosophy, ancient religions, classical artistic styles, genre film-making, and graphic design. Easter-egg details are sprinkled throughout the book, forming a trail of historical breadcrumbs that lead its audience through the meaning of Egyptian paintings dating back to 1200 B.C. into the thirty years (and counting) of innovations at Lucasfilm and Industrial Light & Magic.

This book is an attempt to reach a general audience for whom art is not a daily presence.

The end of that fascinating art tour is named “Red River”: the Mustafar battle between Anakin Skywalker and Obi-wan Kenobi that is, in Paglia’s opinion, Lucas’s crowning achievement. Her extensive, eloquent analysis of that complex scene from Star Wars Episode III: Revenge of the Sith is a passionate response to what the author views as Lucas’s artistry, and a very good read. This penultimate chapter supports her assertion that the definition of art is already changed. It begs the question, “Has anyone else in the art world noticed?”

Glittering Images has been kept down to a portable size through careful selection of an interesting and eclectic series of twenty-nine paintings, sculptures, architectural details, and pop culture artifacts that form her book’s artistic overview – at the expense of hundreds more works the author knows very well  could have been added. Still, Paglia has chosen a mix of famous, infamous, and lesser-known works that she hopes will give broad exposure to art history. The visual aspects are printed as beautiful, photographic bookplates that show each piece of art to advantage, and their complementary essays vary from history lessons to critical analysis, opinions to anecdotes.

Paglia is a social critic, art historian, anthropologist, and keen cultural observer whose extensive knowledge and thorough research make the entries in this book intriguing. However, if Glittering Images falls short of its ambitious goal to be an accessible fine art reference, the weighty prose is as much at fault as it is commendable.

Although the author clearly makes an effort to stimulate the public’s interest in fine art, Glittering Images is a rather scholarly read, which is a potential barrier to part of this book’s target audience. The essays are beautifully written and rich in details but quite naturally composed in the professorial style and language that mark Paglia’s long career in higher education. A lighter touch with the essay language and editing of some lingering formality might have helped to attract more potential readers who have not found art history or appreciation very palatable in the past.

Art is not a luxury for any advanced civilization; it is a necessity, without which creative intelligence will wither and die.

Glittering Images is interesting, if not always compelling. A unique mixture of political candor, professional critique, gossipy details, and the author’s trademark inflammatory ideas. At its best, Camille Paglia’s writing stimulates readers to think about the importance and meaning of fine art in the reader’s culture. At worst, she occasionally teeters on the brink of mocking her subject as well as her audience with a mixture of disdainful opinion and erudite wit. Regardless, her most important message lies in the assortment of intellectual challenges and questions she puts forward. Paglia makes readers just a little uncomfortable with authoritative, purposeful statements that seem designed to irritate and move people to action.

George Lucas appreciates the importance of motivation and inspiration as his push for better education clearly shows. This is a quality that he and Camille Paglia share in theory, if not approach.  In writing Glittering Images, Paglia may be using Star Wars as a hook to capture the attention of her target audience yet she makes a solid case for Lucas and his technology as art while remaining a keen cultural observer who refuses to compromise her opinions.

Ultimately, Glittering Images is not just another trip through art history. It specifically extols the value and enduring legacy of Star Wars as it stands at the forefront of a new definition – a new era – in fine art. Camille Paglia is calling upon people who have habitually dismissed Star Wars as pop candy to instead take note of the cultural movement and artistic transformation created by the technology behind the films and their mastermind, George Lucas.