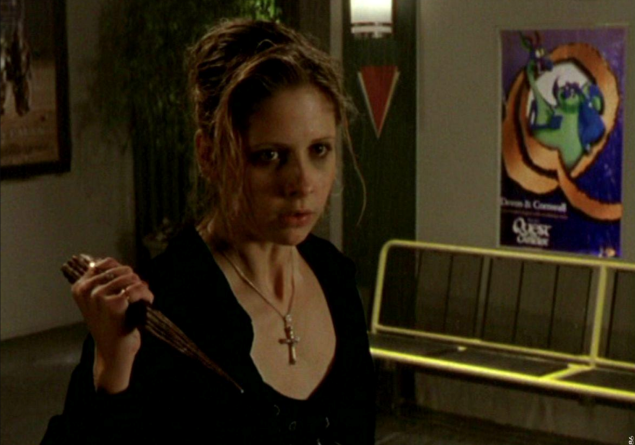 When Buffy the Vampire Slayer first aired in 1997, it felt like someone created a TV show just for me. I was the same age as Buffy. We hit several milestones around the same time. First boyfriend. First heartbreak. First demon beheading.

Well… some milestones. Not all.

Buffy had super strength, prophetic dreams and enhanced senses to fight evil. But for all those advantages, she was still human. As a young girl, she wasn’t immune to the pain and confusion of growing up. In other words, not every problem she faced was punchable.

Her powers made her strong. But the way the character reasoned and solved problems while vulnerable? Those are the moments that made her my hero.

You may notice, the quotes in this list start small. True to the arc of the series and the growth of the character, in the beginning, Buffy can only muster a few words at a time. They are typically reactions to something happening around her. Like most teenagers, she initially sees the world as affecting her. She has an external locus of control.

By the end of the series, she’s speaking vehemently. Frequently. She’s saying everything she needs to say, even when her allies are creating resistance or doubting her motives and plans. She has grown to possess an internal locus of control, meaning she understands that growth and change must happen from within.

When I started this piece I was looking for a few memorable statements that helped frame my journey with Buffy Summers. What I discovered was the three phases of the Hero’s Journey – the Departure, the Initiation and the Return – in her words. Today, we will look at the Departure, where our heroine strikes out from the Ordinary World and enters a supernatural realm where she discovers her potential.

For the record, there’s been some editing here to isolate Buffy’s quotes. Some dialogue from other characters has been cut from the larger speeches. 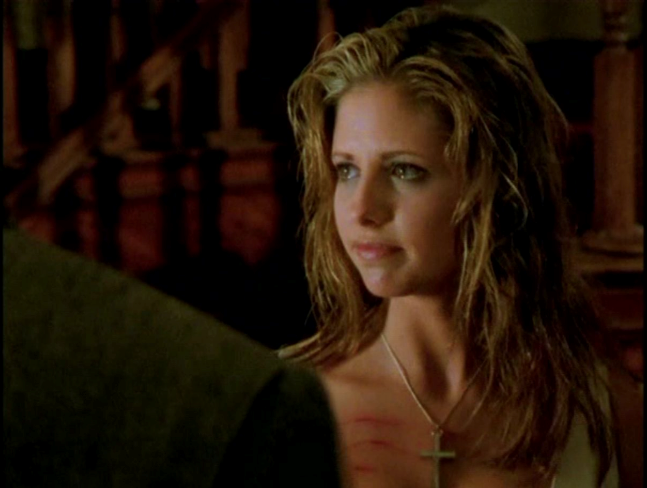 In this episode, Buffy faced her greatest threat, a vampire known as The Master. As a result, what she feared the most came to pass; she died. The Master drowned her. After some CPR, Buffy awoke righteously (rightfully) indignant.

When she faced The Master again, she sidestepped the drama that made him so intimidating to her before. Instead of engaging in an ever-escalating tete-a-tete, she mocked him, then took advantage of his temporary befuddlement. She took decisive action and killed him.

“You have fruit punch mouth. Save the hypnosis crap for the tourists…you’re that amped about hell? Go there.”

How you view your fears has a lot to do with how easily you can face them. You can give all your focus and energy to what frightens you. Or, you can focus on how to gain the upper hand.

Buffy allowed herself to be angry. When she opted to treat The Master like just another vampire, she departed from the Ordinary World young women find themselves in, one in which we can’t harness that emotion and deflect it back upon our enemies. In that moment, when she used her anger as fuel, her victory became inevitable. 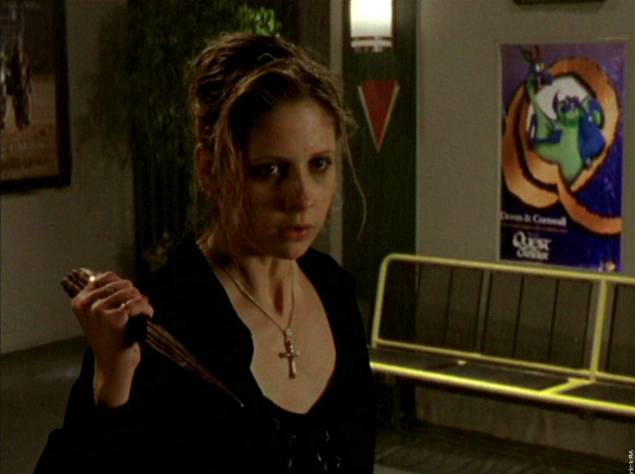 In Season 2, Buffy gave her virginity to her first love, Angel, who also happened to be a vampire. A curse caused Angel to lose his soul. This immediately transformed him from her boyfriend into a murderous monster.

This story represents a departure from innocence that young women understand; it is a threshold that once it is crossed there is no return. The writers described this plot as the ultimate metaphor for “the guy who won’t call the next day”. Needless to say, Buffy was devastated. When she faced Angel, he taunted her about her feelings, “You can’t do it, you can’t kill me.”

One swift kick to his crotch later, and Buffy realized he was right. She wasn’t ready. But that didn’t mean she would never be ready. She walked away from this fight, but acknowledged there would be another.

“Give me time,” she calmly stated as she walked away from Angel.

You might not win every conflict you face in life. That’s okay. If you aren’t ready to face a struggle, if you can’t beat it today? You can walk away. Regroup. Deal. That’s totally allowed.

What’s important is being willing to face your problem until you learn how to resolve it. 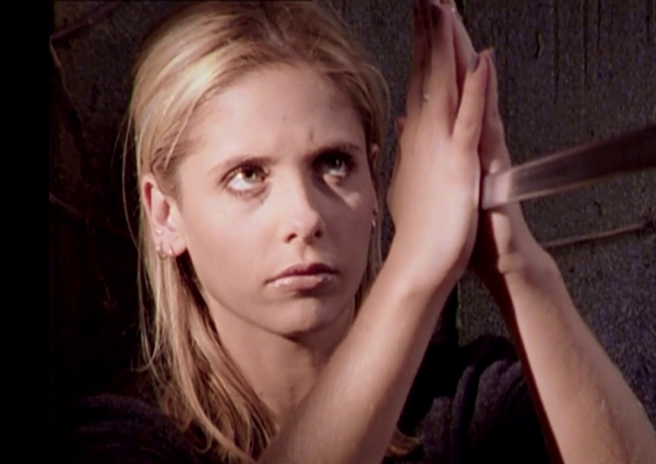 The showdown with Angel finally happened at the end of season 2. He threatened to open a portal to hell, something that would’ve triggered the end of the world. During the battle, he took every opportunity to cut Buffy down literally and metaphorically. When he finally had her cornered, he spoke, “So that’s everything, huh? No weapons. No friends. No hope. Take all that away, and what’s left?”

Buffy replied with one simple word, “Me.” It turns out, that’s all she needed to win the fight. She has grabbed the key to the overarching Hero’s Journey that will define her across the entire run of the show: her own person. Buffy quickly regained the upper hand and did what she had to do, killing Angel, sending him to hell, and closing the portal.

You can believe the untrue words your enemies or critics use to intimidate and belittle you, or you can disregard them. Focus on what needs to be done to accomplish your goal.

Obviously, we’re talking metaphorical enemies here. Unless you’re a real vampire slayer, in which case, go ahead and take this advice literally. 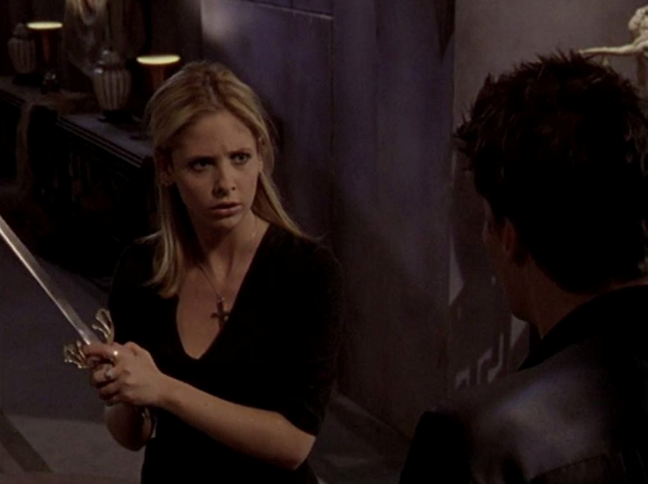 In an upcoming second installment, I’ll reveal how Buffy’s words illuminate the Initiation Phase of her heroic journey. In the meantime, please comment. Share the way Buffy’s words from seasons one and two affected, or still affect, you. 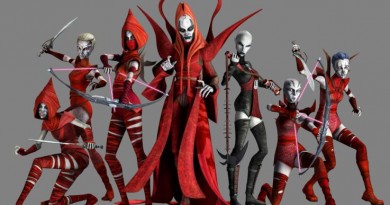 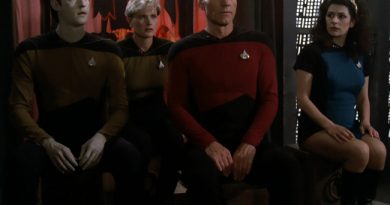 Five Evergreen Episodes of Next Gen to Watch Right Now