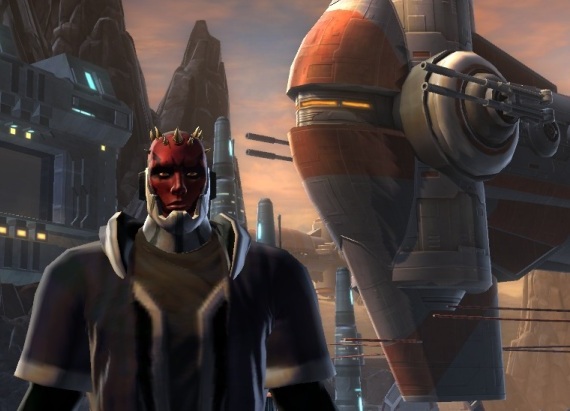 Once you have your account, you have to choose a server to play on. They are named for various SWTOR characters, and are labeled regionally. What is important is deciding what type of server to be on: Player vs. Environment, Player vs. Player, or Role Playing.

Player vs. Environment is where you can just play your game. Role-playing means you are supposed to stay in character. Player vs. Player is where anyone playing can attack you. It sounds too intimidating.

I’m lucky. Dante had his Virgil and I have DJ. He’s a Guildmaster on the Lord Adraas PVE-RP server, so that’s where I go. “Lord Adraas is a lame character from Deceived,” I complain to DJ. “Bioware put most of the prelaunch RP Guilds,” he answers.

The next step is choosing a character. You can make up to eight, one in each class. In the Old Republic faction, the choices are: Jedi Knight, Jedi Consular, Smuggler, and Soldier. In the Empire, you can be: Sith Warrior, Sith Inquisitor, Imperial Agent, or Bounty Hunter. You “roll” (create) a character, sometimes called a “toon.”

DJ’s Guild is an Empire Guild. I spent November doing NaNoWriMo, writing a novel-length story in thirty days. One of my characters is a Sith Warrior and he becomes my first SWTOR character – Lord Knell, as in “Death Knell.” 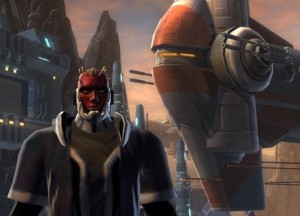 The Padawan and I make him together. We spend time trying to decide his species, his body build. We end up accidentally give him some scars that look like an accident from organic chemistry. I originally wanted him to be a pureblood Sith, but Padawan convinces me to make him Zabrak. When we’re done, Lord Knell looks like Tim Tebow, the Broncos’ quarterback, crossed with Darth Maul. Maybe Tim Tebow dressed up as Darth Maul? His accent is vaguely British South African. I’m not quite sure how that meshes with Tebow, but it suits Maul just fine. Padawan and I have a lot of fun with the process. In any case, I’m going to be spending sometime with Lord Knell, so it’s good that I like how he looks.

After much thought and research into the SWTOR storylines, Hubs and I decide to let Padawan make a character. She’s a Jedi Consular. She looks like a teenaged version of Padawan – if we were to let her dye her hair red. Her character also wears a tiara. The rules are: play for 20 minutes only, with a parent, chat toggled off – and only after all homework, chores, and piano practice is done. There are rules for me, too: I have to have my errands, phone calls, housework, and gym time done before I can play. It turns out to be a good motivator.

The next day, I find Hubs has made his own character. A Chiss Bounty Hunter, who looks exactly like him except blue skinned and red-eyed. Clever of Hubs, as he knows I have a thing for the Chiss thanks to Thrawn. I like the male Bounty Hunter’s voice, too; it’s a sexy Clint Eastwood growl.

Hubs also reveals his initial MMO reluctance. Turns out that before we met, he was a bit of a gamer. 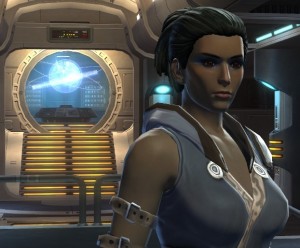 The last character we create is a Jedi Knight. I make her look like me, with a lot of input from Hubs and Padawan. They make me put her hair up in a pony tail, though the hair style options seem nearly endless. I try to argue with them that I mostly wear my hair down. But it’s currently in a pony tail, so my Knight gets a pony tail, too. Interestingly, though the male characters have an overweight option, the females don’t. I have a mental argument about this, but decide it would be a better Fangirl post and move on. So my character, also from NaNoWriMo, Sefani Pers, ends up looking eerily like me, if I had a team of make up artists descend to the bathroom and do up my eyes in blue eye shadow every morning. The disappointing aspect of the two female Republic characters is their voices. They sound like Girl Scout versions of Greta Van Susteren.

I’d already asked DJ what would happen if my character dies. His advice is practical: a medical probe will revive you, but you have to wait longer and longer for it. If you have to wait too long, you should return to the medical center and reconsider your strategy.

Thus reassured, I take Lord Knell to Korriban. There’s some guy running in circles and jumping. It seems totally bizarre. I later realize he was probably learning to move his character, which I probably should have done, but KOTOR has paid off in at least being able to move Lord Knell forward. In chat, someone comments that Lord is a title you get eventually anyway, didn’t I know? I want to say, duh, I didn’t know; because yeah, Lord Lord Knell sounds pretty lame. But I’m too chicken to chat.

I do follow the general chat because some of the advice seems helpful. But not all of it. I keep trying to unlock some boxes for one of my missions, a question someone else asks on general chat. Somebody replies, “Right click and hit control F4.” I try it and get booted off the server. I’m upset, but Hubs notes this is a lesson learned. This is the Sith Empire, after all.

Eventually I learn to use the number keys for different attacks. Killing and fighting are the main tasks I have, and I die many times. Still I manage to level Knell up slowly and manage to get online the same time as DJ so he can invite me in the Guild.

“I can answer your questions faster,” DJ says.

“DJ’s not the Help Desk,” Hubs says. That’s true, because DJ actually helps me, and the Help Desk at work makes me wish I could Force choke someone. I wonder if I’m playing my Sith character a little too much? 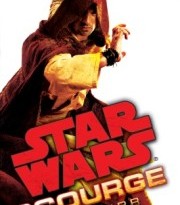 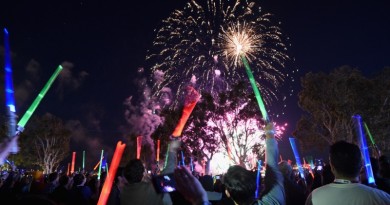 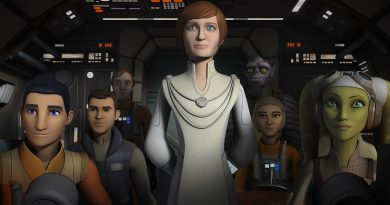