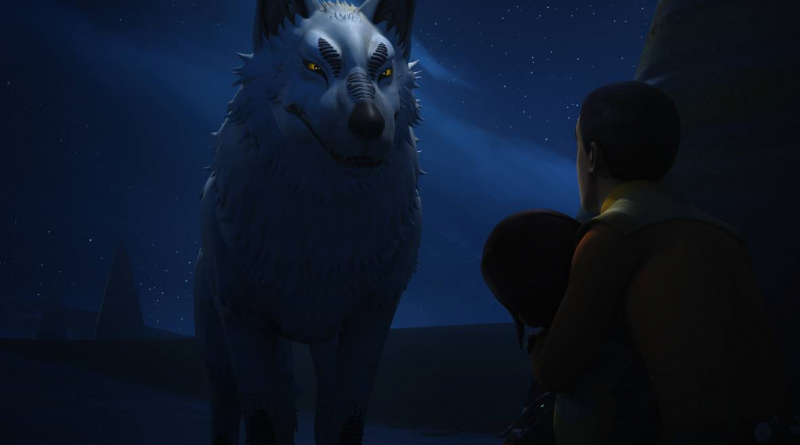 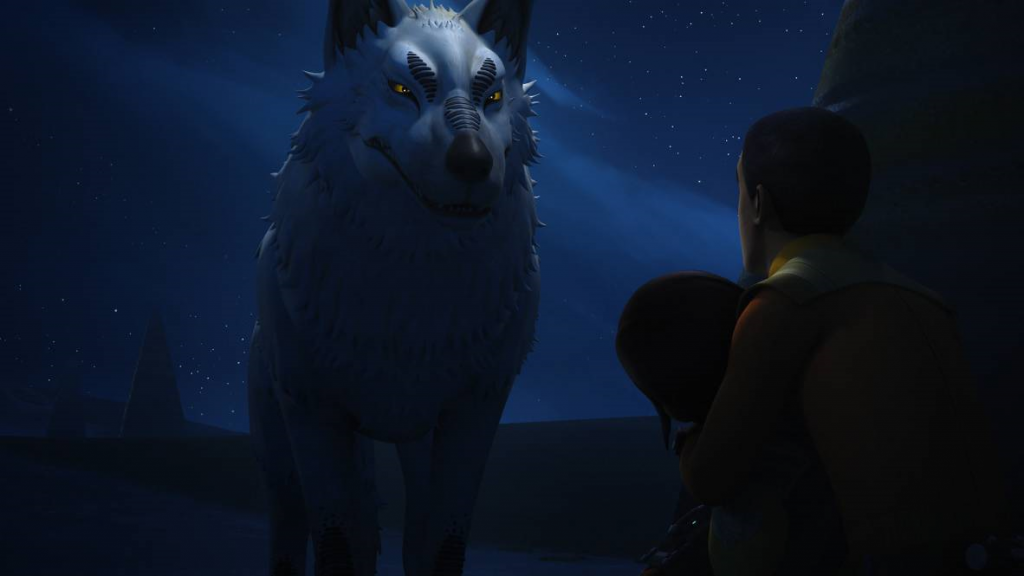 A lot happened on tonight’s two episodes of Star Wars Rebels. It starts to weave together the tapestry of adventures we have experienced with the Ghost crew over the past three years. Cikatro Vizago and the puffer pigs from Season One are back when Ezra and his found family return to Lothal. Not only old plot threads can be seen influencing these episodes, but also movies – and not all of them Star Wars. Here’s a look at some of the influences:

1) The first episode has ties to this week’s superhero movie release from Disney. Thor: Ragnarok screenwriter Christopher Yost also penned “The Occupation.” Yost has a long history of writing animation scripts. His move to working on film scripts suggests the leap from animation is possible. Showrunner Dave Filoni hinted at other possible venues for his storytelling in an interview at io9 this week, and Steven Melching, who co-wrote the second episode with Filoni, talked up the talent of the animation directors recently on Twitter. (Note: All the directors on Star Wars Rebels are currently men.)

I tend to tweet a lot about the writing (my perspective on #StarWarsRebels), but I wanted to give a shout-out to our incredible directors. Dave Filoni, of course, but also Justin Ridge, Steward Lee, Bosco Ng, Saul Ruiz, Mel Zwyer, Steven Lee, Brad Rau, & Sergio Paez. Next time you watch an episode, take a look at the beautiful composition, staging, lighting, color, blocking, and character animation. Each element is a deliberate creative choice, made for a story, character, or thematic reason. There’s no improv or random chance at work. Unlike most traditional animation, our directors shoot every episode like a live-action movie. Sets, props, and characters are built in 3D.

Many fans, including this fangirl, are on board for Filoni to make the leap to film or live-action television projects.

2) Ezra Bridger is the Ice Man of Star Wars. Fleeing the Imperial base with the TIE Defender prototype, Ezra pulls some moves that are clearly nods to Top Gun. According to Thrawn, Hera’s still the best pilot. Although Han Solo begrudging conceded Hera has the best ship in the new Forces of Destiny short released this week, Poe might beg to differ with them both and claim is position as Maverick.

3) Similar to last week, Rogue One influences the story. There is synergy with Lothal’s devastation and Jedha’s, which is actually further down the timeline. We see the Ghost crew decide to make a stand, much like Jyn Erso and her band of rebels did, against the prevailing wisdom of the Alliance’s powers-that-be. If anything, this story is likely making a stronger case for Mon Mothma and the other Alliance leaders to make a move after the Rogue One team inflitrates Jedha, in a similar way The Clone Wars gave more depth to Revenge of the Sith.

3) Over the past couple of years, we talked a lot on Hyperspace Theories podcast and here on the blog about Star Wars Rebels as a means to teach the language of Star Wars to a new generation of fans. The Loth-cats and their affinity for Ezra Bridger set up adorable animals playing a part in the lives of galactic heroes. Or in other words, this is likely previewing porgs and their role in The Last Jedi. For more on the porgs, check out Empire’s piece from today. If you look at the image below of the Loth-cats, you can even see the shape of the feline appear in the same way Bendu blended into the landscape of Atollon, suggesting there are bigger forces – or the Force – at work on Lothal. 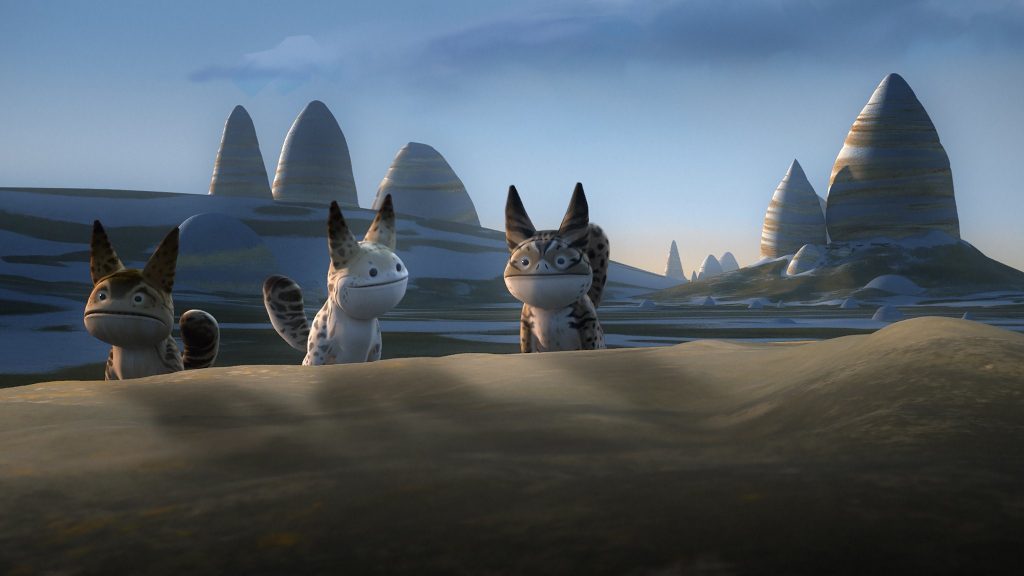 4) The cuddly critters lead naturally to thoughts on the white Loth-wolf that appears in “Flight of the Defender” and voiced by the Loth-wolf himself. (If this isn’t Dave Filoni, I’d be surprised. You can hear the show pack-leader Filoni as the stormtrooper befuddled by the Loth-cat in this episode.) One meaning of the episode name is obvious: a TIE Defender flees. A second meaning can be construed from the title, that “The Defender” is actually a person. Over the course of four seasons Ezra has questioned his purpose. Perhaps he’s not meant to fight the galactic war; perhaps his purpose is to defend Lothal. So we are seeing the Defender of Lothal’s flight on a white wolf.

The Loth-cats and Loth-wolf bring in to play a strong theme of nature exerting itself in a setting where the Empire is using technology to oppress its citizens. The closed caption action prompts give the ships animalistic sounds, from “howling” to “hissing,” suggesting this is a parallel that was knowingly written into the script. This same struggle between nature and industry plays out in Princess Mononoke, a movie Dave Filoni has called a favorite. We will talk more about wolves in storytelling at a later date, but for now, how about an iconic shot that may look familiar after tonight? 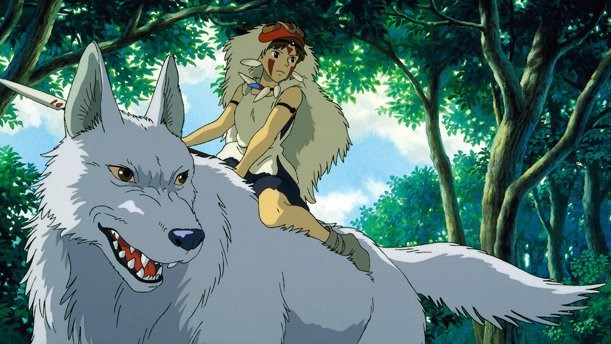 5) In regards to the cyclical nature of Hero’s Journeys, it is worth noting that Season Four returns to its roots in many ways. Obvious parallels can be seen in Ezra and Sabine’s visit to Old Jho’s Pit Stop, introduced in the Season One episode “Empire Day.” But the characters too are mirroring the first season, in that Ezra’s and Sabine’s bearing and teamwork very much mimic Kanan and Hera, right down to the way Taylor Gray and Tiya Sircar deliver their lines. Even the colors on their infiltration attire reflect Hera and Kanan. Sabine and Ezra are stepping up into bigger roles so their mentors can move into other roles. Notably, in these two episodes the dynamic of mutual respect plays out much better between Sabine and Ezra and Hera and Kanan, as opposed to last week’s episodes where the female characters were talked at in situations they would clearly be in charge or equal. Both “The Occupation” and “Flight of the Defender” had teamwork and banter we are used to from these characters, whereas last week’s episodes did not.

6) If Ezra is stepping into a new role, a new heroic journey, it should be noted that “The Occupation” reintroduces Jai Kell, a Force-sensitive character fans met in Season One’s “Breaking Ranks.” 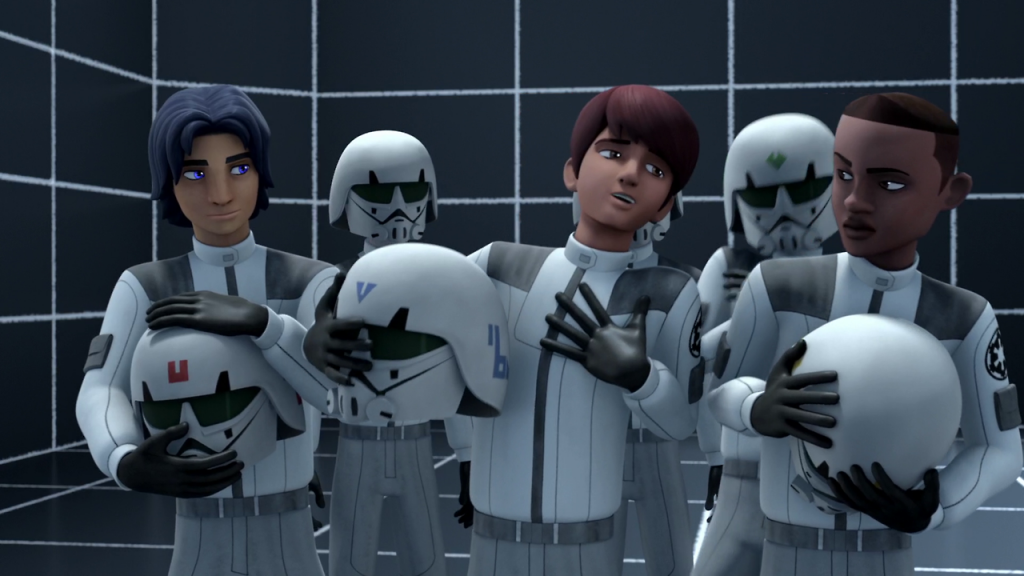 7) Finally, what did that Loth-wolf actually say? After pondering any number of possibilities – do, due, doom – the closed caption reveals that the wolf says, “Dume,” the surname Kanan used before Order 66 when he was a Jedi named Caleb. Knowing Filoni, this moment and this name has been part of the master plan all along. What does it mean? We’ll have to tune in next week to see. A final thought from Dave Filoni:

“The Force is what gives a Jedi his power. It's an energy field created by all living things." pic.twitter.com/N6KaJbUB4B

Check back later for our Star Wars Rebels review from Ross Brown. 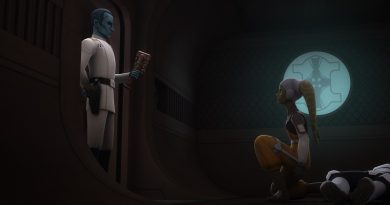 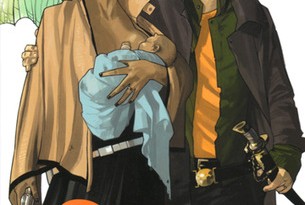 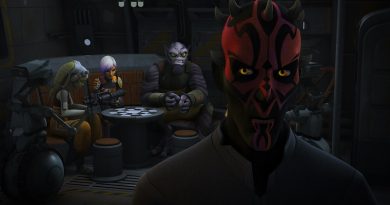