One of the most fundamental lessons of the Star Wars six-movie saga is the difference between selflessness and selfishness. The good guys do what’s best for everyone even at a steep cost to themselves, while the bad guys do what they want regardless of the harm to others. This is one of the themes that gives Star Wars so much resonance over thirty-five years after its release.

Last Friday was May 4th, a day informally adopted by Star Wars fans to celebrate their fandom far and wide. Star Wars was regaled all over the internet and news media, not just on fansites. People who only casually pay attention to Star Wars were reminded of why it’s such a popular franchise, and how enthusiastic and fun its fans can be. May 4th is a day to celebrate Star Wars, and to invite as many people as possible to join us in our fandom. It was the day Celebration VI announced celebrity guest Carrie Fisher, who played Princess Leia – a character who smashed tropes and inspired thousands of young women to think of themselves as heroines.

Friday also happened to be the day the leadership of EU Cantina chose to publish a column by their contributor Chris titled “Let’s Stop Thinking About Gender.” In it, he chastised female fans for having the temerity to call for having more and better female characters in the EU stories and insisted that everything has been fine in the EU books. After an immediate significant negative reaction, EU Cantina explained that it was a rebuttal to an earlier column posted by their contributor Nanci. At no point within Chris’ column, however, was its posture as a rebuttal noted so that readers could be given the freedom to view the opposing opinion. Chris’ column is a one-sided admonishment and nothing more, and it goes out of its way to personally insult and offend a wide swath of fans. We found it especially disappointing that the administration of the EU Cantina picked May 4th of all days to post something so selfish and narrow-minded.

Other sites, including Roqoo Depot, Club Jade, The Galactic Drift, and Tosche Station already have thoroughly and effectively addressed the problematic and offensive aspects of Chris’ column. Rather than reiterate their well-made points, we wanted to add a few additional comments on the situation in the hope that there might be a “teachable moment” silver lining in the dark cloud that blossomed over the fandom on Friday.

First, the situation sadly illustrates that condescension toward women still is not, in the eyes of many, viewed with the same seriousness as other insults. Imagine if Chris’ column had been about race instead of gender, and he had belittled black Star Wars fans for asking for more faces like theirs in the EU by insisting that Lando Calrissian and Mace Windu are good enough. Both Chris and EU Cantina would have been ostracized in the fandom in a heartbeat. Yet because Chris was “only” telling female fans to shut up about gender issues, some fans think it’s okay to support him and defend him. Our society, and our fandom, still have a long way to go.

Second, the column demonstrates the unfortunate persistence of toxic conventional wisdom in pop culture discussions, too. Chris berates female EU fans for asking for more strong and better-characterized written female characters in the books – but he says nothing about all the male fans also asking for the same thing. The recent huge successes of The Hunger Games and The Legend of Korra, not to mention Ahsoka Tano in The Clone Wars and many others, clearly refute the notion that well-written female protagonists are only something that women want. The stories are better for everyone when they have more, better-written female characters. Having more compelling female EU characters won’t just sell more books to women – it’ll sell more books to men, too.

Third, Star Wars fans find great joy in the fact that people can experience and enjoy the fandom in so many ways. The fandom has movie purists and EU fanatics, cosplayers and gamers, collectible hounds and autograph seekers, fanfiction and fan art and fan film, and much more. Everybody likes what they like, and it’s entirely appropriate to ask the relevant Powers That Be to produce more of what you like – whether that’s a Ben Quadrinaros action figure from Hasbro or an EU novel with a female lead from Del Rey.

What crosses the line in the fandom is when the tone shifts from asking for more of what you like into bullying other fans to try to stop them from asking for more of what they like. Unfortunately, this is the second time in recent months Chris has posted that kind of EU Cantina column: a few months ago, he lectured other fans that they should stop paying so much attention to Red Tails, George Lucas’s new World War II movie with an all-black cast of heroic fighter pilots. No one begrudges Chris his own personal views on what he likes and dislikes in the franchise. What’s objectionable is his attempt to shout down and silence the voices of those with different perspectives and preferences. Chris wants more of what he likes, and apparently he doesn’t want to have to see or hear about anything he dislikes – he doesn’t like George Lucas, so he wants other people to stop talking about him; he doesn’t want the range of EU stories to change to benefit other fans who like different things than what he does. Regardless of whether he intended his two columns to be racist and sexist, they are undeniably one thing: profoundly selfish.

Fourth and finally, regardless of whether insult was intended, many women are going to take offense when a man lectures them about what they’re supposed to like, especially when it’s based on stereotypes and prejudices. Assuming that women will like a new female character is demeaning; not every male fan likes every newly introduced male character. Kerra Holt is a female lead but she hasn’t resonated with many women EU fans; Vestara Khai was created as a touchstone for male fans, not female fans, and most women readers didn’t connect with her character or her story arc. (Specifically, Vestara Khai only existed as a romantic foil for a young man, as the young woman who needed to be saved from the dark side by him – exactly the love interest and damsel in distress tropes that are in desperate need of modernizing within fiction.) The same goes for existing characters. Male fans don’t just sit back and say nothing when they believe the characterizations of their favorite characters are being butchered – such as, recently, Jacen Solo, Vergere, or Kenth Hamner – and female fans are just as welcome to be vocal about Mara, Leia, Jaina, or Luke Skywalker. And it’s also a repugnant assumption that women fans are supposed to like the books written by women authors. There are certainly a lot of men who don’t like books by Nicholas Sparks or James Patterson. Karen Traviss’ clone- and Mandalorian-centered books tend to be most popular with fans who like military fiction, which is a predominantly male group; Christie Golden’s Fate of the Jedi novels are highly unpopular with many women. Yet Aaron Allston, Mike Stackpole, and Tim Zahn have all been tremendously popular with women EU readers for years – and each writes great female characters.

Star Wars is for everyone, and the Star Wars fandom is one of the biggest and most diverse out there. The more open and accepting we are, the bigger the fandom will grow – which only means more Star Wars for all of us to enjoy. When narrow-minded fans become selfish, and only want Star Wars to be their Star Wars no matter what other fans like differently, they end up not only missing the point of how great it is to be a part of this amazing fandom, but also missing the point of the Star Wars saga itself. 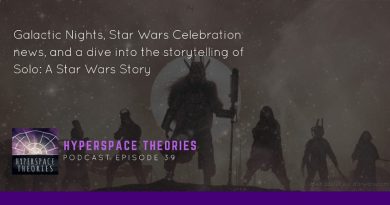 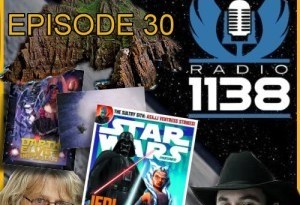