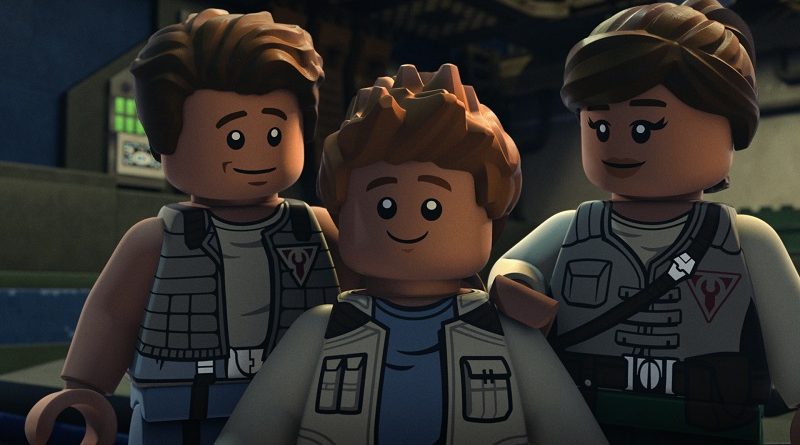 Often times fans become wrapped up on whether Star Wars stories are canon, but sometimes there are shows which happily shrug off the weight of the increasingly expanding universe for something more valuable: fun and laughs. In Chicago at Star Wars Celebration, the two minds behind the animated LEGO shows The Freemaker Adventures and Star Wars: All-Stars, Bob Roth and Bill Motz, appeared along with Lucasfilm loremaster Leland Chee and LEGO producer Jason Cosler. The panel on the Fan Stage of the McCormick Place convention center was intended as warm send off to Roth and Motz, whose Star Wars projects had come to an end, at least for now. For those unfamiliar with the shows, The Freemaker Adventures is a comedic, but sincerely hope-filled, tale of the Freemaker family composed of sister Kordi and brothers Rowan and Zander. Over the course of multiple seasons, Rowan discovers that he’s gifted with the Force and destined to play a major role in preventing Emperor Palpatine and his minions from gaining the power to destroy the Rebel Alliance. The Freemakers also join the Rebel Alliance in the second season, joining the ranks of our historic heroes like Admiral Ackbar and newer heroes like Hera Syndulla. Another member of the family is a reprogrammed Clone Wars era battle droid named R0-GR, pronounced Roger. The hapless Roger also serves as the narrating framework for Star Wars All-Stars, a series of vignettes set throughout the timeline of the Star Wars universe involving a variety of well known characters.

While the room was regrettably only about half full of fans, the atmosphere was a positive one. It started off by the gifting of handmade Graballa the Hutt hats to Motz and Roth by Johnmarie Macias, a fan and host of Star Scavengers, a Freemaker Adventure-centric podcast. (If you follow her Twitter, you will continually be amazed by her skill and ingenuity in handcrafting gifts.) This was followed by a short montage on a large screen of emotional moments from both shows, put together by TheForce.net’s Steve Dunk, the moderator for the panel. The conversation, somewhat dominated by an excited Roth, ranged from the early beginnings of The Freemaker Adventurers – it began at a horribly crowded party and an executive screaming out a question of whether Motz and Roth might be interested in a show – to the honest admission that they both were horrible with thinking up names. Peppering answers and comments were Chee and Cosler, often providing information about the background aspects of producing the show. Chee, in particular, helped to explain how the shows are “canon adjacent” and not canonical. An example of this would be Hera Syndulla appearing in the Star Wars timeline after the events of The Empire Strikes Back, thus establishing the character survived the storylines of Star Wars Rebels (this was a bigger deal when that show was still airing). However, anything Hera said and did in the Freemaker Adventures show could not be relied upon as canonical.

Then there was the surprise appearance by Matthew Wood, voice of Roger for both shows, who showed up halfway through the panel, chirping in on a microphone from the back of the room. More notably, he worked as a sound editor for Lucasfilm, earning Academy Awards for his work in the prequel trilogy, as well as voicing the breathing challenged Separatist general Grievous. Like everyone else involved with the shows, Wood glowed with an exuberance for the work the show had provided, an affection shared by the assembled crowd.

Wood, who benefited from the time jumping format of All-Stars, knew his character survived the titular wars of the show. For the other characters, Roth and Motz kindly ran down the list of their character names in rapid-fire succession, letting the fans know their fates. For those who listed the Force user Rowan at the top of their favorite list, rest easy, the creators placed Rowan far from the savage murder of the Jedi at Luke’s training academy.

Like the shows, the panel with the wistful statements by both Roth and Motz that they hoped someday to work again in the Galaxy Far, Far Away. They advised fans that they hoped their shows get streamed a lot on the upcoming Disney+ platform, and new seasons ordered. For as much as The Freemaker Adventures and Star Wars: All-Stars could be over the top silly, the sincerity that flowed through both shows was true to the spirit and themes of the franchise, but distilled and enjoyable for fans of all ages. After the panel, it seemed quite obvious the same was true for everyone involved in their creation.

A Long Time Ago: A Fangirl Historian’s Thoughts on Star Wars’ Future 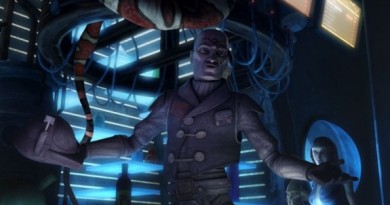