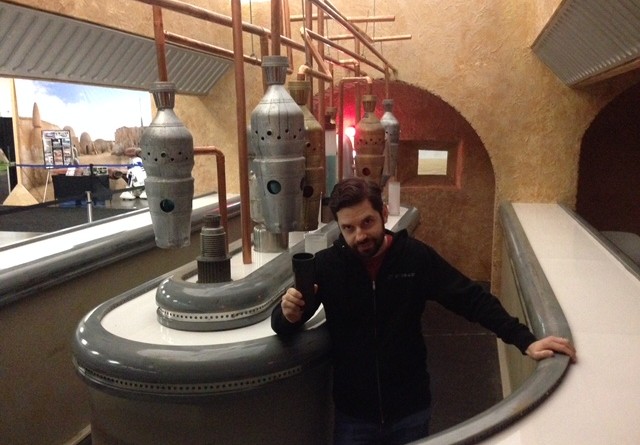 One of the questions Tricia asked the panelists during the From A Certain Point of View panel was what we most enjoyed about Star Wars. Before Celebration Anaheim, I had a fairly stock answer: the movies, of course, especially IV, V, VI; some of the EU novels, especially Timothy Zahn’s, playing SW:TOR and the interesting people I’ve met. What I realized at the convention was that really, truly, what I love most about Star Wars are the other fans. 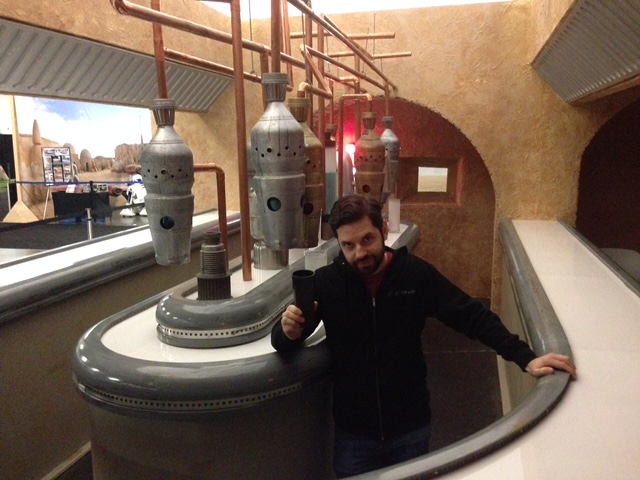 I met quite a few interesting people at SWCA and in this series of posts I would like to share their stories with you.

Star Wars Celebration Anaheim ran from April 16-19, but it began early for me. I flew out on April 15, and the party started from the moment I was at the gate waiting to fly from San Francisco to Anaheim. I had one of those lucky mornings where there was no traffic, I got TSA precheck, and I was at the gate comfortably early. I sat with my Peets and people-watched, trying to figure out who was going to Celebration. It turned out it was almost the whole flight.

That’s where I met Dan Brooks.

I was familiar with his name, of course, as he’s Lucasfilm’s senior content writer and one of the editors of StarWars.com. It was fun to put a real person together with “a guy whose job I really envy.” In his interview, Dan talks about the joy of meeting other Star Wars fans, which was obvious when we met and fell into easy conversation. Dan has a deep knowledge of Star Wars, a wry sense of humor, and a quick wit which made our delayed flight to Anaheim totally fine – more time to talk, and laugh, about Star Wars.

This was not my first Celebration! I was lucky enough to attend Celebration Europe 2013 in Essen, Germany, and cover it for StarWars.com.

The panels and life-size props are definitely highlights for me, and meeting people I’ve only talked to online was really wonderful. That aspect makes me wish I started coming from the beginning. Plus, I was able to right a cosmic wrong by picking up a 1977 Kenner Han Solo figure for my collection. But the honest truth is, it’s the positive spirit and energy of Celebration that I enjoyed the most. Everyone was so, so nice, and excited for a common interest. It’s something that you have to experience to understand, and is just really special. You understand why it’s called “Celebration” – there’s genuine joy there.

Lugging my laptop around, which weighs about a thousand pounds, was definitely the lowlight for me. I believe my shoulder, which bore the brunt of the laptop carrying, is now a Force ghost of some kind.

In terms of my initial exposure, I don’t really remember at this point. I was born in 1980 in Brooklyn and lived there until I was six, and I have certain Star Wars-related memories from that time. 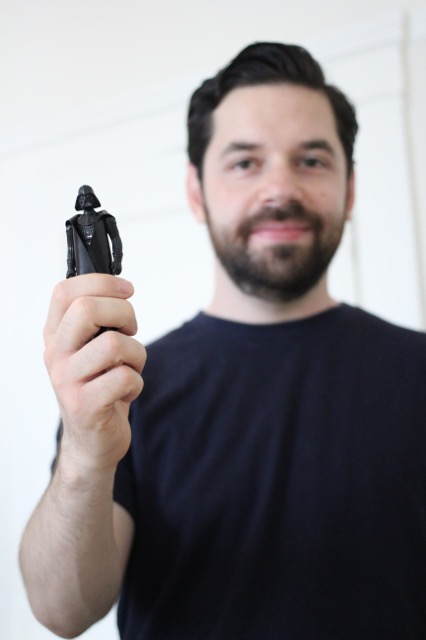 I remember my dad coming home from a business trip with a Darth Vader figure for me, and I was so shocked and thrilled to have a toy of this amazing bad guy. That could’ve been 1984. I remember going to a rerelease of Return of the Jedi in 1985 and taking all my figures to theater, lining them up on a seat, and then sitting on my dad’s lap to watch the movie. And I remember a couple of times that I had a fever – I would take a nap, wake up, and there would be a new Star Wars figure on the bed waiting for me. That was my awesome mom. Those are really powerful memories for me.

But I do remember how I got back into it when I was older. I was 11, so this was 1992. Star Wars had kind of been dormant for a while – the Dark Times, post-1983 – and it definitely wasn’t known in my school. Anyway, HBO was promoting that they were going to air Empire on a Friday night and Jedi on the Saturday, I think. I thought, “Yeah, I’ll check that out.” I mean, I hadn’t seen them in years and really didn’t remember them. So this was almost like seeing them for the first time.

And watching them again, I thought Empire was just incredible. It was one of those few moments where I was truly amazed by this work of art I was experiencing. It’s like the first time I heard Abbey Road – you wonder how people can make something so good and so rich. It was exciting, it was funny, it was smart, it was dangerous, it was cool. I felt it all over again with Jedi, and that was actually my favorite of the original trilogy for a long time. The sail barge scene blew me away (and still does), and the finale was like nothing I’d ever seen before.

So, that was my reintroduction, and I haven’t left Star Wars since.

Luke Skywalker. It may sound strange, but it’s a character I’ve learned a lot from and continue to learn from. Not from a writing or storytelling perspective, but from a who-do-you-want-to-be-in-life perspective. He’s just inspiring, faults and all.

If not him, I’ll take the Ewok who steals the speeder bike in Jedi. He had guts. And I like the outdoors. 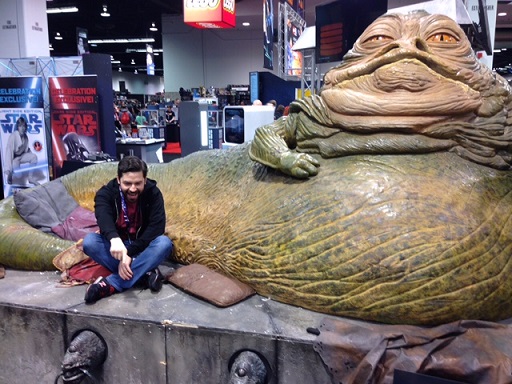 It’s something that just clicks with me, and I know that I’ll be a fan forever. Really, forever.

Coupled with that is the joy I feel when I meet another fan; I know that they get it, and by extension, get why I love it. There’s an immediate connection. You don’t have to explain yourself. That’s probably why Celebration is different, and why it’s such a meaningful event for people.

I ended up in San Francisco to work at Lucasfilm! I was born and raised in New York (Brooklyn and Staten Island, really), went to NYU, and then lived in Brooklyn ever since I finished college. I always said that I’d only move out of New York if it was to move far away, because then it would really be kind of an adventure, and I’d only move if it was for a company I really wanted to work for. So, I always checked in on Lucasfilm, and finally something that aligned with my experience opened up. And this position is really something I’d always wanted to do. Long story short, I applied, flew out for some interviews, got the job, and moved out here in three weeks (with a lot of help from my wife). It has been an amazing job and experience for me. I still can’t believe it when I think about it. 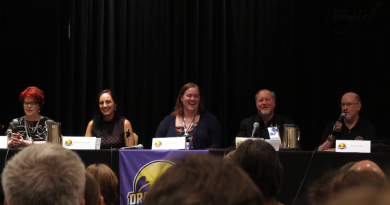 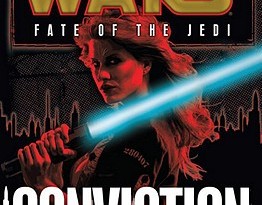 REVIEW: Fate of the Jedi: Conviction by Aaron Allston