The Twentieth Anniversary Edition of Heir to the Empire went on sale yesterday. When the cover art was first revealed, I commented briefly about why Timothy Zahn’s novel – and for that matter the entire Thrawn Trilogy – is rightfully considered a classic of the Star Wars Expanded Universe. Now that the special edition is out, I thought I’d share a few additional thoughts.

The anniversary edition is cool, but ultimately I’m not sure if releasing it in hardcover, with a sticker price of $30 in print and $15 on Kindle or Nook, was really the best format for maximizing fan interest and company profits. Existing EU fans probably already have a paperback copy, and a new EU fan giving the trilogy a try for the first time can get the original edition in either paperback or ebook for the much lower price of $8. What is Del Rey offering to entice either kind of fan to buy this new edition? Leaving aside the foreword, introduction, and afterword, at only ten pages between them, the new content consists of the annotations and the brand-new novella.

The annotations are fascinating, giving some great insights into the earliest days of the modern EU and into the workings of the creative process for a masterful writer like Zahn. I certainly had a lot of fun reading them, and learned a thing or two about Star Wars and writing in the process. After an initial blitz in the first several chapters, it averages to five margin-notes per chapter for the rest of the book; while some are lengthy, most are just a few sentences. It’s not a lot of new content, all things considered, and I wonder how many customers – especially those outside the preexisting devoted Zahn fanbase – will think it’s worth the substantial price jump just to get to read them.

Even more so with the novella, Crisis of Faith, by far the bigger addition at fifty-one pages long. Without getting into spoilers, it’s fair to say that the novella has a more direct relationship to several other Zahn novels, particularly Vision of the Future and Choices of One, than it to does to Heir itself. Perhaps including the novella with Heir will entice some new readers of this edition to get those other books, as well – but that’s assuming they’re willing to shell out significantly more to have bought the new edition in the first place, rather than just starting with the much cheaper, still-available original edition. Likewise, how many existing EU fans who already own or have read Heir are going to drop $15 or more to read the novella, compared to the number who would have been willing to spend, say, $3-4 for a Crisis of Faith standalone ebook? I’d bet many of the fans who’ve already read those other Zahn books would jump at the chance to do that. Failing to unbundle the novella is just leaving money on the table.

This isn’t to say that a hardcover anniversary edition could never be worth it as a product. One disadvantage of novels as a Star Wars medium is that they are, by their very nature, not as good at conveying the spectacular visuals that have defined Star Wars since its first theatrical run. Comics capture that visual spirit of Star Wars EU storytelling much more effectively, and a variety of sourcebooks also have provided visuals for many characters, creatures, vehicles, and other items from the EU. Why not incorporate those images – whether existing versions or newly commissioned art – into the special edition, and give the book a quality that few other novels on the market can match? Maybe even include the art only in the print release, not the ebook (or, obviously, the audiobook). Tricia, for example, isn’t planning to pick up the Heir anniversary edition, but she certainly would buy a commemorative souvenir edition with art.

In the end, though, it’s worth emphasizing that my reservations about the anniversary edition are just that – I’m underwhelmed by the value-added and sales efficacy of this version of the book. I have no qualms at all about continuing to recommend Heir to the Empire to Star Wars fans, whether old or new, experienced in the EU or unfamiliar with it. There’s a reason Zahn is one of the most fondly viewed authors in the EU, and the Thrawn Trilogy has stood the test of time for EU fans. Twenty years after its release, it remains in the top tier of nearly every EU fan’s list of favorite EU books or series.

Part of the reason for that, I believe, circles back to a recurring theme of this blog: the characters and the story Zahn tells with them. The heroes from the movies are consistently in-character to what we expect. The new characters draw upon archetypes familiar from the movies: Imperial officers, Rebellion-turned-New Republic operatives, scoundrels with tricks up their sleeves, and Force-wielders with mysterious pasts and closely guarded secrets. Zahn’s female characters shine, whether it’s leads like Leia and Mara Jade or supporting players like Winter and Mon Mothma. Mara resonated with so many fans from the start because her skills, resilience, and wit made her a match for Luke – a strong female character, without a doubt. (Her road to “heroine” might have taken a bit longer, but even in Heir it was clear Mara was no villainous Vader or Fett.) And let’s not forget, Leia is pregnant during the first two books of the trilogy and gives birth in the third, yet she has no shortage of significant scenes and major roles to play – including a memorable action sequence in Heir defending herself from shadowy assassins. But the Han-Leia bond is only one small piece of the friendships and relationships that form the core of the story Zahn weaves. Luke couldn’t succeed without the help of his sister and best friend. Han counts on Chewie and Lando nearly as much as Leia, who has her own set of reliable allies in the political arena. Mara and Karrde evince a teamwork that has made them both more effective, and know they can count on one another when crunchtime arrives – not to mention Mara’s chemistry and begrudging cooperation with Luke. Even the enigmatic Thrawn needs his trusty sidekick Pellaeon to succeed to his fullest.

More recently published EU novels have struggled mightily in these areas, especially the serious failures at writing female characters. The books also have shied away from marriages and kids for the next generation, as though it would somehow weaken the characters rather than improve them. 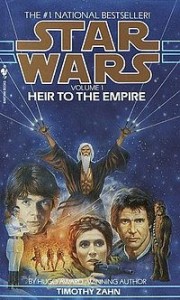 Most of all, the recent books in the flagship series seem to have lost sight of the core message of the Star Wars movies: that family and friends is what our heroes are fighting for and what gives them the strength and the resources to triumph over adversity. Although Chewie and Anakin Solo died, the New Jedi Order series did well at keeping this aspect of Star Wars at the center of its story and the character motivations. Since then, though, the path has been quite different. A key element of Dark Nest involved separating the younger generation from the older generation, and the mistakes and misjudgments both groups made without the balancing of the other. Legacy of the Force, of course, had family trauma to the Skywalkers and Solos as the principal driving plot point of the series: Jacen’s fall to the dark side. And now Fate of the Jedi has relied primarily on separating the Skywalkers from the Solos, and the rest of the Jedi, in the exile odyssey serving as the premise of the series.

Reading Heir to the Empire reminds us what Star Wars is supposed to feel like, and tells the kind of story that made us all connect with the Original Trilogy so strongly when we first saw it. If you’re an EU fan already and you’ve read Heir before – maybe several times before – but don’t feel inclined to buy the anniversary edition, you can still take a moment to thank Zahn for his great contributions to the EU. Or you if you haven’t already, you can buy Choices of One – with our recommendation – and show your financial interest in more Zahn books in the future. If you’re a Star Wars fan thinking about giving the EU a try, or maybe a scifi or fantasy reader thinking about giving Star Wars novels a try, Heir is as good a place as any to start, whether it’s the original or anniversary edition you buy in print or in ebook.

Even if this particular anniversary edition isn’t a smashing sales success, it won’t change the underlying reality that, now more than ever, the EU needs more novels like Heir to the Empire. 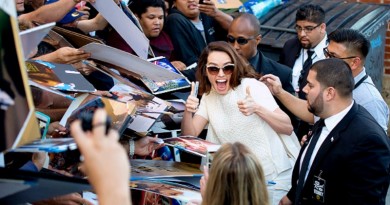 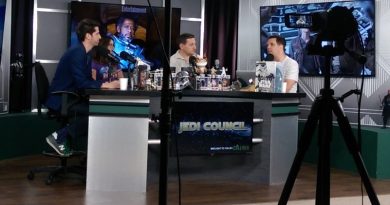 2 thoughts on “Heir to the Empire Anniversary Edition”